Watching out for Reiterations: Eliminating Redundancy in Your Writing 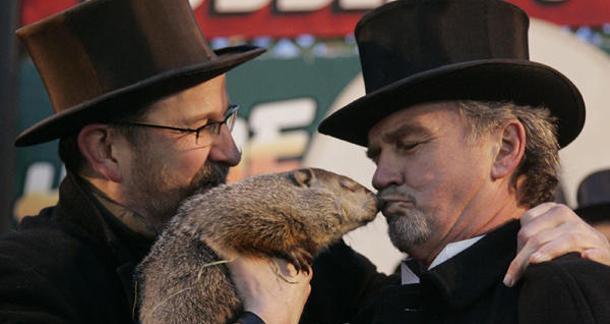 Ah, Groundhog Day—my favorite movie. Let’s celebrate Bill Murray’s thousand-something February 2nds in Punxsutawney, PA by talking about redundancy. Redundancy in writing is when you reiterate a repetitive expression or when you repeat a reiteration, which is to say that you said it more than once and in more than one way. (Ha!)

Did you catch those? Of course you did. I don’t claim perfection in this area. A look back at my articles would surely show that I use redundant language often. However, I do try. I like to write long, wordy sentences, but I know my reader doesn’t always wish to read them, so I try to limit my messages to the essentials. That said, I fully admit to hypocrisy.

There are many, many redundant expressions that are common. After you read this article, I guarantee you will see them everywhere—in the media, in your favorite books, in emails from friends and coworkers, in work communications, and in marketing materials. I do not think it’s possible to eliminate them all, but in your writing, being able to spot redundancies can make your writing stronger, clearer, shorter, and fresher.

Here are a few examples of redundant expressions as pointed out by a few of my favorite sources:

According to my favorite guru, Mignon Fogarty (a.k.a. Grammar Girl), redundancy is

a subspecies of wordiness.

Here are a few of her least favorite redundant expressions culled from her book Grammar Girl’s Quick and Dirty Tips for Better Writing and an article on her website called “Are You Annoyingly Redundant?”. (Note: I use my own examples, but borrow ideas from her book and website. Same goes for the other sources mentioned.)

The Reason is Because

The word because implies that you are talking about the reason. To use both words is to doubly explain your motives. Removing one or both of these words can make your sentence much better. Take these examples:

Past History and Past Experience

Gosh, I feel like I’ve seen either one of these expressions on every job ad I’ve ever answered, and there have been many. Both history and experience are defined as being in the past. In the case of experience, if you are talking about current times or future times, it’s fine to add modifiers to specify that. For instance:

I hope my future experience in this industry is better than my past.

Take what I said in the last section and reverse it.

Grammar Girl takes this common expression to task claiming that the or not is a bunch of fluff. Consider this sentence:

Fred couldn’t decide whether or not to order the stuffed duck.

It would be much better to omit the or not and simply say:

Fred couldn’t decide whether to order the stuffed duck.

It’s easy to find examples of these extended abbreviations in many common acronyms (and, yes, initialisms, you know-it-alls). The M in ATM stands for machine, so there’s no need to add the word to the end. The V in HIV stands for virus. The P in RSVP stands for plaît which is French for please. The N in PIN stands for number. You get the idea.

The word invite is sufficient, unless you are talking about literally handing a card with the invitation on it to a person thus extending your arm with the invitation in it. I think I see this used most often in scenarios in which a person is asking to invite someone who was not invited in the first place. In this case, it might seem to make sense, but really, all you need is the word invite. It encompasses all.

The next examples come from the blog on the Oxford Dictionaries site.

Not only are these adverbs and adjectives overused and ubiquitous (haha), but because they get used in redundant phrases so frequently, they have lost much of their impact. When someone says my car was completely totaled, they are just exaggerating to impress you. Totaled implies completeness. If you say something is absolutely necessary, you are just belaboring the point, as necessary has absoluteness built into the definition. Same goes for duplicates which are, by definition, exactly like each other. And something that is unique is different than everything else, so there is no need to hyperbolize by adding very.

This site also has a great example of a paragraph written with 18 common redundancies. Here are a few you might be guilty of using:

Amazingly, I could not find a long diatribe in this skinny, silver book on redundancy in general. (The book to which I am referring is The Elements of Style by William Strunk Jr. and E.B. White.)  I did not, however, reread the thing from cover to cover, so maybe it’s hidden in the discussion of some other peeve. Anyhow, this book does contain some comments on word usage that point out redundancies.

He is a man who

This is a great example of wordy language that has no purpose but to take up more space on a page. (Take note, college students, we know you do that.) When you read this, it’s like the writer has to first state an obvious fact before getting to the point. Yes, he is a man, so? Cut the a  and who and just use the verb directly:

This adverb adds little value to a sentence. Assuming the verbs are conjugated in the present tense, then the addition of currently does nothing. If emphasizing timing is necessary, Strunk & White suggest you be precise and use at this moment instead. Thus:

The police officers are currently interviewing the suspect.

The police officers are at this moment interviewing the suspect.

In my opinion, I would leave both of them out, the verb in present tense is enough information for me.

S & W point out that writers often use this noun “as a mere habit of wordiness” in such expressions as:

actions of an aggressive character

It should be simply:

Just whether or just yet.

My trusted LBCH reminds us that

A few common phrases that they point out are:

I hope I don’t have to explain any of those. I know I am guilty of at least a couple.

Last, but not least

There, that should get you started.

Please feel free to list all the ones I miss in the comments section below.

eirikodin from Auburn, NY is reading Mediterranean Caper by Clive Cussler February 1, 2013 - 9:52am

The list you end the article with will be helpful.

Very useful overall, but I take issue with a few of the items on the list at the end.  "Natural Habitat," for example, seems fine to me in the right circumstances.  According to the completely peer-reviewed and highly respected website Wiktionary.org, "habitat" can mean "A specific place or natural conditions in which a plant or animal lives."  If you're talking about a species that has been relocated, or even a community of that species, "habitat" could refer to either one of those: the current place it lives, or its natural conditions.  In that case, "natural habitat" would indicate you're talking about the latter.

I know it's not your list, and it's just a nitpick, but I think it's good to keep an "it depends" attitude with a lot of these rules.

Taylor from Durango, Colorado but living in Portland, Oregon is reading The Paradox Hotel by Rob Hart February 4, 2013 - 3:16pm

Thanks for reading. And being nitpicky is totally fine. I do it all the time.

Chris Johnson from Burlington NC is reading The Proud Highway February 4, 2013 - 8:10am

Yes, by all means, avoid redundancy in your writing, but people talk this way. All the time. Someone lying could go over the top by trying to convince someone they really did something when they didn't.

"The reason I went to the store is because I wanted to buy new shoes."

This statement sounds like a teenager trying to sell a shit bill of goods. Someone else may want your vacuum cleaner, but not I.

Please keep in mind that hard-and-fast rules are only okay when giving guidance, and the only ironclad rule in English I've ever noticed that couldn't be tampered with or proven wrong is how very is always an adverb. Everything else is up for grabs, and there is no stable ground with the English language, but that quality itself is what lends to it being such an elaborate, poetic, musical language, a joy to behold.

Taylor from Durango, Colorado but living in Portland, Oregon is reading The Paradox Hotel by Rob Hart February 4, 2013 - 3:22pm

Of course, Chris. That is the whole reason I write these columns--because I love language! I think people get confused about the rules, and rely on what they hear. Colloquialisms are fine, but they crop up in written work too often.

Besides, this column is hardly about rules. It's about realizing the meanings of words and making every word count.