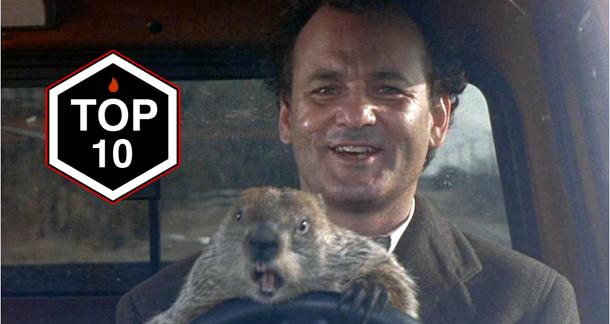 Happy Groundhog Day! It’s a day steeped in tradition, a Pennsylvania German custom going back centuries to ancient weather lore, and even sharing conventions with the age-old Pagan festival of Saint Brighid’s Day. It’s the day we turn to our mighty groundhog and ask him if we must suffer six more weeks of harsh, bleak winter. If the groundhog sees his shadow, we’re screwed. If not, we can celebrate the early arrival of spring!

But thanks to the absolutely brilliant 1993 Harold Ramis comedy starring Bill Murray, Groundhog Day has begun to represent something else. Something less innocuous. More insidious.

Groundhog Day is now synonymous with the time loop!

You know, when a character gets stuck repeating a time period over and over again? The specifics may vary, but Tuesday never becomes Wednesday. February 2nd remains February 2nd for eternity, or at least until Phil Connors learns something valuable about himself and time is allowed to advance in its normal way.

It’s a popular narrative conceit because it allows a character’s personal growth to be at odds with the stasis of the world around him, creating an interesting, unwinnable paradox. But I suspect it’s also a popular plot device because it’s so damn fun. 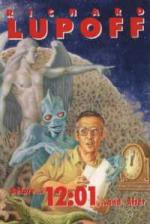 This short story is considered the inspiration for Groundhog Day and for all of the time loop stories Groundhog Day in turn influenced. Lupoff’s tale follows regular guy Myron Castleman, a New York City executive who begins experiencing the afternoon hour of 12:01 to 1:01 on an endless loop. He chases down a physicist who describes the phenomenon as a time disfiguration, but never discovers the cause or the solution. 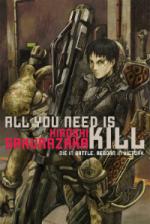 In this Japanese novel, military rookie Keiji Kiriya is killed in battle and wakes to find himself once again living the day before combat. He dies in battle again and is revived again, over and over, each time growing in skill and strength as he tries to avoid death, hoping that will conquer the loop. 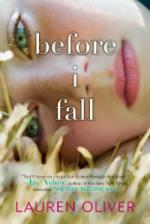 Often touted (by me) as Mean Girls meets Groundhog Day, Before I Fall is the story of one bitchy high school girl. Sam lives through a typical day, terrorizing less popular people and infighting within the confines of her hoity clique. She dies in a car accident after a party, and relives the day seven times until she learns, essentially, to be a nicer person. It’s a lot more poetic than it sounds. 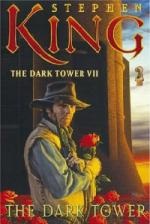 The entirety of The Dark Tower series is a time loop. The first line of the first book in the series, The Gunslinger, reads “The man in black fled across the desert, and the gunslinger followed.” Good line, right? Glad you like it, because it’s also the last line of the seventh and final novel in the series, The Dark Tower. Roland Deschain, Gunslinger of Gilead, suffers countless trials, makes and loses friends, crosses worlds and centuries and loses a few fingers on his quest to the top of the elusive Dark Tower, and what does he find there? The beginning. 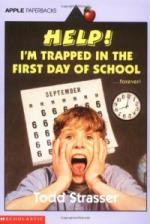 This book is one of a series of HELP! I’m Trapped children’s books by Todd Strasser, usually involving a machine that switches bodies for some Freaky Friday antics. However, the year after Groundhog Day, Strasser wrote about an eighth-grader named Jake who is forced to relive the first day of school…FOREVER. (Really, the first day of school isn’t so bad. No homework yet, no tests. Finals would make for a worse fate.) There’s even a Groundhog Day reference, as the kid wakes up having dreamt of a groundhog in the first chapter. Oh Todd Strasser, you clever minx. 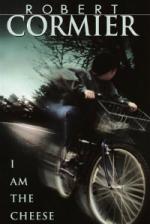 This isn’t a sci-fi or fantasy example, but I think it still counts. I Am the Cheese is a dark mystery novel about Adam Farmer, who is biking from his home in Massachusetts to visit his father in Vermont. As he bikes, he recalls various events of his life, but every memory is hazy, untrustworthy. Clues slowly unravel until we learn that Adam’s mind is protecting him from the troubling truth of his life, forcing him to relive this week over and over so he’ll never have to face the heartbreaking reality of his situation. 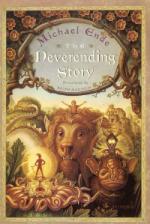 You’re aware of the 1984 film, but you may not be as familiar with the German fantasy novel from which it’s adapted. Well in the book, events unfold in much the same way, with little squirt Bastian reading about the adventures of Fantastica (Fantasia in the film) and affecting how the story unfolds with his own imagination – but it makes plain what the movie only implies, that the narrator/reader loop of The Neverending Story is, in fact, neverending. The title sorta gives it away, after all. 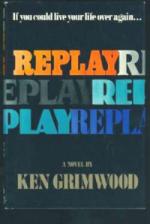 Like “12:01 PM,” Replay is considered one of the classic forerunners in the time loop genre. 43-year-old radio journalist Jeff Winston’s time loop is a little wider than most of the others on this list – he relives various points of a 25 year time loop, dying of a heart attack in 1988 and repeatedly being resurrected at different points in his life from 1963 forward, until he reaches 1988 and dies every time. During one of these cycles, he meets and falls in love with another replayer, Pamela Phillips, and together they relive their lives over and again as they try to understand what’s initiated this series of unstoppable cycles. 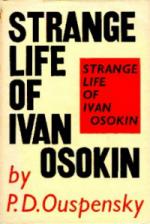 25 years is nothing. Ivan Osokin’s got ol’ Jeff beat – he relives his entire life! He realizes that he remembers living this life already, and he has the knowledge of past mistakes to guide him this time around. And yet even with this knowledge, Ivan finds himself stymied, constantly making the same mistakes again despite his best efforts. 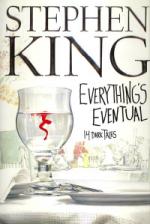 Ennui? No, probably déjà vu, huh? King’s 1998 short story, from Everything’s Eventual, tells the tale of a woman on a road trip that never ends, a trip that repeats the same events without ceasing. Of course, since it’s Stephen King, terrible things happen, and this poor chump’s almost definitely in Hell, where things are boring and repetitive.

I have to admit, as this is a pretty specific sub-genre, I’ve probably stolen all the good choices. But prove me wrong! Give me some of your favorite time loops in the comments. And if you can’t think of any books - movies and TV totally count. That Supernatural episode is a classic.

notthegirl from the midwest is reading The Girl Who Would Be King, Interview with a Vampire, and Glamour in Glass February 1, 2013 - 4:32pm

Wasn't there an X-files episode that featured Mulder in a time loop?

In 2010 Wendy Mass used this venerable plot device in the middle-grade novel 11 Birthdays. The relationship between the principal characters Amanda and Leo is the strength of the book, which flirts with tedium (11 do-overs!), but delivers one truly memorable frisson when the latter signals to the former that he shares the curse she thought she was living alone.

jrbd from behind the Orange Curtain is reading Tenth of December February 3, 2013 - 12:19pm

I'm sure that there are numerous examples of the time-loop throughout literary history. Sometimes, seeing the same plot devise used over and over again, I start to feel entertainment itself as a sort of time loop. The list expands when you include movies and television, of course. The list expands even further when you include movies which are more dedicated to time travel but include instances of repeated moments in time . Think of the Back to the Future series; DejaVu; Hot Tub Time Machine; The Butterfly Effect; Donnie Darko; Frequency; Twelve Monkeys; Minority Report; The Terminator; Bill and Ted's Excellent Adventure; Also, Rian Johnson's new flick, Looper which is worth a looksy; and an interesting indie movie called Primer.

One movie that fits the time loop idea perfectly is Source Code. Despite what some might have to say about it, it's an entertaining movie. Run Lola Run is a pretty good example, and a damn good flick, I must say.

This could probably go on for days, so I'll stop here. That's a fun idea for an article, and kudos for tying it into perhaps the best time loop story of all time loop stories, Groundhog Day. Bill Murray can do no wrong. What About Bob? There's no time loops there, it's just a damn funny film.

Tom Elias from Maine is reading Everything I can afford or that is within arms' reach. February 4, 2013 - 7:44am

Replay is excellent.  I recommend it.

Kevin Maddox from Melstrand, Mi is reading Slaughterhouse-Five by Kurt Vonnegut February 4, 2013 - 7:49am

Chris Johnson from Burlington NC is reading The Proud Highway February 4, 2013 - 8:03am

Maddox is right. Rant was my first thought. I have a tattoo of the title, for Chrissake, just because it reconciled the whole Grandfather Paradox jobba nobba thing.

I don't know if the entry on The Dark Tower counts as a "very slight spoiler"... that kind of blows the entire series for anyone who hasn't read it. It is one of the most debated endings out there.

I'm reading a really great story in the genre right now that is unfortunately an unfinished web serial. The unfinished part is why I found this article. I wanted more!

Mother of Learning.is a fantasy story centering on Zorian, a young mage who is accidentally brought into an ongoing month long timeloop. At the end of every loop, invaders attack the city his school is in. Zorian works to figure out what's causing the loop, who's behind the invasion, and how to maximize his relatively small magical talents.