Want to Be Radical? Be Sincere 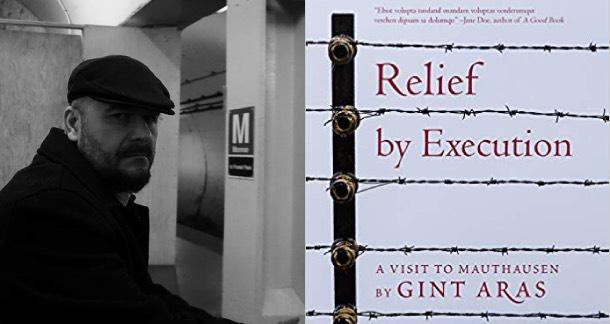 I developed the habit of journaling in high school. While I compose most of my professional writing at a computer, I still journal by hand, usually in a blank-paged, spine bound notebook, and I don’t ever leave home without taking it. What began as indulgence in adolescent loneliness has over the years transformed into an attempt to salvage memory, correct or record confusion, but also to unload tirades of frustration, anger and fear.

In the summer of 2012, at the height of an unrelenting and exhausting bout with PTSD, I walked out of a cafe in Kiev, Ukraine without my backpack. I only realized it was gone when I had returned to my then in-laws’ dachia, and the café had long-since closed. The backpack contained valuables I didn’t miss, a mobile phone and an expensive pen, but the thought of some stranger reading my PTSD-fueled rants drove me to paranoia and near-panic. My name was in that journal! What if some asshole started posting stuff online?

Of course, whoever found it didn’t give a shit. They took the phone and most likely threw the rest in the trash.

Years later, I was telling a friend about the loss. I had come to regret not having the record of a vulnerable and sensitive period. My friend presented the obvious question: what was I so frightened of revealing to others?

Our conversation’s conclusion was that my journaling sessions handled themes and questions no writing workshop or conference panel discussion could dare confront. If people learned my secrets, I’d be ostracized from the sacrosanct “writing community,” or whatever part of it I believed allowed me membership, whichever people I “needed” in order to have a career.

I found this enormously troubling. Was my journal measuring the difference between what I have to say and what I thought the world allowed me? Whom did I fear offending, and for what reason? Was this actually about offense or some other concern? Did these thoughts occur to anyone else?

Every writer has heard about the subjective business. It’s easier to predict where a seagull’s droppings will land than it is to predict an agent’s or reader’s taste. Anyone who has ever read Amazon reviews of history’s most lasting books will find unfortunate responses, with novels by absolute masters gaining lower ratings than has the stuff of temporary trend and fashion. Well-respected writers are often heralded more for their success than for their work; that’s to say, the result of the book matters more to the culture of commerce than the book itself. If we’re so lucky or brilliant to get a book out, trolls attack our Goodreads page with one star ratings, though our book has been out for only six hours. This happens to writers even when the “writing community” loves them.

Among the biggest questions writing teachers face, and among the most difficult things to understand for any aspiring writer is how to set oneself apart. How do you tell a story about Buddhist werewolves when everybody seems to want stories about Puritan vampires? How can we be radical in a world where everyone’s telephone can offer them instant perversions and thrills?

The answer isn’t to concoct some new literary device, make our writing anti-realist or hyper-realist, magically real or really magical. Instead, it’s to go into that journal (or wherever we keep the stuff no one’s supposed to see) and dig out our most frightening ideas, then present them to the readers who are willing to look. If this moment demands anything, it’s ferocious sincerity, and the courage to present our flaws, not the conceit of our ideals, which have long ago become distractions.

Writers are trained to explain, and we like to think we should be offering lifelines; I know some who hope their words will be accepted as paths to salvation. Careful inspection of this hour in history reveals that what society needs is salvation from itself. What else, if not society, is responsible for the current chaos? In the madhouse, the last thing writers should worry about is if anyone will see our dirty laundry. The dirtiest laundry, after all, is the lie that somewhere, some author stands in a gleaming white suit. That, and the idea that our fear of being quieted is ours alone.

Gint Aras (Karolis Gintaras Žukauskas) has been trapped on planet Earth since 1973. He is the author of two novels, Finding the Moon in Sugar (Infinity, 2009) and The Fugue, (Tortoise, 2016), and a memoir, Relief by Execution: A Visit to Mauthausen (Homebound, 2019). His prose and translations have appeared in The St. Petersburg Review, Quarterly West, Antique Children, Criminal Class Review, The Hellgate Review, Curbside Splendor, Šiaurės Atėnai, STIR Journal, Dialogo, The Good Men Project and other publications.

Aras earned his MFA in Writing from Columbia University, and a BA in English and American Literature from the University of Illinois at Urbana-Champaign. He currently lives in Oak Park, IL with his family.