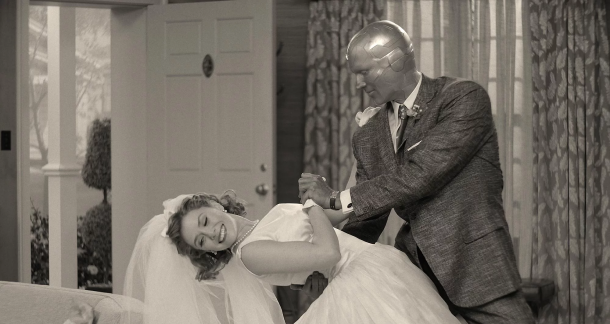 Superheroes can do anything. This is true not just of the characters themselves, but also the stories they inhabit. A superhero narrative is so flexible it can be bent into any shape the writer can imagine—everything from detective procedural to sci-fi farce. It is a genre where literally nothing is too far-fetched or ridiculous. Superman can go from saving a cat in a tree to mediating peace in an interstellar war within the same issue. That limitless potential is one of the reasons the genre he sired has endured and thrived over the last century.

Unfortunately, that same potential has been left relatively untapped by the many screen adaptations churned out in the past few decades. While scores of capes have gotten the full Hollywood treatment, the movies only tell two types of stories: the origins and the prizefights. It’s true that those “event comics” move a lot of issues, but in between the epic crossovers are tons of fascinating, smaller, stranger, and more personal vignettes that get ignored by the moviemaking machine. WandaVision shows us the possibilities by daring to tell a really weird puzzle box of a story that is slow to make sense and almost requires a second viewing to completely understand—the kind of challenging stories screenwriters typically leave to the pages of comic books.

In what other genre could you seriously pitch a metafictional sitcom about a witch mourning for a dead robot and not get laughed out of the room? In what other universe would it even work? This show happens because Wanda’s magic powers enable her to literally externalize her internal struggle, whether she intends to or not. She doesn’t have to tell the other people in Westview what she’s going through because they are all living in the thick of her depression and denial. It enables the show to take a fun and lighthearted approach to a subject that is seldom explored in comics: grief. But WandaVision proves to be so much more than just a wacky premise. It’s a brilliantly constructed piece of metafiction that has something to say about its own medium as well as its themes.

['WandaVision'] broke the mold Marvel itself had perfected, finally proving your superhero story doesn’t have to be an origin or a prizefight to work onscreen.

The sitcom pastiche isn’t just a funny gimmick—it serves a narrative purpose and carries emotional weight. Those shows represented Wanda’s safe place as a child, a comfortable fantasy to hide in. And the evolution of the sitcom as a form through the decades mirrors Wanda’s progression through the stages of grief. Over time, shows trended away from the low stakes shenanigans of I Love Lucy towards more frank depictions of family dysfunction like Malcolm in the Middle, until we finally reach the postmodern age of characters openly cataloguing their psychological damage to silent camera operators. As the show develops, Wanda goes from complete denial to awareness (but not acceptance) of her loss. The show frames its series finale battle in the familiar cinematic language of happy endings, even though that last stinger makes it clear we just saw the origins of Marvel’s next villain.

The aesthetic tour through the history of the American sitcom also creates the illusion of the passage of time. We form an attachment as we watch the Maximoffs age through the decades of television production. It makes them feel like a real family with a history rather than just a weeklong delusion, and they make it easier to understand the profound depths of Wanda’s pain. She’s not just mourning the man she loves, but also the children they will never have, an entire life they will never share. The realization that she will never recreate that warm and fuzzy moment of gathering the family on the couch to watch TV together is devastating.

Wanda’s anger and frustration is all too relatable for a lot of viewers. Her dream is dead, and it was taken from her in the most brutally unfair fashion imaginable. It’s sadly accurate to say the last year has hosted the death of a great many dreams, and there are few of us who would turn down the power to remix reality into something a little less horrible right about now. While Wanda’s method for coping is hardly aspirational, it is definitely understandable. We all have that show we turn on when times are tough and it magically makes the world not seem so bad for half an hour. It’s really hard to maintain a frown when you’re watching “Troy and Abed in the Morning!”

So WandaVision is many things. Not just a metafictional sitcom about grief, but also a superhero drama about the power of television. I felt the pull of nostalgia myself—while my family agreed on very little, we could all enjoy a half-hour of comedy together. When I go back and watch those old sitcoms, it’s less for the entertainment on screen and more for the memories of dull evenings spent laughing on the couch with all my sisters. It can not only bring a family together, but also make those without one feel a little less alone. Some, like poor Wanda, even use sitcom families as a substitute for the real thing.

While I enjoyed WandaVision quite thoroughly, I am even more excited about what it portends for the future of Marvel’s cinematic universe. It was a bold move to make something this unapologetically bizarre with one of the biggest franchises in the world, and it paid off. It broke the mold Marvel itself had perfected, finally proving your superhero story doesn’t have to be an origin or a prizefight to work onscreen. Hopefully the show’s runaway success will only encourage Marvel to make increasingly weirder stuff. After WandaVision, I can’t wait to see what they do with Moon Knight.

Get Scarlet Witch: The Complete Collection at Bookshop or Amazon