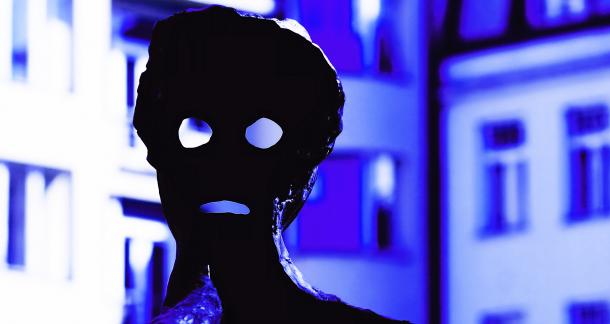 The most effective method of getting me to bail on a conversation is to say, “I had the weirdest dream last night.” I do not want to hear about somebody’s dreams. Nobody wants to hear about mine. Dreams are boring. They don’t make any sense as you experience them, and they certainly don’t make any sense the next day, especially considering you’ll only be able to remember fragments. Listening to someone trying to explain their dreams reminds me of someone being extremely bad at telling jokes. They have to keep starting over from the beginning because they realize they’ve forgotten details vital to understanding whatever the hell it is they’re attempting to convey.

I’ve heard that literary agents automatically reject manuscripts that begin with dream sequences. I’ve also heard agents devour the souls of writers and offer their still beating hearts as sacrifices to sewer beasts. Both of these rumors are probably true. Beginning a conversation with a dream and beginning a novel with a dream both result in the same outcome: disinterest. You can almost always expect the same result by placing the dreaming anywhere else in the book, too. Think of dreams as the one track you skip on an album you otherwise love. Dreams are the “Dance Hall” of Modest Mouse’s Good News for People Who Love Bad News. As soon as it begins, you can’t wait until it’s over.

Dreams are featured more prominently in the horror genre. They serve as a convenient technique for building an eerie atmosphere, which can be easily abused. Dreams too often feel like a cop out, like filler used to nail symbolism into the reader’s head. In horror, a dream might scare the audience the first time around, but after it’s over, the reader/viewer no longer trusts what they’re reading/watching.

If a writer is relying on a character’s subconscious, then perhaps the writer needs to reexamine the plot and come at it from a different angle.

All books and movies possess individual universes fabricated with their own set of rules. Dreams allow these rules to be broken. When not handled well, they can be viewed as a sign of weakness in the writing. The writer is not able to successfully express horror within the realm of his or her own world, so now the writer must take a shortcut down a shady alley and purchase some knockoff scares.

When I used to play video games with my older brother, I would always get pissed whenever he punched in a cheat code to gain some alien weapon that’d guarantee his victory. It diluted the game’s authenticity. The same can be said about dreams when it comes to horror. The audience fails to ascertain what is real. Is there a monster dragging the main character under the bed, or is the main character just asleep again? Our ability to feel terror numbs as scene after scene depicts nightmares of creatures that exist only in the character’s subconscious. When reality finally arrives during the book or film’s money shot, the anticipation is no longer present. We’ve stopped investing emotion in the plot and characters. The writer has cried wolf far too many times for anybody to give a shit.

Dreams are like sitcoms. They’re twenty-minute escapades of chaos, but by the time the next episode rolls around, nothing that happened in the previous episode matters at all. The characters have hit RESET on their lives and everything is back to normal. We aren’t given a reason to connect with the characters, because we know whatever happens today won’t have any consequence on tomorrow.

Writers also love to use dreams as a means to reveal exposition. They think they’re wearing these clever disguises, but in reality they’re naked in front of the classroom. If a writer is relying on a character’s subconscious, then perhaps the writer needs to reexamine the plot and come at it from a different angle. Dreams are frequently used to remind the reader the main character is suffering from the loss of a loved one. Unfortunately, this has become a cliché in fiction.

In Richard Thomas’s new novel, Disintegration, he uses the repetition of a voicemail as an alternative to dreams. There are various chapters sprinkled throughout the novel replaying snippets from the voicemail the main character’s wife was leaving him seconds before dying in a car crash. Readers have a hard time relating to dreams, because dreams exist solely in the dreamer’s head. Voicemails are more tangible and work as a stronger, personal level of sharing grief.

With all that said, there are of course examples that prove me wrong. Take the A Nightmare on Elm Street film series. It wouldn’t exist without dreams. Its entire foundation is built upon them. Dreams can work in horror, but like any other literary device, it all depends on how the writer utilizes them. Before writing a dream sequence, stop and consider the scene’s purpose. Are you jammed up and in need of a way to reveal exposition? If so, step back and reconsider alternative routes. Dreams are cheat codes. You go into God Mode too often, you lose the thrill of the fight.

great article, thanks for the shout out about Disintegration. that voice mail is based on my own real life experiences, not a dead wife and children, but a relationship gone bad. i used to push that button over and over again, torturing myself. i just wanted to hear her voice again, a moment in time before i screwed up.

"Listening to someone trying to explain their dreams reminds me of someone being extremely bad at telling jokes."

And there it is! There's no better way to describe how it feels. And when the retelling of the dream culminates--if the conversation survives that far--it kind of trails off... Never revealing, always confusing.