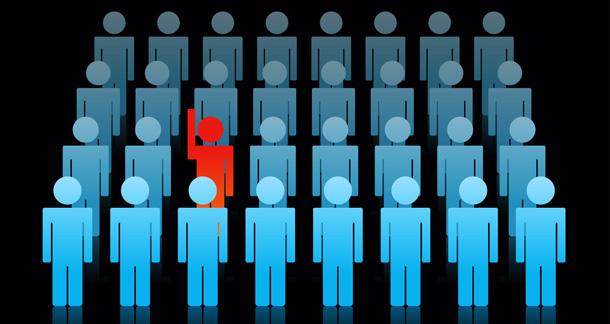 So you’ve published a book. Maybe you landed a fat contract from a publishing house. Maybe you went the DIY route, formatted your book and slapped it up on Amazon. Either way, congratulations! You are an author!

You are also a brand. And you better put some serious thought into how you sell yourself.

And this isn’t just for the self-publishers. Even the biggest publishing houses aren’t spending as much money on marketing. Unless you’re The Next Big Thing in Literature (and even then), you’re not getting a team of helpers to draft talking points, drive you to interviews and update your Twitter feed.

That’s on you. Publishers are increasingly relying on authors to pimp their own brand. Because, c’mon, if you’re smart about it, you can market yourself for next to nothing. All it takes is a time commitment, and you already proved yourself adept at that--you wrote a book! So one of the things you need to do is develop a marketing strategy. And it needs to include social networking.

That means, if you are a writer, you need to be on Twitter, Facebook and Google+. Sure, there’s Bebo and Myspace and Friendster and hi5 and Zorpia and a million other social networks, but they don’t matter.

(Blogs are also important but I’m not going to talk about them. They’re a different kind of animal).

Now, it doesn’t even matter if you haven’t been published yet. It’s never too early to lay the groundwork and build yourself a presence on these sites. Why? Twitter has approximately 200 million users. Facebook currently has more than 750 million. Preliminary estimates say Google+, which only launched in June, is north of 5 million users (and expanding, rapidly).

Nothing-- no interview or viral ad campaign or bus stop ad or bookstore placement-- is going to give you the kind of reach that social marketing does.

So, that’s three social networks you need to be on, if you’re not already. (Yes, Google+ is very new and not cemented in place yet, but my gut tells me they’ll be around for a bit. I could be wrong, but it’s easy enough to hook up with it, especially if you use Gmail). All three are unique, with their own little languages and intricacies.

I could sit here all night and throw facts and figures and tips at you about how to maximize your retweets and get more ‘likes’ and expand your circles, but that’s already been written. Part of your social networking education needs to involve some dedicated sessions on Google (or Bing or WebCrawler or whatever). Do some research. And look, you’re here. Do I really need to teach you how to set up a Twitter account? Post a status update? You’re smarter than that.

What I can offer you is this: I have read an absurd amount of articles on social networking. And the thing that consistently bugs me is that they’re, mostly, run-and-gun listicles that promise you the secrets of social networking and instead toss you a few rehashed, lukewarm tidbits that are not entirely helpful.

So, here’s what I never read, and here’s what I think is really, incredibly important for people to know. It may sound basic-- and yea, it sort of is-- and this is by no means a definitive list or guide or whatever. I don’t want it to be. I want to tell you what you need to be doing so that your use of social networking resonates with people.

Because social networking is, essentially, a bunch of people standing in a room, screaming over each other to be heard. Many of them are drunk, and a good portion of them are stupid. This is how you move away from the clatter and toward an actual strategy:

I follow a lot of writers on social networking sites. It’s fun. You should, too. Some of those writers, I could pick out their updates blind. Want some examples? Check out Colson Whitehead, Craig Clevenger, Stephen Graham Jones, Christa Faust. LitReactor’s very own Brandon Tietz is another good one.

They all have consistent voices that sound unique. Hence, you need to establish your voice. How you want to be portrayed. How you want to sound in people’s heads. This is part of cultivating your brand. Are you the funny guy? The ironic girl? The angry robot? You need to be distinct. (Just, please, please, don’t decide you want to be the next Hunter S. Thompson. There was one of him. He died. In fact, don’t be the next anyone. Be the first you).

Like I said, you’re a brand. Or you probably will be, at some point. And what are some of the qualities of a brand? Consistency. Familiarity. Pick a clear, striking profile picture and stick to it. Pick a user name that’s unique (for example, I use my middle initial because Rob Hart is an exceedingly common name, oddly).

Make it so that you stand out in a feed, that people recognize your picture. People who constantly change their profile picture do themselves a disservice, because a lot of social networking is visual. I follow more than 1,400 people on Twitter. A lot of times, I only stop to read tweets from people I recognize. That’s from their pictures. (And also, fake names? Unless you’re going to write under it professionally, don’t. We’re past the days of AOL, and trying to outcool each other with ridiculous internet handles).

It’s called social networking for a reason. Many people forget this. Interact with people. Ask questions. Engage in conversations about Doctor Who or Breaking Bad or the debt ceiling or how handsome Michael Fassbender is (answer: very). For as goofy and annoying and privacy-invading as social networking sites can be, they can also be a fabulous place to foster conversation, find support, or just generally bullshit.

I wasn’t sold on Twitter until I found that there was a huge community of writers who were all about encouraging and learning from each other. The point is, you need to be more than that guy who tweets the Amazon link to his book 12 times a day.

You need to be updating a couple of times a day, on each one of your networks. There are first-party functionalities and third-party programs that will let you update more than one network at once, and yea, it can be tedious, but do it. You don’t want people to forget who you are. Think of it like treading water. If you stop, what happens? You drown.

If you’re going to do this, and do it right, then you need to have a presence. Don’t put your life on hold for it or anything, but try not to disappear too far down the rabbit hole, even when you’ve put tinfoil on the windows, hooked up the IV coffee drip and committed to your next book.

Here’s another thing that’s on you. Don’t be boring. I can’t tell you how many status updates I look at that make me roll my eyes. I get it. You’re a writer. It’s hard. Oh my god you have writer’s block. I don’t care. Wow, it’s sunny out. Moving on.

Make me care about you. Make me like you. That should be simple. Apparently it’s not. In Guts, Chuck Palahniuk wrote about l’espirit de l’escalier. Staircase wit. When you think of a witty retort, too late to deliver it. Part of the fun of social networking? You have all the time in the world to make yourself sound clever.

OK, so I can see how this might sound a bit untenable. Because we’re all cool, hip young artistes, who write with passion. We’re not soulless, corporate bastards selling ourselves out. And I just went and told you to make yourself into a brand.

Do you feel like a whore? It’s OK. You are. That’s how the marketing game works, especially in the era of social networking, and even more especially when anyone can put a book up for sale on Amazon.

The internet is full of people begging for attention. Your job is to be noticed over them.

Joshua Chaplinsky from New York is reading a lot more during the quarantine October 26, 2011 - 3:31pm

Regardless, great article. And funny. The Fassbender bit gave me a good chuckle.

Great article. Twitter didn't interst me either until I started following a bunch of writers. Now it's the social media I prefer. My handle is fake also on there because twitter wouldn't let me have my name. Oh well. I'll have to look you up on there Rob.

Another good one, Rob -I have a lot of your columns saved as favorites.

Richard from St. Louis is reading various anthologies September 5, 2012 - 9:22am

^i think rashman really said about all that can be possibly said. definitely click that link, it looks legit to me.