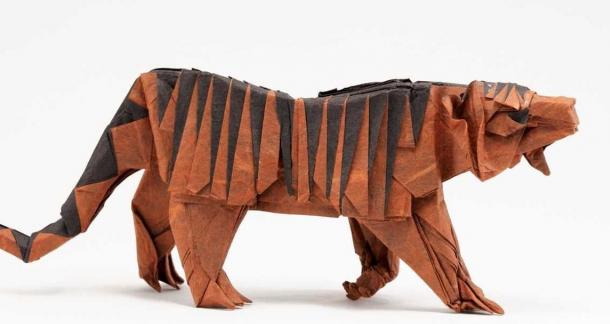 One time my daughter walked up to me and said, “There’s a chicken in the wall.” Being a good father to a toddler, I hope, I let her take me over to the wall while I wondered what on Earth she was talking about. We took a few steps and she put her little hands out, cupped in order to cradle this chicken. She let her fingertips brush the paint, got the chicken, then turned to show it to me.

The chicken was imaginary, of course. She explained that it lived in the wall and that she took care of it, and wanted to show it to me. She would not let me hold it. When I told her how good she was being with it but that I had to get back to work, she said, “Ok,” then turned and placed the chicken back in the wall.

As I walked upstairs I looked back to her and said, “You know that’s not a real chicken, right?”

She cocked her head to one side and explained, in the condescending tone a teenager might use when telling her father about a new app, “Yes Dada. It’s pretend.”

And so my two-year-old daughter got me, for a moment, to buy into the fantastical idea of there being a chicken in the wall. Not to believe it, but to believe that she believed it, and to follow along with her little game. She accomplished this by doing exactly what several of the best writers of the most outlandish speculative fiction do: she used plain language to talk about extraordinary things.

A recent conversation I had with my students reminded me of how my daughter had spoken. My class was discussing the excellent sci-fi/fantasy writer Ken Liu, and someone said that one reason Liu is so effective is that he uses matter-of-fact language when describing his speculative conceits. The student compared this to children—not to say that Liu was childish, but to show that kids do exactly what Liu does, and to great effect. The whole class agreed that this observation was spot on.

Here’s an example of such language from Liu’s “Paper Menagerie.” In this scene, the main character’s mother has just made him an origami tiger:

A little paper tiger stood on the table, the size of two fists placed together. The skin of the tiger was the pattern on the wrapping paper, white background with red candy canes and green Christmas trees.

I reached out to Mom's creation. Its tail twitched, and it pounced playfully at my finger. "Rawrr-sa," it growled, the sound somewhere between a cat and rustling newspapers.

I laughed, startled, and stroked its back with an index finger. The paper tiger vibrated under my finger, purring.

The entire scene is related as if nothing peculiar had happened. There are no exclamations, no moments of shock, and most importantly no overly-Byzantine turns of phrase. Despite a piece of wrapping paper coming to life, which is obviously extraordinary, the speaker does not freak out or scream or go mute, he simply strokes the tiger’s back with one finger. There is no over the top reaction. The only possible exception is when the character is “startled,” but even that isn’t so different from how a real pet might startle its owner by suddenly barking or swiping. And the comparison of the sound to every day things like a cat and rustling newspapers keeps the scene believable because of the ease with which readers can construct that sound in their minds.

Here’s another example from the science fiction story “Mono No Aware,” also by Liu and part of the discussion I had with my students:

My job involves staring at the grid of indicator lights in front of me. It is a bit like a giant Go board.

It is very boring most of the time. The lights, indicating tension on various spots of the solar sail, course through the same pattern every few minutes as the sail gently flexes in the fading light of the distant sun. The cycling pattern of the lights is as familiar to me as Mindy’s breathing when she’s asleep.

We’re already moving at a good fraction of the speed of light. Some years hence, when we’re moving fast enough, we’ll change our course for 61 Virginis and its pristine planets, and we’ll leave the sun that gave birth to us behind like a forgotten memory.

But today, the pattern of the lights feels off. One of the lights in the southwest corner seems to be blinking a fraction of a second too fast. 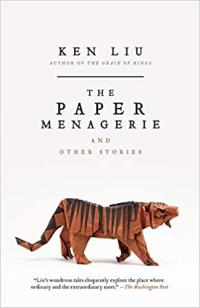 Again, the everyday imagery and sentence structure serve to make an extraordinary sci-fi situation believable. A grid of lights like a Go board, comparing the sun to a forgotten memory—all familiar images to the reader. Changing course to 61 Virginis, stated as simply as one would when talking about putting new directions into Google Maps. This kind of language keeps the readers on familiar ground. While the scenarios are foreign for us, the language is not.

There is a counterintuitive element to this. When we think about speculative fiction we often think of the remarkable creativity of the plots, characters, and imagery. As well we should. But the best vehicle to get readers to those elements of the story is often the simplest language. While this may seem to be in conflict with the nature of the stories, it is actually a perfect compliment to it. That kind of language not only keeps a barrier to accessibility down, it acts like a welcome mat—readers may be entering a strange, new place, but they can walk there at their usual pace and on solid footing.

None of this is to say that matter-of-fact language is the only way to write sci-fi, fantasy, or other fiction. There are plenty of great books of all sorts with beautiful, elaborate sentences. But scaled back language is a particularly effective way of writing speculative fiction, especially for those just starting off on their writing journey.

While Liu’s stories illustrate this idea well, anyone curious to see more speculative fiction prose in this vein can check out stories by Ted Chiang or Ursula K. Le Guin. There are variations in the styles, of course, but fundamentally the language in these writers’ stories are scaled back and accessible, which only adds to the magic of the scenarios they create.

Or, you can just hang out with an imaginative two-year-old for a day and see what she says.

Buy The Paper Menagerie from Bookshop or Amazon