Upon My Death: What Happens To An Author's Unfinished Work? 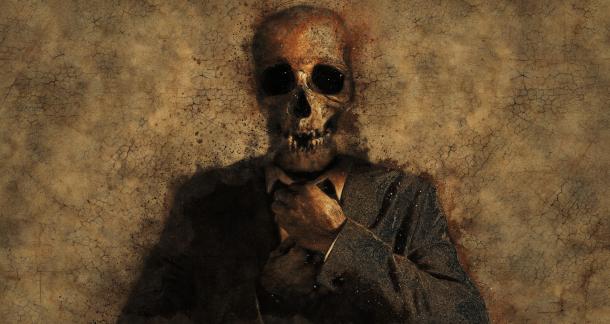 I have a birthday coming up, so of course that's got me thinking about my death.

For me, and for a lot of writers, what I'll leave behind mostly amounts to a pile of papers and manuscripts and journals and stuff jotted on a Jimmy Johns wrapper that seemed very important at the time.

Which is why I decided to look into my options. What can be done with my work after I die? What have some of my betters done?

If you don't make those decisions before you die, your loved ones will have to. They'll be forced to go through all your stuff and figure out what to do with it. The more you can help them out with specific directions, the better. Unless they suck. If your family totally sucks, then by all means, accumulate a bunch of lousy furniture from the thrift store that your family will have to deal with. Lousy, heavy furniture and haunted porcelain dolls. 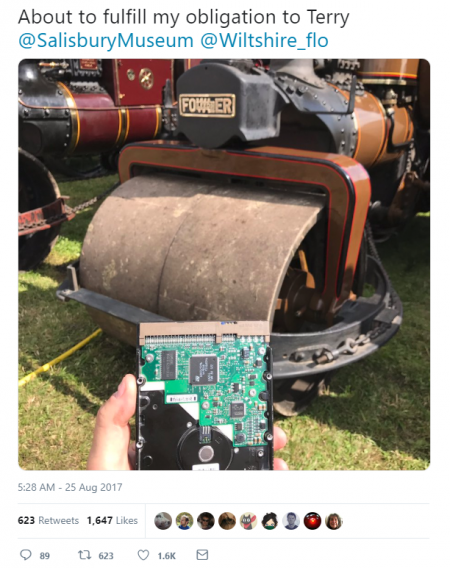 And Pratchett picked good friends, because Rob Wilkins, executor of his estate, followed through. He even found a steamroller with a name, Lord Jericho, which is a pretty solid name for a piece of construction equipment.

I'm jealous that Pratchett came up with this first. As destroying things goes, a steamroller is excessive and kinda fun. I don't know if my level of fame warrants the spectacle of steamrolling, but a specific type of destruction is a good way to go. Industrial shredder, hydraulic press, just about any piece of overly strong equipment will do. Plus, it makes a fun little task for whoever is left behind. A quest. A way for them to have agency in an otherwise out-of-control time.

Robert Jordan published the first book in his Wheel of Time series in 1990, and in early 2006 he told the world he'd been diagnosed with a terminal illness. With quite a bit of business left to wrap up in Wheel of Time, Jordan made extensive notes, and his widow and editor, Harriet McDougal, selected Brandon Sanderson to finish up the series.

Jordan knew he didn't have much time, and he wanted to see that his series ended the right way. If you don't get enough time to write it yourself, that's a pretty nice thing to do for fans of your work.

This probably won't be my bag. I only have one series in mind, and I don't think books about a dystopic future where everything is powered by semen will be popular enough that fans demand to know how it ends. But if you're looking at a series, it might be good to think about how you could pass the torch.

The Cease And Desist

Sue Grafton left us last year, just after she released the penultimate, 25th book in her Kinsey Millhone series, Y Is For Yesterday. Grafton was a big loss, and being so close to the end of the series added an extra sour note to the whole thing.

However, Grafton's daughter has been adamant in saying that they won't have a ghostwriter finish the series:

...as far as we in the family are concerned, the alphabet now ends at Y.

Grafton was also pretty clear about the fact that she never wanted to see Kinsey Millhone on screen, during her life or after:

"I will never sell [Kinsey] to Hollywood. And, I have made my children promise not to sell her. We've taken a blood oath, and if they do so I will come back from the grave: which they know I can do." Grafton is adamant, "They're going to have to pass the word on to my grandchildren: we do not sell out our grandma. I just will not let them touch her."

Good on Grafton, and good on her family for sticking to Grafton's guns. Maybe when the person ends, the work should end too.

Dacre Stoker is the great-grand-nephew of Bram Stoker, which is part of the selling point behind his novel, Dracula: The Un-Dead.

Dacre isn't the only person to take over the work of a relative. For example, my father left our family for the comforts of prison, leaving a lot of drinking to be done. But certain jobs just don’t seem to go down the genetic line. For example, writing vampire novels. And sometimes the directness of the line seems a little indirect. A great grandnephew? C’mon. It's not like Dacre was at Bram's knee, hearing him tell story after story.

This is something I’d absolutely like to avoid. If you’re one of my relatives in the future, whether you’re a direct product of my gametes or not, put down the space pen (or whatever you’re writing with) and get a job.

If only I wasn’t a vindictive bastard who specifically wanted to hurt people’s feelings so I can enjoy their pain while I'm still alive.

Mark Twain famously asked that his biography not come out for 100 years after his death. Presumably this would ensure that nobody was hurt by the contents and he could speak freely. I'd be down for this happening with my own work if only I wasn’t a vindictive bastard who specifically wanted to hurt people’s feelings so I can enjoy their pain while I'm still alive.

In Twain’s case, things worked out. In Eugene O'Neil's, the plan didn't go as smoothly.

So, you can ask that your stuff come out after a certain interval, but it’s a risk. Do you have a widow who doesn’t particularly care about your final wishes? I don’t. Not yet, anyway. But I think I’ve still got enough good years in me to be in a loving relationship that nosedives into vindictiveness. I’m an optimist that way.

The Dead Man’s Switch works like this: Every year or so, I get online and set a publication date for all of my works for a time in the future. Let’s say a year. Then, as the deadline approaches, I get online and move that date ahead another year. When I’m dead, nobody moves the date ahead, and my stuff goes out into the world.

This is a cool option, but I don’t have my shit together. I know it doesn’t sound like a big task to click a few buttons once a year, but I guarantee I’d wake up on switch day, have a lousy breakfast, take a sip of coffee, and then spit it out on my computer screen when I realize I’ve forgotten to advance my date another year and the entire world is being subjected to my 6th grade diary.

Nabokov requested that his novel-in-progress, Laura, be burned after his death. It was written on notecards, which his son did not burn, although he held out for 30 years before publishing.

Kafka wanted to feel the burn too, leaving behind a note that said:

My last request: Everything I leave behind me . . . in the way of diaries, manuscripts, letters (my own and others’), sketches and so on, to be burned unread.

This didn’t happen. In fact, two months after Kafka’s death, his buddy signed a publishing contract. Which gave us a lot more Kafka, including The Trial.

Burning is a popular request, and it's romantic, but it seems the follow-through isn't quite there. Maybe because it feels like book burning, or maybe because burning a bunch of stuff isn't as easy as it looks. Every movie I've ever seen, there are burning barrels EVERYWHERE (it should be noted at this point that I've only seen Escape From New York and Escape From L.A.). In real life, finding a burning barrel is next to impossible, and when you get one going at the park during youth soccer, people get very uptight.

The Key: One Good Friend 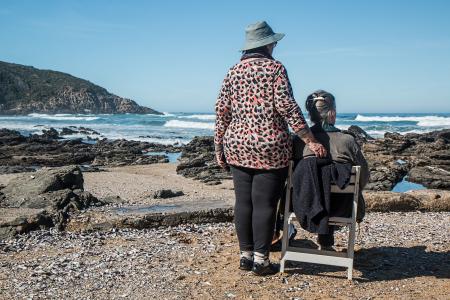 The stories of authors who got what they wanted all have one thing in common: One really good friend. Planning-wise, a minimum of one trustworthy person to carry out your wishes is the most important thing.

I’d advise selecting this person carefully. The person who loves you the most might not be able to burn your pages. The person you’re married to might be in a troubling financial position after your death that forces them to make a decision they might not want to make. Your best friend may think your left-behind papers are pretty good, and they may want to make sure they see the light of day.

When it comes to your papers, find that friend. You know the one. The one who's a pretty solid person and gets things done, but if they told you that one time they strangled a crow just to see what it feels like to watch the lights go out in its eyes, you wouldn't be totally surprised.

Ronzermonster from Portland, OR is reading Forture Smiles November 15, 2018 - 6:13pm

Worrying what people think of you after you're dead is the ultimate form of narcissism.

Community Manager
helpfulsnowman from Colorado is reading But What If We're Wrong? by Chuck Klosterman November 20, 2018 - 4:03pm

This column was brought on partially by an experience a friend had. His father died, and the crematorium was pressuring the family to purchase a more expensive vessel. What saved them from doing so (and saved them the shame of using a cheap vessel) was the father's specific direction that a particular vessel be used.

I don't see it as narcissistic at all to make plans for your death, body, and possessions, and in fact it's thinking about others that drives these decisions. Doing so means your loved ones are spared those decisions in a time of grief. If I make those decisions now, they won't have to. They won't have to decide what to do with a pile of papers and notebooks and countless digital files because that decision will have been made.

I'd go so far as to turn it around. Thorough death-planning doesn't benefit me at all. I'll be dead. The only reason to do it is to help others.