Of the many things that loom large on the horizon for the expectant parent (childcare, discipline, musical indoctrination), literature occupies its own special category. There are so many children's books, covering everything from poop to bullying to Jane Goodall. When cruising this genre, one immediately notices a subgenre of titles that look like children's books — they tend to be cute and small and richly illustrated — but were clearly never meant for children. Some of them are parodies, and here we find many snarky titles like Goodnight iPad and The Taking Tree. What interests me more are the non-parodies, titles that stand completely on their own. Here are some of my favorites.

'Go the Fuck to Sleep' by Adam Mansbach, illustrated by Ricardo Cortes

No book came more highly recommended to me when I announced my pregnancy than Go the Fuck to Sleep. I was somewhat surprised! Then, I spent a long weekend with my friends and their two young kids, and now I totally get it. Mansbach's work is itself a bedtime story, encouraging the listener to follow the example of all the creatures of the Earth, tucked away into dreamland. Each lovely example is then followed by commentary about the listener's failure to do as directed. The lines I keep coming back to are: "My life is a failure. I'm a shitty-ass parent. / Stop fucking with me, please, and sleep." The rich illustrations of sumptuous landscapes and frolicking children by Ricardo Cortés are superb. For a preview of this title, check out Samuel L. Jackson's audio version. 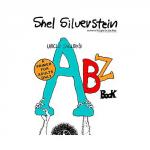 'Uncle Shelby's ABZ Book: A Primer for Adults Only' by Shel Silverstein

If you loved Shel Silverstein as a kid, and you want to retain your nostalgia for the author of The Giving Tree, don't read this book. Uncle Shelby's ABZ Book is a kind of anti-alphabet. The letters aren't in the right order, for one, and Uncle Shelby's motives are clearly questionable. He keeps urging his readers toward destructive actions, like drinking ink or pouring sugar into daddy's gas tank. Scare tactics litter this book along with Silverstein's classic sloppy pen and ink drawings and hand-drawn text. For example, S is for Stanley, the crazy murderer! There are an equal number of alphabet pages and interpolations — random stuff having nothing to do with learning the alphabet. It's here that readers learn how to make teacher voodoo dolls, question the notion of babies arriving via stork, and, not surprisingly, the P.O. box where readers can send money from mommy's purse to Uncle Shelby. 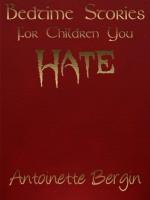 'Bedtime Stories for Children You Hate' by Antoinette Bergin

Now here's one for the masses. Bedtime Stories is a small collection of morbid and off-kilter tales in the guise of traditional moral stories. In her introduction, the author claims to be a retired (re: failed) live-in nanny from the U.K. who wrote these stories after suffering through countless readings of classic fairy tales. Some digging on the Internet indicates this may be a ruse, but who cares? These stories are great. Serial killers, arsonists, adulterous parents, and creepy shut-ins all have a place in this little collection. I cringe to mention them, but if you like dead baby jokes, this little book is right up your alley. I can't wait for the sequel. 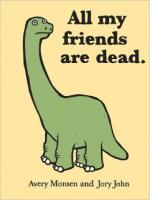 'All my Friends are Dead' by Avery Monsen and Jory John

Sad, funny, and strangely satisfying, All my Friends are Dead imposes a macabre reality on everything from dinosaurs to house plants. Using single-subject cartoons and succinct captions, the authors demonstrate that it's possible for anything — even the end table next to your couch — to exist in a lonely world of one. Fortunately, Death is never very far away, and he's coming for every last one of you.

'The Gashlycrumb Tinies: or, After the Outing' by Edward Gorey

A time-honored classic that only gets better with age, Edward Gorey's Gashlycrumb Tinies is an absolute must-have for fake children's literature fan. It reads as a straightforward alphabet book, with every letter standing for a child who died from some terrible misfortune. The librarian in me has always favored "O, is for Olive, run through awl", but they're all pretty fantastic. Gorey illustrates each scenario with a dark pen and ink drawing, and his scenes include the Victorian and Edwardian elements that make his style so iconic. 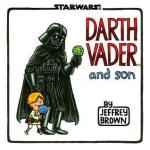 Last, but certainly not least, is Jeffrey Brown's absolutely darling Darth Vader and Son. Written (one could say exclusively) for devoted fans of Star Wars: Episodes IV-VI, this clever book assumes that four-year-old Luke Skywalker is under the care of Lord Vader. Luke uses the force to get the cookie jar, he and Vader look at banthas at the zoo, and the age-old question of who shot first is introduced when Luke cries to dad that Greedo pushed him. Full of memorable lines in new contexts, Darth Vader and Son will delight and amuse. Fans won't want to miss the follow-up, Vader's Little Princess, in which the Dark Lord of the Sith deals with rebellious teen Leia.

As always, let me know what I missed in the comments!

Be Smarter Than a Toddler: 5 Ways To Avoid Reading Books to Your Kids

I own half of those books. The other half  have been on my amazon list for quite some time. Good list.

Thanks @pezzygal! I'll admit that I was looking for an excuse to buy Darth Vader and Son!

B is for Beer by Tom Robbins

Don't forget K is for Kinfeball. That's a great one. And, Introductory Calculus for Infants, though that one isn't quite as irreverant as the others.

Hi, I know it's cheeky but I have this book that fits the bill. It looks like a fairytale but it will actually suprise you.

"I Want to Eat Your Poo" is the best one I've seen. It looks like a potty-training book, but it takes a  decidedly dark turn. So funny.