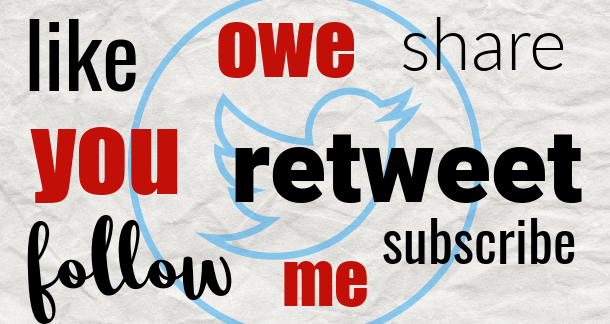 What is transactional networking?

Transactional, by definition, is a term for something related to the exchange of goods or services; buying and selling. "Quid pro quo," as Hannibal Lecter would say.

Networking is the organic process of interacting with others in a social construct to share ideas and information, developing professional relationships.

Transactional networking is making connections in a small group of people with the overarching goal of advancing your own agenda, business goals, or sales. The dangerous thing about this type of behavior is that most people either don't realize they are acting this way, or they know exactly what they're doing; they just aren't forthright about their intentions. This is a problem.

Reciprocal relationships, either personal or professional, require both parties to agree on the terms of the reciprocity according to what each person feels is fair and mutually beneficial. It requires a lot of communication. A full awareness of how the relationship functions. Yes, there can be healthy reciprocal relationships.

Transactional networking, typically, does not involve a communicated agreement. Usually, one person views the interaction a certain way and the other person is unclear about the expectations.

Here’s are some of the difference between transactional and relational networking:

Viewing others as commodities or resources is immediately felt by others. People can tell when they are being used.

Imagine a community that built its worth or value on relationships instead of transactions.

Listen, this is the ideal, not the reality. Any time a lot of humans come together, things will get messy. Eliminating transactional networking and prioritizing relational networking is a start. The jumping off point. It can't happen overnight but it can easily be the new goal. When someone is transactional, just establish a standard and correct their thinking.

This community is not transactional.

This is the way.

10 Reasons Why Bookstagrammers are Awesome

Hi, yeah you are right. And your whole discussion is quite information and discussive. But if I share my own experience. So I am using these transactional networks for the promotion of our Best long distance movers business. And the response is quite impressive. As we are getting clients for moving and packing services in florida through these networks.