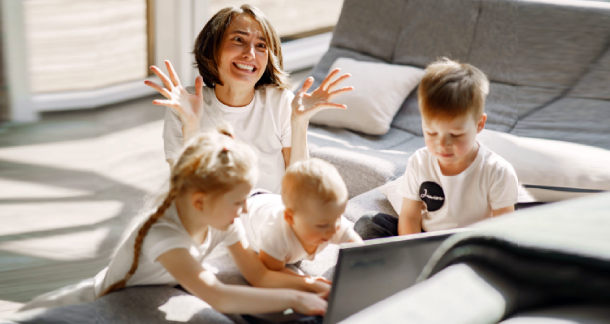 Writers are always looking for a way to improve their careers. Most of their ideas are terrible. Maybe these ideas will revolutionize your career or the writing industry, but probably not. Few are daring enough to try. I want to live in a world where these things happen, but I’m afraid I may not see it in my lifetime. Still, there might be hope. Writers do a lot of crazy things.

1. Re-upload your novels with new endings periodically without warning

Authors are forever revisiting their old work, trying to rewrite the past. You get Author Preferred Editions and Re-releases. These are usually announced, and not the same as what I’m talking about here. There has been a joke going around online about releasing multiple endings to a book to see if anyone notices. What I’m saying is some author needs to go and switch out the endings of their old books occasionally without warning. Don’t re-edit them, don’t even improve them; just change them. Different characters live, someone else wins, or a different final choice is made. Create arguments between readers and fans that can never be resolved.

2. Make a writing plan and stick with it

No author has ever completed a plan to the letter. It would be cool to try though.

Now, I know what you are going to say. You’ll say that you’ve done this, or heard of someone who did. I’ve heard stories about aliens, cryptids, and all sorts of folklore. No outline has ever survived to draft. No writing schedule has ever been followed. No author has ever completed a plan to the letter. It would be cool to try though.

We’ve had plenty of authors sell out, but what we really need is for one to cash in. There have been grants and patrons all through history. Writers make ads for their podcasts and YouTube videos. I’m talking about slapping logos on ourselves like racecars. Product placement in novels. Commercials right in the middle of chapters. Product mentions in interviews. Your characters are going to eat, drink, and wipe their butts with something. Why do that for free, or make up fake products that can’t pay you? Let late-stage capitalism work for you for a change.

I already called you out on following a plan, so I’m not going to listen to your nonsense about the existence of healthy writers. I’ve met drunk writers. I’ve seen writers consume all manner of junk food. I’ve seen writers gain weight from sitting in chairs all day, every day. There are so many drug-addled adventures you hear about late at night at conventions. So many of my favorite authors have had at least one heart attack that I thought it was a requirement for success in certain genres and had one myself. But a writer eating healthy? Sticking to an exercise plan? Not subsisting on an endless flow of caffeine? Not drinking to excess? All at the same time? Can you even imagine? I think someone should try it just to see if it is possible.

5. Don’t read reviews, don’t check out articles about yourself, don’t look at social media comments or google yourself

I know a few authors who don’t read reviews, but I don't know any who can avoid perking up the moment they hear mention of themselves in other media, social or otherwise. The level of self-actualization it would take to not care at all about any feedback anywhere, to be your own person to that level, it would be like if the Buddha was writing about vampires and self-publishing on Amazon. I dare you. I’ll sing your praises, but you’ll never read it because you are above all that.

6. Let the readers dictate every scene of your novel

If they are going to complain about your endings or the amount of violence, just put it all on the audience, already. Write your stories live on stream. Let the audience complain in real time so you can tailor the fiction to their tastes in the first draft. Make them decide what the characters do next. Will you end up with an unreadable mess? Probably. But that’s on them. You’re just responding to what the market wants in real time.

7. Pick your favorite author and just rewrite their books 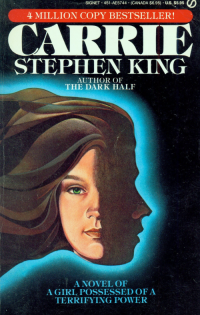 We all imitate someone, especially early in our careers. I’m saying lean into it. You could change the titles and write your own versions of your favorite works, but why put that much into it? Keep the same title. Use the same character names if you want. Rewrite their book your way. Start with their first book and work your way through their whole catalog, work after work. Write your version of Carrie followed shortly by your take on 'Salem's Lot. What’s the worst that could happen? You get sued, ruined, and discredited? Maybe. But people will be talking about you for sure.

8. Stop all your books in the middle and publish them anyway

There’s no such thing as writer’s block. When your body tells you the book is over, it’s over. It doesn’t matter if it is the middle of a scene. Stop there, format it, and get it out there. Leave a lot of blank pages and let readers write their own ending if they want one so bad.

9. Buy all your own books. Every copy!

Some authors have done something similar to try to raise their author rankings. That’s not what I’m talking about. I’m saying snatch up every available copy before anyone else can. Buy the entire run. Create artificial scarcity. Build a mystery. Inflate the market to the point of bursting. If you can sell one copy for a hundred million dollars, why sell a second one?

10. Force people to buy your book

This is almost the exact opposite of the previous idea. For years, people have been posting and messaging everyone to buy their book. Authors invite you to their Facebook author page ten seconds after you make the mistake of accepting their friend request. They bombard groups with endless links. Insane authors have tracked down reviewers before, but what sense does that make? Identify your ideal reader and then show up at their work to put the book in their hands. Don’t be weird or stalky. Just deliver it, thank them for their purchase, and invoice them later. Move on to the next unsuspecting reader. It’s only slightly more invasive than how authors already behave.

Are these ideas terrible? Most of them are, yes. To be fair, most author ideas are terrible already. Be bold. Be unique. Be remembered. Be outrageously you.

Get Carrie at Bookshop or Amazon

Really awesome. And you have explained all the tips and case study in an awesome way. Going to apply these tips for the blogging of Aeroinsta apk download. So that we could also write such a better article and could make our users more engage. Thanks for sharing it.