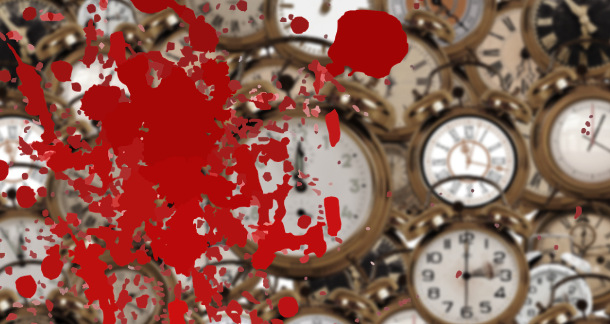 Urban Legend isn’t exactly in the pantheon of horror movies that embody the late 90s. It wasn’t as self-aware as Scream, wasn’t as intense as Final Destination, and it didn’t fly under the radar as hard as The Faculty.

But the one thing Urban Legend does better than the rest: It screams, bleeds, and oozes 1998.

At this point, almost 25 years later, the 1998-ness of Urban Legend is by far its best quality, and that’s not a slam. Because even though it’s not a top 5 from the era, it’s a decent watch, and it’s so 1998 that it has a slight edge over some of its competitors.

Still, plenty of writers will try to remove signifiers of time from their horror stories in order to make them feel timeless.

I’m here today to encourage you to do the opposite, make your horror stories SO [insert year here].

Most of us figure that if we take out technology, fashion, and brands, we’ll move a story out of time and into timelessness.

Like my stomach, this approach has a two-fold problem:

Stop confusing generic with timeless. Because if you want to write a timeless story, you have to write something readers will remember.

Fold One: the signifiers of a specific time aren’t really known until that time has passed.

If you wrote a horror novel in the 60s, and you wanted it to feel timeless, you’d probably avoid references to contemporary music. And then someone would smoke indoors. Because you’d have no idea that’d be a weird thing in 40 years.

Fold Two: the ways we try to make something “timeless” end up highlighting their era.

We’ve been through a couple different periods where making your movie black and white was an artsy, timeless thing. But it’s less timeless, more 1994/2016.

The ways we attempt to give an air of timelessness are, themselves, signifiers of time.

So how can you take advantage of it?

The Universal is Specific

Back in the day, if your family wasn’t rich, you wore Sears Toughskins instead of Levis.

A decade later, Toughskins were replaced by Wranglers as the less wealthy family's jean of choice.

When you explain that your character wears Toughskins instead of the more desirable Levis, I know what that means, even if that's not my era.

When you lean into your era, it helps the reader see your experience as their experience. I know, it’s counterintuitive, but what’s universal is growing up broke, not the specific names on the label of the jeans you can't afford.

Setting your characters in a specific time makes them more relatable, and when a relatable character gets stabbed in the face, readers give a shit.

Grounding your story in an era gives you a tiny, subtle, subconscious non-fiction element that can help pull those people in. If they feel like they’re seeing a portrait of a time, it’ll keep them engaged on a non-fiction level.

In horror, it’s super important to keep someone on the line as long as you can. A portrayal of a time period isn’t the fish hook, but it can be the barb on the end of the hook that seals the deal.

I don’t like stories that take place in the past and make little jokes about it. I didn’t enjoy the parts of Mad Men where the joke was, “Isn’t it wild that this sort of thing was normal in the 50s!?”

And I am wrong about this, because most people seem to enjoy this sort of joke quite a bit.

I say go for it. Make a joke about the time. Have a panicked concert promoter say, “What the fuck are we going to do now? Tupac’s dead. It’s not like there’s some sort of holographic Tupac out there.”

This sort of laugh can be good because it’s not a HUGE laugh, it doesn’t totally break the tension. It can provide a little bump, a change in texture, that makes the next bit of horror that much worse. 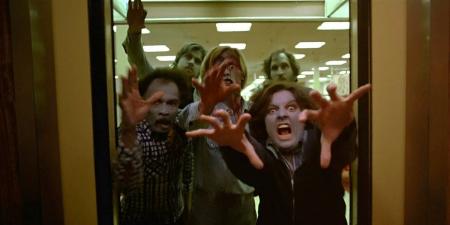 Set it Up, Knock it Down

The opening of Dawn of the Dead feels like 1978 so fucking hard with the newsroom and the haircuts and all that shit. It’s not trying to be 1978, it just IS.

But within about 15 minutes, the chaos of the dead rising causes us to be unanchored from time. We're torn out of a time and shoved into a new world where time has no meaning.

A specific time can be a comfort, a curiosity, and pulling it away adds to the horror.

Don’t deny your reader the horror of that movement. Set us in time, give us that bit of comfort, then tear it away.

Joe Hill’s Heart-Shaped Box is about a dude who buys a dead man’s suit on eBay. It’s great. And it’s nothing new, really.

The idea of being saddled with a cursed or haunted object certainly isn’t a first. But the idea of old fear clashing with new technology this way brings a feeling of inescapability to the story. A feeling that, even though things have changed, our worst fears can still reach us.

Why This Matters In Horror

Stories that are intended to be timeless end up feeling generic.

Characters with traits that are removed from time are generic.

I think we’ve had enough generic horror. Too much.

If your story feels plain, lean into the time. It'll give you something else to work with, angles on your characters.

And, please, if nothing else: Stop confusing generic with timeless.

Because if you want to write a timeless story, you have to write something readers will remember.

Get Heart-Shaped Box by Joe Hill at Bookshop or Amazon

Get Untold Horror by George A. Romero and John Landis at Bookshop or Amazon