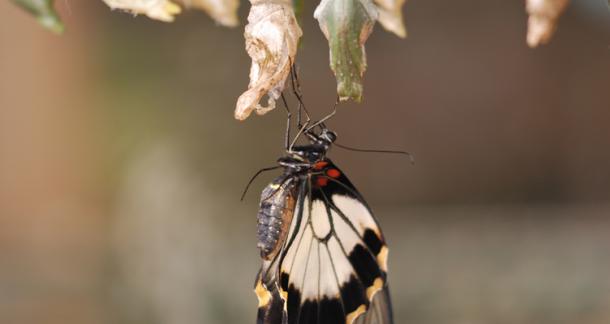 The filmmaker David Cronenberg, a man you could reasonably say is obsessed with transformation, begins an essay on the subject in the Paris Review like this:

I woke up one morning recently to discover that I was a seventy-year-old man.

You can understand his perplexity. We all possess a sense of a coherent self: that the person we are at seventy is the same as the one we were at twenty, even if the mirror tells a very different story. And if living is about transformation – from youth to age – you could reasonably claim that all fiction is also about transformation, in that device we call a character arc. No one leaves a good story unchanged, not least the reader, but some books are more explicitly about the process of starting off as one thing and becoming something else. Here are three of them: 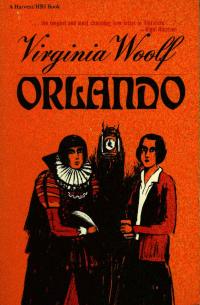 If it’s not easy being a woman, it’s especially not easy being a woman like Virginia Woolf, because the one quality that helps a female cope with a world which tells us to worry about our face fat is a finely honed sense of humour. You can say many things about Woolf, but not that she saw the funny side of anything. Woolf, born in 1882, belonged to a time when affluent families sent their boys to school and educated their girls at home. Women of Woolf’s time wore corsets. They didn’t vote. Very few worked as professionals (in 1900 two women in the UK worked as architects, while almost 2 million worked as domestic servants). A sensitive intelligent woman, faced with this kind of world, would have the options of laughing or crying. Woolf, who famously wrote that 'a woman must have money and a room of her own if she is to write fiction', didn’t have much choice but to cry about it, although she did most of that in private.

But if she couldn’t protect herself from reality with the occasional dose of sarcasm, Woolf did find other ways to ridicule some of our notions about gender, and she did it in her novel Orlando. Published in 1928, the same year that Radclyffe Hall’s The Well of Loneliness landed her in court charged with obscenity, Orlando tells the story of a nobleman who lives for 400 years, changes from man to woman halfway through and spends the latter years of their life alternating between genders. Orlando is a romp of a book, written in the style of a biography, complete with appropriately gender-neutral portraits of Orlando at various points in their career. There are bears, sconces, laced coats and skating parties on the ice of a frozen river Thames. Through all this, Orlando never parts company with a poem they work on for the whole of their life – "The Oak Tree" – which finally achieves the promise of publication in the closing chapters of the book.

Orlando is a novel-length love letter from Woolf, a married woman, to her girlfriend Vita Sackville-West. It’s an ode to the complexities of love and gender and even though it’s the most accessible of Woolf’s works, it’s the one with the most subversive message. Orlando changes gender, but their character and ability to create, as symbolized by that poem, never alters. Gender means nothing, says Woolf. It’s a transient, cultural gloss. Beneath the skin, we’re all human.

Orlando had become a woman – there is no denying it. But in every other respect, Orlando remained precisely as he had been. The change of sex, though it altered their future, did nothing whatever to alter their identity. 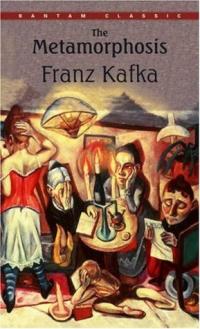 'The Metamorphosis' by Franz Kafka

But if unexpectedly turning into a man or a woman seems scary, imagine waking up one morning to discover that you’ve got a proboscis instead of a mouth. This is the predicament experienced by Gregor Samsa, the protagonist of Kafka’s The Metamorphosis. Most of us would take to all our many legs and scurry about hissing at this turn of events, but not Gregor. Samsa’s reaction to the sight of his segmented abdomen is to lie back in bed and blame it all on the stress of his job as a travelling salesman. His family isn’t so phlegmatic about his transformation into giant insect. When they finally nag Samsa enough that he manages to get out of bed and use a mouthpart to turn the door handle to his room, they quickly shove him back in it. Only his sister takes pity on him, collecting a range of rubbish for her hungry insect-brother to feed on. What follows is a blackly comic narrative  which nails a certain kind of existential despair so well that we now use its author’s name as a descriptor: Kafkaesque. Confined to his bedroom, Samsa watches as his family rearrange the furniture, discuss how to manage without his income, and try to kill him by throwing apples at him. Fortunately, Samsa survives the attack and embittered, understands that he has become an object of fear and shame.

Kafka, son of an overbearing father, Jewish and raised in Prague, a city split between a German and Czech-speaking population, had plenty in his life which demonstrated how tenuous our social position can be. The Metamorphosis is a scathing but probably accurate portrayal of how his own family would have reacted should young Franz have developed a carapace and antennae and Kafka, no doubt aware of Freud’s newly popular theories, also wanted to capture the tension between maintaining the veneer of respectability so important to people like his parents and dealing with our inner urges. We all carry secrets hidden within us. What if one day those dark longings became visible? Wouldn’t we look like an insect then?

Since Kafka died in 1924, just as National Socialism began its rise to supremacy, with his whole family perishing in the apocalypse that followed, much has been made of The Metamorphosis as a eerily prescient foretelling of the Holocaust, but although Kafka certainly experienced anti-semitism – routine for many people at that time – The Metamorphosis isn’t a social commentary, it’s a very personal story about the limits of love and how even when we’re an insect, we can still enjoy small pleasures.

Out of consideration for his parents, Gregor wanted to avoid being seen at the window during the day, the few square meters of the floor did not give him much room to crawl about, it was hard to just lie quietly through the night, his food soon stopped giving him any pleasure at all, and so, to entertain himself, he got into the habit of crawling up and down the walls and ceiling. He was especially fond of hanging from the ceiling; it was quite different from lying on the floor; he could breathe more freely; his body had a light swing to it; and up there, relaxed and almost happy, it might happen that he would surprise even himself by letting go of the ceiling and landing on the floor with a crash. 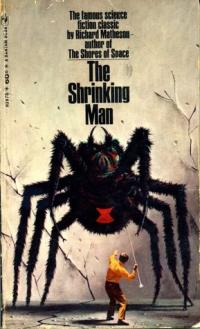 'The Shrinking Man' by Richard Matheson

Born two years after Kafka died, Matheson wrote The Shrinking Man in 1956 at a time when Cold War paranoia had reached a peak, the Marshall Islands had become a nuclear test site, and Hoover had decided that if he couldn’t find real Communists to prosecute, he’d fake evidence against innocent people and prosecute them instead. In Shrinking Man, Scott Carey absorbs mysterious glittering droplets into his skin when a curtain of spray crosses the boat where he’s sunbathing. A few days later he starts to shrink, proportionately. Everything in Carey’s life changes, but specifically Matheson homes in on how it affects his protagonist’s masculinity. There’s an excruciating scene where Carey and his wife try to renegotiate their sexual relationship now that he’s five foot three. She asks where his wedding ring is and he says he wears in on a chain round his neck because it doesn’t fit anymore. Except, screams the subtext loud and clear, it isn’t the ring that doesn’t fit. Toes curling with embarrassment, we get where Matheson is going with this.

But there’s another side to Carey’s predicament. The story of his shrinking is told in flashback, interleaved with Carey, now tiny and lost in the basement of his own house, locked in battle with a spider and under constant threat of death from starvation or thirst. Paradoxically, the smaller Carey gets, the more of a man he has to be. From a worker drone with a safe, picket fence existence, Carey has become a hunter gatherer living on his wits and forced into desperate ingenuity. This transformation, purportedly about size, is actually about how Carey’s will to survive grows, even as the rest of him shrinks.

He lay there for a long time, unable to move, shaking with the remains of dread and exertion, sucking in lungfuls of the cold air. I made it, he thought. It was all he could think. I made it, I made it! As exhausted as he was, it gave him a warming pride to think it.

These three books explore the impact of change. Orlando says gender changes nothing, The Metamorphosis that love is only skin deep and The Shrinking Man that it’s only when we’re stripped back to our bare essentials that we find out who we really are.

What was the biggest change you ever experienced? Did you ever change into a beetle? Or start to shrink? Even if you didn't, would you write a book about your transformation?