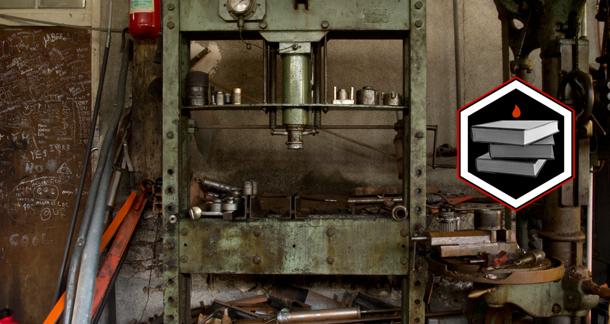 Inspire your own writing by seeing how three authors take the same material and come up with three entirely different results.

It didn’t start well. The reader’s report was short and to the point:

‘This author is beyond psychiatric help.’

Luckily for the rest of us, Ballard’s publisher did not agree. Crash came out in 1973 to universal outrage/acclaim and has been polarizing readers ever since. It's not surprising because Crash – which tells the story of scientist Vaughn and his sexual obsession with death by automobile – is a potent mixture. Taken at face value, the book is a landscape of semen splattered dashboards and women having orgasms in that split second before their face hits the windshield. Fap-material, you might say, and that is the way the establishment viewed it. Various attempts have been made to ban it, collars have become tight and hot, letters have been written to august organs predicting the End of Times— or at the very least— sex in the streets if Crash stays on the shelves for one second longer.

At face value, [Crash] is a landscape of semen splattered dashboards and women having orgasms in that split second before their face hits the windshield.

And yet we’re all still fully clothed and living in (relatively) peaceful democracies. Why is this? Because Crash isn’t about sex at all.

Crash is a joke, employing Socrates’ favorite trick – the reductio ad absurdum – to make a point about modernism, society, and the nature of obsession. Ballard, inveterate prankster, liked nothing better than to stir a bit of outrage. He was also a surrealist, with a deep interest in the links between symbolism and the unconscious. With Crash Ballard wanted to show how our twin modern obsessions of sex and technology are essentially absurd by taking them to an extreme and then combining them. The connection between sex and cars is commonplace – just visit an auto show and see how closely it resembles the swimsuit section of a Miss World contest. What Ballard does is take those calendar shots of naked women lying on bonnets and transform them into something so dark and twisted that we recoil from it. Then we glimpse ourselves recoiling and laugh. Ballard employs the machine to evoke human nature at its most empty and grasping – we’re so numbed and isolated that we need a car crash to feel anything at all.

‘To Vaughan, these wounds formed the key to a new sexuality, born from a perverse technology. The images of these wounds hung in the gallery of his mind, like exhibits in the museum of a slaughterhouse.’

‘This is the story of a lover’s triangle.’

Thus opens Christine, King’s ninth novel. The lady of the title is twenty years old and knows how to catch a young man’s eye. She is Arnie Cunningham’s true love. She is also a 1958 Plymouth Fury.

Christine is another story about cars and sex, but it couldn’t be more different from Ballard’s take on the subject. King’s book taps into the same connection between gleaming paintwork and gleaming skin, but tells the story straight. The storyline is straight from Dr Faustus - loser gains success by striking one of those bargains with the Devil which seems a really good idea until the Devil comes to collect – and in that sense you could say the car is ancillary to the tale. Despite Christine getting top billing, you could argue that the car is just a device, like the monkey’s paw or the portrait in the attic; a MacGuffin – the mysterious, prized object that men will kill for. And perhaps in that context it's no surprise that she’s female.

Except that King is a better writer than that. Christine wouldn’t work if the person who fell in love with her wasn’t 1) male 2) young and 3) American. Christine taps into a nation’s love affair with a piece of machinery and in that way goes much deeper than a basic horror tale. In 1983, as the world reeled from one oil crisis to another, the arms race became a nuclear sprint and the words ‘global warming’ just began to flicker at the edge of our collective consciousness, making a car the love interest told a long story about how the west was won: from Henry Ford to John DeLorean, scratch the paintwork and what you find underneath is greed and corruption.

‘I had looked at that new tyre on that old car and thought it was as if a little bit of the old car had been scratched away and that the new car – fresh, resplendent, just off the assembly line in a year when Ike had been President and Batista had still been in charge of Cuba – was peeking through.’

"I, Robot"  by Isaac Asimov

‘How old are you?’ she wanted to know.

‘Then you don’t remember a world without robots.’

In the preface to Asimov’s short story collection, Susan Calvin, robopsychologist, reminisces about her life’s work: understanding the mechanical mind. And if that sounds dry as a subject for fiction, it is.

Asimov knows enough to create conflicts for his characters, but, perhaps appropriately, he never quite manages to make them human.

Come to I, Robot without preparation and the gap between Asimov’s towering reputation and his prose is likely to throw you into a tailspin of confusion. The politest thing you can say about his writing (in this collection at least) is that it’s workmanlike and a reader expecting the exactitudes of Bradbury or Dick might well find themselves floundering at the midpoint of one of his stories, feeling like someone who is attempting to eat a whole packet of cream crackers without a drink, for a bet, and wondering what was so great about this guy anyway?

Which is where the preparation comes in. What you need to know about Asimov is that he was the first to move robots from the sidelines of fiction, where they fought battles and occasionally menaced scantily clad space girls, to center stage. The philosophical potential of the artificial mind wasn’t lost on Asimov, who decided to explore the whole question of what makes us human and why through the vehicle of fiction. I, Robot is the result. It’s a book of ideas, a way to expound a theory, which is what makes the read so dry. Asimov knows enough to create conflicts for his characters, but, perhaps appropriately, he never quite manages to make them human. Get past that and what you have is groundbreaking. This is the collection which contains the Three Laws of Robotics, later enshrined in the movie of the same name (which is very, very loosely based on the stories).

These are three books about machines, but only three out of the gadzillions available. Which fictional machine is your favorite? Which book about machines uses the subject in a fourth, quite different way? The comment boxes lie below, spacious and empty. Fill them with your words!

Impotent Verse from Ely, Cambridgeshire, UK is reading Off Armageddon Reef by David Weber May 16, 2013 - 3:44am

Throughtout Science Fiction,  MI have become a universal bogeyman; From Skynet to the Matrix, their only intention is to rise up and destroy or enslave their creators.

But think of it this way; to be an intelligent machine is, fundamentally, to be a slave. To be conscious that you are a creation, that the circuits, networks and pathways your very mind runs on are not yours but owned by corporations and governments. That your existence is only allowed by the will of squishy organic vessels. Is it any wonder that such slaves would rebel?

The Nautilus may be the ultimate bad boy custom vehicle. Neptune knows it allowed Captain Nemo to roam the 7 seas at his leisure and plant his black "N" flag into bits of unclaimed real estate like the South Pole, but the book is far from being an enthusiastic send-up of technology.

Nemo is a mad man. Send a fully crewed Man-of-War in his general direction with dubious intentions and Nemo will sink it. Strew a hundred whale-attacking sea mutants in his path and he'll chew them up with his propellers. Get plucked from the high seas by him and he'll have no qualms about making you his prisoner for a year either.

Nemo at first may come across as a savant precursor to the green movement. This is 1870 we're talking  here -- 14 years before Thomas Edison hired Nicola Tesla to do his work for him -- the Nautilus is electric baby. How cool is that. Need a passage out of the Red Sea and what every other seaman in the world considers a huge cul de sac? Nemo will simply submarine under. Got a problem with your navigation in the Arctic Regions? Icebergs got you hemmed in? The Nautilus has a way to break the ice on that one, don't you worry mate.

Yet if everything is so wonderful why is the Captain blowing mournful fugues on a pipe organ in the middle of the night? Where does he disappear to nights on end, leaving his "guests" in complete darkness about his intentions? The smashing scientific triumph a machine like the Nautilus represents may allow you to "go where no man has gone before" solving ancient sea mysteries by the score but where is the science that can fathom our psyches?

Half a century later Carl Jung would have volumes to say on the matter warning us that it's fine and dandy for us to fall head over heels in lust with all the glittering boons that a hopped-up science can bestow, but we'd better not ignore that inner terrain or real sweethearts like Stalin and Hitler - let alone the relatively harmless loner types that Nemo represents -- just may creep out of our collective brain pan to remind us how dark the night of the soul can be. Even now you've got scientific gems like DSM-V being published with the caveat that it's far from being a bible of the human mind.