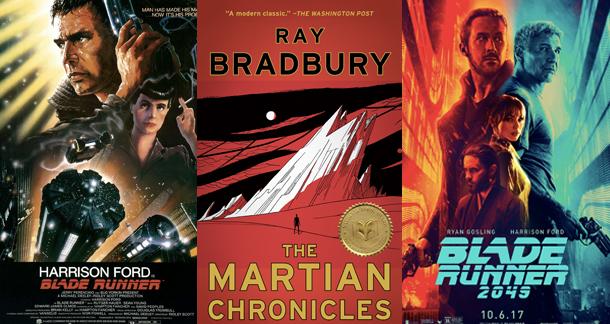 Blade Runner 2049 may be a colossal failure at the box office, but its critical reception and the buzz generated online indicate people will be talking about it for years to come. One point of discussion has been its literary connections. Of course there’s the fact that it’s a sequel to a movie based on Philip K. Dick’s Do Androids Dream of Electric Sheep?, but there are allusions to other books in Blade Runner 2049. The most obvious is Vladimir Nabokov’s Pale Fire, a novel that is prominently featured in the apartment of main character K (Ryan Gosling) and is liberally quoted during the baseline test scenes. Then there’s K being dubbed "Joe" by his holographic companion Joi, spelling out Joe K. that looks a lot like “joke,” a reference to the short story “The Trial” by Franz Kafka. But what hasn’t been discussed yet is the thematic connection the Blade Runner movies bear to Ray Bradbury’s 1950 short story “There Will Come Soft Rains.”

First of all, a little context. 1982’s Blade Runner is based on the aforementioned 1968 novel by Philip K. Dick, the author of A Scanner Darkly and The Man in the High Castle. It follows Rick Deckard (Harrison Ford), a specialized detective in a dystopic near future of 2019 who hunts down escaped replicants, cloned slaves that are outlawed on Earth. The desiccated environment and overrun urban landscape is a reflection of Cold War concerns about nuclear war but also of pollution and an extinguishment of resources. The movie also asks many cryptic questions and meditates on the question of what it is to be human as it navigates the tensions of the time, namely the advent of genetic engineering in the 1970s.

The sequel picks at these threads until they unravel. Set 30 years later, 2049 follows another blade runner, K (Ryan Gosling), but with the ironic twist that he is a replicant that hunts his own kind. The fine line between humanity and its creations is explored even further in this movie, with K discovering a replicant gave birth not long after the events of the first movie. The environment, as well, is given even more of a laser focus, with a sea wall having been created in Los Angeles to ward off the rising ocean levels resulting from climate change, a very 2017 anxiety.

But these two movies and their source material certainly weren’t the first stories to explore the intertwined relationship between man and machine and the fear of man’s effect on the world. Bradbury's “There Will Come Soft Rains,” originally published in Collier’s, follows a computer-controlled house that cooks, cleans and takes care of virtually everything an upper-middle-class family in the United States of the future might need. This future in the original version was April 28, 1985, but later collected versions have been changed to August 4, 2026. It takes place over a day in the city of Allendale, California, with the framing device being when the house announces the time and the menial tasks it executes throughout the day.

It becomes very apparent, however, that something isn’t right. There are no people around, and subtle mentions of a city nearby emitting a radioactive glow indicate what has taken place. The 1920 poem “There Will Come Soft Rains” by Sara Teasdale plays on a tape recorder at one point, with it being about how nature can go on without humans. The house is the only one left standing, and at one point a "nuclear shadow" of the family is mentioned as being on the side of the house. Finally, a gust of wind blows a tree branch through the window which causes cleaning solvent to spill on the stove and cause a fire. The house attempts to fight the fire but its water reservoirs have been depleted after days of cooking and cleaning without replenishment. The house burns to the ground in the end, with only one wall left still giving the time.

So Bradbury, best known for The Martian Chronicles (1950) and Fahrenheit 451 (1953), was tackling a few things with “There Will Come Soft Rains,” including man’s capacity to bring about its own obliteration and not just man’s reliance on technology but also technology’s reliance on man. As it was only five years after the bombing of Nagasaki and Hiroshima, the end of World War II and the start of the Cold War, it was rather prescient of Bradbury to be predicting a nuclear holocaust. And he brings it home to an American audience by setting it in the suburbs near a hypothetical big city. Americans for the most part think they’re invincible, and even after 9/11 it’s still hard to grasp being attacked. So the idea of a, pun intended, nuclear family being wiped out in such a stereotypically comfortable and safe setting is a haunting image.

What’s even more haunting is the treatment of the machines within the house itself. There’s the sing-song voice-clock, the small cleaning animals, “all rubber and metal,” and the poor kitchen stove that keeps making food that will never be eaten. Bradbury writes:

The house was an altar with ten thousand attendants, big, small, servicing, attending, in choirs. But the gods had gone away, and the ritual of the religion continued senselessly, uselessly.

The slaves persist in their work even without masters. But what’s intriguing about how Bradbury envisions the future is these slaves aren’t given personality. They’re anthropomorphized to an extent, with the clock and study ceilings and others having voices, but they’re not sentient. And while the machines in “There Will Come Soft Rains” are specifically designed without faces and there’s a clear delineation between the machines that are completely utilitarian in their functionality, the Blade Runner duology has a very different and perhaps frightening approach to the question of technology.

In the first movie the opening text makes it clear that robots exist, and have evolved into the Nexus phase, with the antagonists of the movie being Nexus-6's. It’s unclear exactly what the composition of a Nexus-phase replicant is, however, because they are described as being created by genetic engineers and being “virtually identical” to human beings. This is taken a step further in the sequel, when it’s revealed that a replicant either gained the ability to conceive a child or was designed that way.

So as opposed to “There Will Come Soft Rains,” it’s made explicitly clear that the artificial creations that are meant to serve human beings are also made to look like human beings. It’s never explained in either Blade Runner movie why this is, although a few reasons can certainly be inferred. Replicants Batty and Zhora, for instance, are said to be combat models, so having them appear to be normal could allow them to infiltrate the enemy, much like a Terminator, or be underestimated by an opponent at first glance. And with Pris as a pleasure model it’s a safe assumption that people would want to be intimate with something that looks like them.

There’s also the question of the “uncanny valley.” This suggests that when human beings are animated the technology isn’t quite able to capture photorealism, resulting in an effect that elicits uncanny, or strangely familiar, emotions in observers who feel like something is “off.” The most common example is the 2004 computer-generated movie The Polar Express. Directed by Robert Zemeckis (Back to the Future, Forrest Gump), its entire cast, including Tom Hanks, is animated, but with an attempt to mimic reality rather than a stylized depiction like in The Incredibles or Moana. Most people say it’s the eyes in The Polar Express that are off putting, as they appear hollow and lifeless. Ironically, on a meta level, the filmmakers behind 2049 seemed to have overcome the uncanny valley in a startling scene featuring a de-aged cast member. So hypothetically, with replicants, the designers would strive for technology that's as lifelike as possible because anything less could have an unintended but visceral effect on a human being. Even still, in 2049 it appears that human beings can recognize replicants by some sort of unspecified visual signifier. 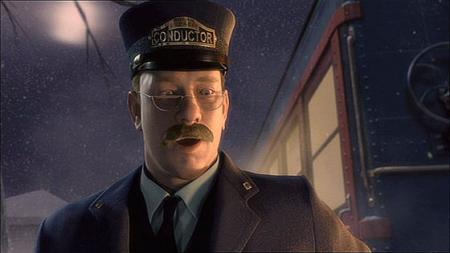 More importantly, however, their creators have to be considered. In the case of Tyrell, the owner of the Tyrell Corporation in the first movie, he takes pride and is in awe of his creation and wants them to be, as he explains, “more human than human.” In the sequel, Niander Wallace of the Wallace Corporation has a god complex, and his motivation behind crafting replicants that can procreate makes little financial sense. He claims mankind needs slave labor to push even further out into the universe, and that self-replicating replicants would facilitate this. But the movie presents a born replicant as aging normally, whereas one created is already an adult and is therefore much more efficient. Wallace is more concerned with one-upping Tyrell (who may have given the first Blade Runner movie's Rachael the ability to breed) and with proving he can do it just to say he did it.

There are surface similarities between “There Will Come Soft Rains” and the two Blade Runner movies, namely the fear of nuclear war and the ubiquity of technology, but the latter two have very different perspectives on the future. Bradbury presents a distinct binary between man and technology and posits that man’s hubris will eventually bring about the annihilation of both. Blade Runner, however, declares that eventually there won’t be a difference between man and technology. 2049 picks this up and goes even further, speculating that replicants are a next step in evolution and will either replace humans through revolution or interbreed so that some new species results.

Science fiction is shaped by real-world parameters, but it also can’t help but respond to the ongoing conversation that is each new story. “There Will Come Soft Rains” was both Ray Bradbury’s feelings about and a warning to avoid the mutually assured destruction that was the Cold War between the Soviet Union and the United States. Blade Runner ponders the fine line between man and his creation, and 2049 shows there is no line.

What they all prove is how storytelling can both reveal hidden truths about the human condition and warn against man’s capacity to bring about his own obliteration.

Book vs Film: 'Do Androids Dream of Electric Sheep?' vs 'Blade Runner'