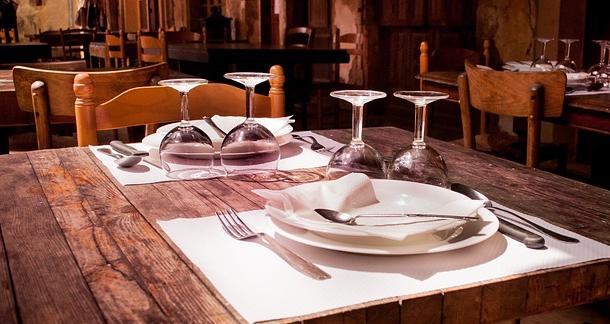 The holidays are a marvelous time to contemplate the futility of existence. Albert Camus, Brett Easton Ellis, and old Will Shakespeare might be able to offer some comfort at the stuffing bowl if you're not quite feeling the joy of the upcoming season. If the stuffing bowl is even really there, that is.

The term 'nihilism' can be used rather broadly in a variety of contexts but generally, it boils down to the idea that nothing—not you, nor your beliefs, nor your actions, nor the world encasing them—matters worth a damn. The universe we live in has no intrinsic value, and nothing we as humans do will ever give it value. Some of the titles below embrace this concept head on while others use nihilism as a leverage point to address other topics. A surprisingly difficult ideology to pin down exactly, critic and philosopher Nikolai Strakhov may have come closest when he said, “Nihilism itself hardly exists, although there is no denying the fact that nihilists do.” 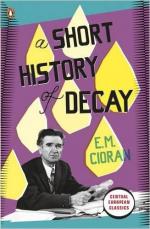 Cioran was a Romanian writer and philosopher, author of additional cheery titles such as On the Heights of Despair and The Trouble with Being Born. But it's not all bleak (okay, maybe it is). Cioran confronts the absurdity of human existence with wit, skillful prose, and even humor. In one interview, he relayed an incident where his mother told him she would have had an abortion if she'd known he would be so miserable. Rather than being saddened by this remark, he reportedly found comfort in the notion that his life was purely accidental. Interesting guy, to say the least. 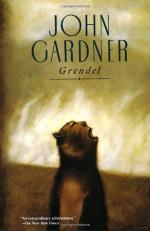 Gardner revisits the traditional tale of Beowulf with a series of complex and somewhat disturbing revisions. Having watched humanity from afar for many years, Grendel seeks the counsel of a dragon who informs him that all societal structures are useless in an inherently meaningless world. The book ends with Grendel bleeding into an abyss. “Poor Grendel’s had an accident. . . So may you all.” There is no separation between the heroes and the monsters in this version of the ancient legend. 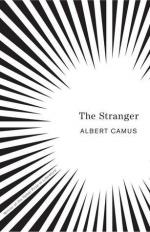 3. 'The Stranger' by Albert Camus

Camus may have been more of an existentialist, but he was deeply preoccupied with the concept of nihilism. He worked diligently to build a case for the validity of existence, and mixed results followed. The Stranger analyzes the irrationality of mankind and the universe through the lens of a murder that had no motive, a very pertinent topic for anyone who has turned on the news at any point in their lifetime. For more on Camus, nihilism, and his influence from Dostoyevsky, head over to this 1959 interview. 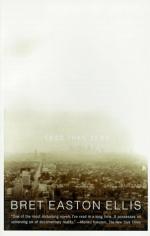 More than any of the other titles on this list, Less Than Zero scrutinizes consumerism and material culture's role in life's meaning. Its main characters lead exaggerated lives of wild excess and constant partying, but the dramatization of their actions also casts a chilling reflection on far more average people as well. We call celebrities shallow and worthless, but are we actually any better? 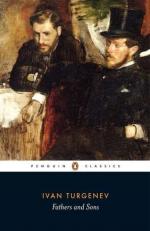 5. 'Fathers and Sons' by Ivan Turgenev

Turgenev is in some ways the granddaddy of nihilism, known for popularizing the term with the publication of Fathers and Sons in the nineteenth century. Between Russian writers of this period (when nihilism was also the moniker of a political movement), there are quite a few titles to choose from along a similar vein. Dostoyevsky's novel, The Brothers Karamazov, is one of the most often referenced. It was there that Dostoyevsky wrote, “If God does not exist, everything is permitted.” 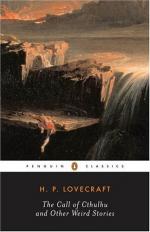 6. 'The Call of Cthulhu and Other Weird Stories' by H.P. Lovecraft

There are a lot of potential labels that could be attached to Lovecraft, but we are talking about a man who once called humanity “the miserable denizens of a wretched little flyspeck on the back door of a microscopic universe.” The Lovecraft mythology repeatedly returns to the idea of a vast and uninterested cosmos where man's wants and desires are basically useless. 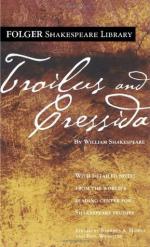 7. 'Troilus and Cressida' by William Shakespeare

Often labeled a “problem play,” Troilus and Cressida may be the darkest of the Bard's work. Based off medieval tales of Troy and Homer's Iliad, Shakespeare creates cruel caricatures of mythic heroes as preening swines and arrogant fools. Love doesn't save anyone and (spoiler alert) just about everyone dies. Although Troilus and Cressida has been called satire, critic Harold Bloom accurately noted that “the play's bitterness surpasses the limits of satire."

Side note: If you believe in putting things in lists or reading lists, odds are good that you are probably not a complete nihilist. Also, it might be impossible to write anything about nihilism without mentioning Friedrich Nietzsche at least once. So, there you go: Nietzsche.

While researching this list, I found precious little on any connection between nihilism and women or minority writers. However, I am going to add The Women's Liberation Movement in Russia: Feminism, Nihilism, and Bolshevism by Richard Stites as recommended reading for more on the history of the term and ethos.

Dino Parenti from Los Angeles is reading Everything He Gets His Hands On November 25, 2015 - 8:43am