There is No Bottom, There is Only The Abyss: A Hubert Selby Jr. Primer 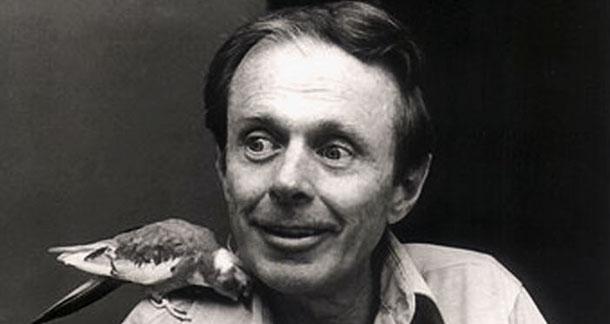 Transgressive Fiction: “A literary genre that graphically explores such topics as incest and other aberrant sexual practices, mutilation, the sprouting of sexual organs in various places on the human body, urban violence and violence against women, drug use, and highly dysfunctional family relationships, and that is based on the premise that knowledge is to be found at the edge of experience and that the body is the site for gaining knowledge.”

Much like Noir, the subgenre of Transgressive fiction is incredibly broad. When it comes right down to it—at least according to Chun’s definition— we can lump such storied authors as de Sade, D.H. Lawrence, and Joyce together as forebears. Hell, we might even be able to throw such post-World War II novelists as Salinger, Vonnegut, and Roth (Particularly Roth’s novella, The Breast, and his alternate history, The Plot Against America) into the mix. But readers of this at times baffling genre within a genre know the skinny; they know there is a very short list of novelists who actually write transgressive fiction, and an even shorter list of those who pioneered it and suffered at the puritanical hands of the mid-20th century bible beating censors who felt their works were too vulgar for the virgin eyes and minds of the reading public.

No matter how violent and grim the city became, he never looked away, never blinked, and dared the reader to experience every gory detail.

If you’re one of my semi-regular readers, you know I’m not the biggest fan of Burroughs. Unreadable as far as I’m concerned, although I don’t deny the patron saint of the Beat Generation’s overall influence on modern American literature. But for me, Hubert Selby Jr. was by far the superior writer, albeit both authors delved into the American lowlife: the junkies, the thugs, the whores, the con-men; the main difference being Burroughs turned his scumbags into talking insects who occupied a metaphysical Morocco while Selby’s world was the all too brutal streets of New York City. And no matter how violent and grim the city became, he never looked away, never blinked, and dared the reader to experience every gory detail.

For me, reading Selby for the first time was a revelation. His prose was darker than anything I’d ever encountered (including the splatterpunk horror writers such as David J. Schow and John Skipp that I inhaled in my teens.) There were no parameters to define him; he disregarded all the rules of basic composition. Common grammar, punctuation, etc. There was only the blind heat of the words he couldn't stop himself from typin, bringing these crooked, all too real human beings to the page.

Sometimes we have the absolute certainty there's something inside us that's so hideous and monstrous that if we ever search it out we won't be able to stand looking at it. But it's when we're willing to come face to face with that demon that we face the angel.

Selby was born in Brooklyn, NY in 1928 to Adalin and Hubert Selby Senior. Selby Senior was a former Kentucky coal miner, but spent the bulk of his adult life as a merchant seaman. At age 15, Selby Jr. quit high school and followed in his father’s footsteps. However, after three-and-a-half months, Selby Jr. was diagnosed with advanced tuberculosis and was given less than a year to live. Selby Jr., of course, defied the odds, but due to the archaic treatments for TB at the time, he spent the next four years of his life in out of veteran’s hospitals enduring many painful procedures which led to his long addiction to heroin.

With very little work experience and severe health issues, Selby was basically all but unemployable, and spent the next ten years of his life in and out of hospitals and taking care of his daughter while his wife supported their family by working in a department store. In 1958, with the encouragement of life long friend, novelist and Grove Press editor, Gilbert Sorrentino (Last Exit to Brooklyn is dedicated to Sorrentino), Selby began writing, and slowly started crafting his first short story, “The Queen is Dead," which, along with his brutal story, “Tralala,” and three other interconnected stories, would eventually become a part of his ground breaking first novel, Last Exit to Brooklyn, which saw publication in 1964.

In 1967, Last Exit to Brooklyn was brought to trial in England on obscenity charges and was banned in Italy. In the same year, Selby moved to Los Angeles, CA with hopes of kicking his long dependence to heroin. (A two month stint in L.A. county lock up for possession helped him finally kick.) After moving to California, Selby would go onto write six more books, and see what many consider his best works—Last Exit to Brooklyn and Requiem for a Dream—go on to be adapted into critically well received films. He also recorded three spoken word albums with Henry Rollins' 2.13.61 publications.

Selby died on April 26, 2004 in his adopted city of Los Angeles from chronic obstructive pulmonary disease. Clean for 37 years, Selby refused morphine in his final hours even though he was in intense pain.

So now that we’ve gotten past the sticky evolutionary parts, let’s get down to the brass tacks of what newbies to Selby’s genius should be reading.

Did you really expect me to not pick this book? Last Exit to Brooklyn was not only Selby's breakthrough book, but an American masterpiece that would continuously influence urban and hardboiled  fiction for over fifty years. The hard-bitten working poor who sit night-after-night at the greasy dive, The Greek, are desperate losers sick of their lives, but with no inclination or clue of how to change themselves. Last Exit is vulgar, ugly, violent, and utterly bursting with a vitality virtually unseen in the turgid, conformist  literature of the sixties. And while I don't necessarily consider Last Exit a novel, but rather an interconnected collection of novellas, there is no denying its raw storytelling power.

This was the first novel I ever read where I wanted to scrub myself with steel wool, scalding water, and bleach after reading it. (Selby felt the same, and was never able to reread the novel after its publication.) The Room is a Kafkaesque story of a petty thief locked in solitary confinement with only his wandering, sadistic mind to occupy himself. The nameless protagonist/antagonist of The Room is the very definition of both the unsympathetic narrator and the unreliable narrator. He is utterly repugnant, a man who has spent his entire life doing nothing but lying to himself to justify his actions, but the lies and fantasies have become so ingrained in his daily life that it has become the only thing that sustains him. The Room is not for the faint hearted, so if you scare easily go pick yourself up some Nicolas Sparks.

Song of the Silent Snow and Other Stories

Awwwwwww, I bet you thought I was going to say Requiem for a Dream, didn't ya? While I do love Requiem, it is a fairly dense and at times infuriating reading experience, and not a novel I would readily recommend to first time readers of Selby (though I will say that if you're a will-be-novelist, Requiem is a near textbook on how to write realistic dialogue), which is why I point you in the direction of Selby's sole traditional short story collection, Song of Silent Snow. The collection displays Selby's full range as a storyteller, with certain pieces such as “Fat Phil” and “Puberty” offering autobiographical glimpses into Selby's early life in Brooklyn.

Wherever you start in Selby's body of work, you're in store for an intense, entirely original reading experience that no writer has been able to touch since Selby left this small dirty world.

Devon Robbins from Utah is reading The Least Of My Scars by Stephen Graham Jones April 11, 2013 - 2:58pm

Selby is my favorite writer. If I had to pick a favorite book, it would probably be Last Exit to Brooklyn, but I really like all of them. The Demon is probably my least favorite.

sadly, the Demon is the only one of his books at my local library - off to the bookstore.

I actually like The Demon and consider it to be a precursor to Ellis' American Psycho. But, admittedly, it's been 20-years since I've read the novel.

Devon Robbins from Utah is reading The Least Of My Scars by Stephen Graham Jones April 12, 2013 - 8:46am

I can see that. I felt that The Demon was one of those that is all set up and no payoff. Maybe I was expecting too much though.

Great article!  Mr. Selby's work has been greatly undervalued for way too long.  Hopefully one day he will be recognized as the patron saint of transgressive fiction.

Thanks for an excellent read with a great and fitting title. Selby's one of my favourites as well, and remains undervalued. I'd replace Burroughs with (also Brooklyn-born) Henry Miller though, if I'd had to elect two gods of Grove Press. And I thought The Demon was wonderful as well, except perhaps for the final few pages. Of his later work I quite like The Willow Tree, though it's not his most realistic novel.