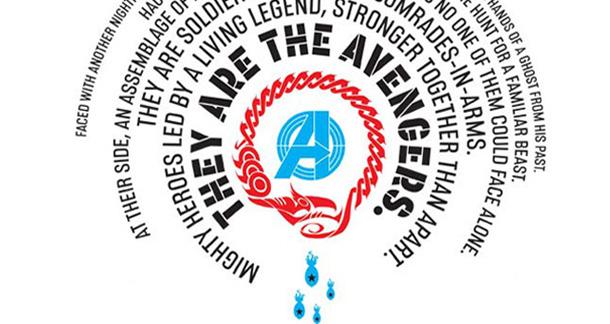 Arguably, we've already had the "year of the graphic novel." I'd give the title to some other arbitrary year, whichever year we were in when it became "cool" to like, read, or just know about "graphic novels." Certainly there's been a ton of critical acclaim for graphic novels as an art form for a long time, whether you want to go back to the Pulitzer Prize winning Maus by Art Spiegelman, or talk about more recent successes like Alison Bechdel's 2007 memoir Fun Home, or David Mazzucchelli's much beloved Asterios Polyp from 2009. However, this is the year when mainstream comics publisher Marvel comics (and thus superhero comics at large) has finally caught on that graphic novels are something they too should be capitalizing on. Marvel announced last month that they are developing a "New Original Graphic Novel Line" and here's why it's a big deal:

While most monthly comic publishers are more than adept at putting out TPB's (Trade Paper Backs - frequently called Trades), which are simply collections of already released serial work that can be displayed nicely on your shelf instead of in massive, hard to dig through comic book boxes, they've done precious little standalone graphic novel work. There are some examples of the big two trying this out —like Marvel's recent "Season One" line (X-Men: Season One is great and worth a read!) and DC's monster hit Superman: Earth One—but until now there hasn't been an "official initiative" to create more standalone graphic novel work from the big two.

I've run some intriguing (albeit small) experiments with new (and lapsed) comics readers, and time and again the issue for those readers was two primary things:

In an industry that does very little to draw in young readers (and new readers), that caters almost grotesquely to one primary group (middle aged white men), comics doesn't have a lot of future left for itself. And then came the movies.

#1. Finding comics/Access to comics. This issue has been at least partially solved by the growing popularity of digital comics and, to a lesser degree, access to more print trades and OGN's (original graphic novels) in expanded comic book sections in bookstores, rather than just comic book and specialty stores.

#2. Confusion and anxiety about where to jump in, as well as how to keep up with something that releases 12 times a year. For a non-comics fan, or non-regular reader, this is a huge stumbling block. And frankly, even I understand this issue, and I am someone absolutely steeped in comics and comics news—there is just so much information. So the idea of stand alone graphic novels that can be read and loved and then put on a bookshelf, that are independent of continuity and confusing ongoing stories, and are accessible via bookstores and even Amazon—that makes finding a place to start a lot easier for people that might be interested but hesitant.

Talking recently with a friend, he was shocked by the low numbers I gave him for a top selling monthly comic book. A lot of people outside the industry don't realize how much readership has shrunk over the years...and a lot of people inside the industry don't seem to accept it, or conversely accept it and don't care. But it's a big problem. In an industry that does very little to draw in young readers (and new readers), that caters almost grotesquely to one primary group (middle aged white men), comics doesn't have a lot of future left for itself.

And then came the movies.

While there have (almost) always been superhero movies out there, we've seen a huge resurgence in recent years, and not just in superhero movies, but in good superhero movies. And not just in good superhero movies, but in good superhero movies from the big two. Batman Begins changed everything (again) in 2005 with a brilliant take on the Dark Knight, and with it followed a slew of surprisingly good superhero films, culminating in the record breaking critically acclaimed monster hit The Avengers in 2012. Now, Superhero movies are always salt to taste—for this viewer the Nolan Batman films are all great, as are two of the Iron Man films (what went wrong with IM2??), the Amazing Spider-Man franchise is off to a great start, and The Avengers just can't be beat—but it doesn't even matter which ones you think work best. The bottom line is that well-liked or not, they bring in audiences that absolutely dwarf comic reading audiences. If only a FRACTION of that movie going public wanted to read comics from whence these superheroes came, that would be a massive influx of readers (and dollars) for comics. But where would they begin? As mentioned above, it is extremely difficult to understand the ins and outs of your average monthly superhero comic book, and you have to be REALLY interested, instead of just casually interested, in order to figure out what book you should read, what books are good, what order to read them in, etc. Add in things like variant covers (different covers with the same content inside) and reprints, and it's kind of a nightmare if you don't already "speak the language."

To make things worse, comics aren't like film or television, where ads are beamed right to you via your TV, phone, and computer. You generally choose what movie you want to see next or what television show you want to watch because you are bombarded with advertising that tells you these products exist. Not that ads are something I love, but comics are more like books—advertised rarely and mostly in places where comics people already go. So you have to seek them out to figure out what's coming out and when. But monthly comics are arguably more confusing than standalone books because once you know about them you're not done...you then also have to keep up. It's a constant effort, even for a fan like me, to stay on top of it all. But when I want to see a new movie, I just go. I don't think much about it. Comics takes a devoted and almost obsessive passion. And that's kind of awesome. There's something about that fact that I love, but it should also be easier, because not everyone is going to have that level of passion, or just that level of time and energy from a practical standpoint.

So how much easier would it be if you could go, "Hey, I loved The Avengers. This Warren Ellis guy...he has a comic book about The Avengers coming out...I can buy it on Amazon. I don't need to read anything else, know anything else, or go anywhere once a month to read it...I can just...read it."

That, my friends, is a potential game changer for superhero comics.

A lot of die hard comic fans (some of which may live in my apartment with me) don't love the word "graphic novel" —they take issue with the idea that comics are not "cool" enough for the population at large, that new readers are only willing to embrace comics if they can call them something "hip" like graphic novels. I get it, and those people aren't entirely wrong. But I care too much about the survival of comics, including good superhero comics, to see it as a point worth debating. We can call them funny books or supremely unfunny books for all I care. So long as they bring new (and young) readers to the medium, I'm all for it.

The old adage that "you can't fight change" exists for a reason. A hell of a lot of people in comics try to fight it—I'm not sure why—but it's fruitless. Change truly is the only constant. And frankly, if change brings us new and better books, and a flourishing superhero genre in an amazing medium (and I don't mean film) then I'm not sure what the fight is even about.

Here's to an age of standalone Marvel graphic novels that anyone can read and love. Bring it!