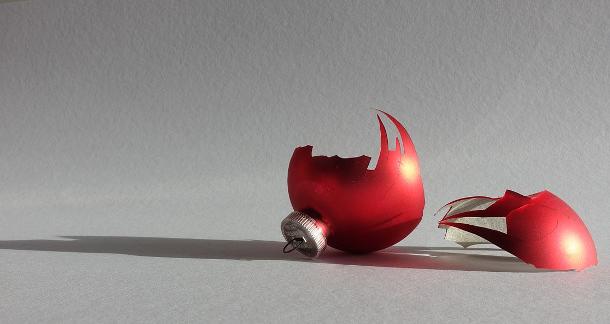 Between last September and November, several regular writing clients of mine either closed their doors or cleaned out their freelance staff, leaving me to scramble for new contracts during December. This did not go well. Instead, the experience became a lesson in why submitting during the holidays is not a great idea, and how to survive if you have to do it anyway.

The Most Hectic Time of the Year

Why isn't December a great time for submitting queries and generally finding work as a writer? The main reason is fairly simple: people tend to take time off around the major holidays. Between office parties, vacations, and family screaming matches, emails may go unseen until after the madness has passed. There's also that last frantic push to wrap up any stubborn, ongoing projects before moving on to new ones at the beginning of the year.

Everyone is just trying to come out on the other side of the holidays with all their organs and limbs intact, and sometimes we all need a break.

It's possible to make an argument against submitting at basically any time of the year. Publishing supposedly slows to a crawl in summer as well. But looking at things objectively, who really wants their email to be the first thing some tired sap sees while nursing a hangover the day after New Year's? Maybe your story/pitch/query is so fantastic that they open their eyes wide and exclaim that this is what makes coming into the office after a quart of Kraken-spiked eggnog worthwhile. In which case, that's wonderful. But for anyone who knows the odds of getting a piece accepted on even a typical day, this scenario doesn't seem very realistic.

One option is to hunker down until the holidays pass, fine-tuning your work or doing research for future projects. But you could also do what I did last year after watching several regular gigs dry up—obstinately press onwards despite less than stellar results and a lot of radio silence. If I learned one thing from last December, it's that the best tactic for getting through a difficult stretch is to slow down and focus on the craft. Find the most compelling stories and characters, and write for the story's own sake instead of an invisible person on the other side of a screen. Easier said than done, but it's a goal worth striving for.

When you invest a good deal of time and effort into building a relationship with a publication as a regular contributor, it can be disheartening to watch what looks an awful lot like your work collapsing into the dust. But the bad times pass. They always do, eventually. December turned to January, and I slowly began to rebuild my clientele from a trickle to a regular stream. If you rely on your writing for an income or a side income, maybe getting through the holidays (or any lean stretch) means taking on extra work somewhere else.

US News & World Report has an article on job searching during the holidays that contains a few grains of excellent advice. If you're trying to plow through the season without pause, you may end up facing some unpleasant rejections close to Christmas and other holidays. If this is a time of year that tends to make you feel a bit down even under ideal circumstances, that might be something to mentally prepare for.

Be kind to yourself and practice patience. Even more than the usual amount necessary to exist as a writer. Everyone is just trying to come out on the other side of the holidays with all their organs and limbs intact, and sometimes we all need a break.