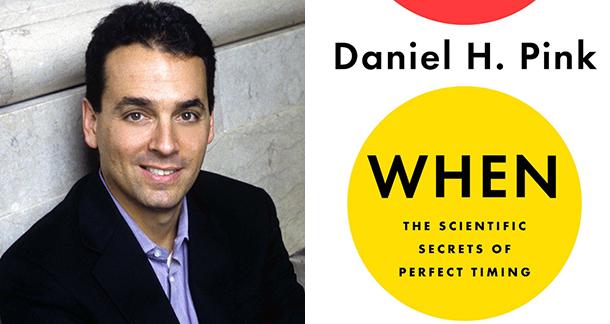 Let me kick this thing off by shocking you with a bold statement—novelists are creative people.

How is something as ephemeral as creativity related to the difficult work of capturing it on paper? Non-writers, to a large degree, have a romantic and movie-inspired impression of creativity. They believe in things such as writer’s block (which I don’t personally believe in, and I've rarely met a serious writer who believes in it as presented in pop culture). They believe writers just wait for the story to come, and the muse-fairy comes along and taps your face with a wand and then, you get to work. They envision a marathon-montage where a masterpiece is pounded out in mere days—without revisions!

The truth is, a creative result doesn’t necessarily require a magical and unrealistic process.

Every author’s writing routine is as unique as a fingerprint—the times of day, the degree of consistency, their priming elements (a drink? A smoke? A walk? Tea?), and their process (Write by hand first? Revise as you go? Outline, or seat of the pants?).

As a writer myself, I have long examined the routines of excellent writers. I’m jealous of the authors who can get up at five in the morning and knock out their pages like clockwork. Yet, I’m equally jealous of the writers who can make their livings on just a few sessions during a week or a month, plugged in at odd hours.

You may think there is nothing to be decoded from the routines of famous and successful authors. The process is always different, yet the result is the same in that they consistently produce quality fiction, the same way a major league power hitter’s swing is their unique process that results in gargantuan homeruns.

For a long time, I just allowed my consistently-inconsistent routines to putter along at their own pace. Despite my reputation as a “creative,” I have an obsession with the analytical—I want to know the reasons and structures behind every activity I engage in, but I gave up when trying to apply analytics to the creative process. I decided some things really were just magical.

However, I was asking all the wrong questions. Instead of asking WHICH routines where the best, I should have asked a single-word question that has quite literally transformed multiple facets of my life, including my writing output.

That question is: WHEN?

Every author’s writing routine is as unique as a fingerprint—the times of day, the degree of consistency, their priming elements, and their process.

The Science of Perfect Timing

I’ve been a Dan Pink addict since I read the book Drive a couple of years ago. I subscribe to his newsletter, I listen to his podcast, I even took a shot at getting in touch with him personally to deliver some answers straight from his mouth at a high school speaking engagement (not easy, but it worked, and he was polite and thorough in answering my questions).

I was waiting for his next book, When, with great interest—the premise was fascinating, and he was carving out a new niche. So many books on business, lifestyle, and productivity always focus on HOW. “The science of perfect timing” is a compelling hook, so I read the book the moment it went live on my Kindle.

I almost broke the highlighter function. If you’re reading this, maybe you’re a novelist—that’s the angle I’m taking in this article—but all walks of life can benefit from the findings in Dan’s latest book, and I highly recommend you go out and pick up a copy for yourself.

Early in the book, he poses an analytical question. Linda is thirty-one, single, outspoken, smart, and in college she majored in philosophy. As a student, she was deeply concerned with discrimination and social justice and participated in antinuclear demonstrations.

Knowing this, which of these two options are more likely?

A. Linda is a bank teller.

B. Linda is a bank teller and is active in the feminist movement.

The answer is A, and is not a matter of opinion, but of logic. A subset (bank tellers who are feminists) can never be larger than full sets (bank tellers).

Did you get the answer? Now, check your watch. What time of day is it?

In the study Dan is talking about, the question was posed at different times of day, and without fail, the performance was strong at the beginning of the day and got worse as the hours ticked by.

So, before you stop reading and start trying to convert yourself into a morning person, let me tell you how timing affects creativity—and, importantly, how timing differs for everyone in unique ways.

The problem I yanked from Dan’s book is an analytical problem. Solving it doesn’t require creativity—it requires logic.

Logic tends to peak in the morning. Energy levels and alertness rise with your body temperature, and with it, the ability to concentrate, deduce, and analyze.

From Dan’s book: “For most of us, sharp-minded analytic capacities peak in the late morning or around noon.”

Morning mind is a vigilant mind, excelling at shutting out distractions and applying willpower.

But this vigilance has its limits. After noon, when concentration and analytical ability reaches its peak, alertness and energy plummet. I can see your head nodding—this is the dreaded “afternoon crash” that everyone fears and is hellbent on avoiding with stimulants, meal timing, nutrition, etc.

Before we go any further, let me ask you another question:

Ernesto is a dealer in antique coins. One day, someone brings him a beautiful, bronze coin. The coin has an emperor’s head on one side and the date 544 BC on the other side. Ernesto examines the coin—and calls the police. Why? (Any coin stamped "Before Christ" is fraudulent because when minted, they'd have no way to know that they were living in a time before an event that had yet to occur.)

This is not an analytical problem, but an insight problem. Logic will create a wall that makes it more difficult to solve it. The solution comes in a flash, a realization, an “ah ha” moment that is the signature of many creative victories.

With the same studies applied to this problem, the inverse of the analytical problem was found: that people had trouble solving this problem in the mornings, but much less trouble in the afternoon, when their “performance” had seemingly plummeted. Why?

Now we arrive at the “inspiration paradox,” which is the finding that innovation and creativity are at our greatest specifically when we are not at our best, according to circadian rhythms.

After examining students, scientists concluded that students designing class schedules might perform better in classes such as art and creative writing during their non-optimal time in the afternoon, and should take analytic courses such as math in the morning.

How is this possible? The answer, put forth as simply as possible, is that the barriers of analysis that are tall and strong in the morning are weakened in the afternoon—we can get out of the way of logic and find a way around the wall to arrive at more insights and creative solutions.
If I may add my own anecdotal guess, I feel like most “writer’s block,” and resistance and frustration is likely just a writer trying to put creative words on paper during an analytical peak. Perfectionism, over-thinking, and sequential, uninspired words stunt the beginning of the process. You actually have to get frustrated and maybe even a little bit tired to find the sweet spot.

“Finally!” you shout, hopefully not aloud. “I endured all Fred’s bullshit to get to the point. I am going to immediately try creative writing in the afternoon and see how it goes.”

Not so fast, hot shot.

Here is the part where I really piss you off and tell you that you’ll have to wait for part two of this dive into timing to learn the tactics to discover and optimize your own peaks and valleys—all with creativity in mind.

In the meantime, I recommend checking out Dan’s latest book, When, and recording all of your questions, complaints, grievances, and anything else that moves you in the comments below.

The "When" Guide for Writers: Master the Science of Perfect Timing (Part 2)

Writer Burnout: What To Do When You're Done