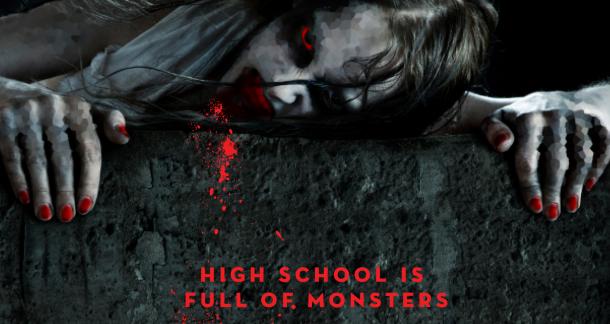 October is the month to honor things that go bump in the night, and what better way to celebrate than by delving into the world of the undead? There's no lack of young adult novels dealing with zombies, with gems from authors like Courtney Summers and Jonathan Maberry. There’s something for every horror fan, from humorous tales of zombie infestation to gory accounts of undead attacks. There’s no doubt about it; when it comes to young adult literature, zombies are hot. Dive in and run for your reading life with these seven young adult novels featuring zombies in all of their undead glory. 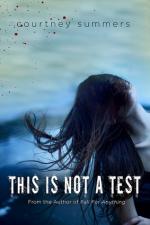 1. 'This is Not a Test' by Courtney Summers

Six months ago Sloane Price lost everything and her life has gotten progressively worse. So when the end of the world comes, Sloane doesn’t think it sounds so bad. Sloane joins five other students, taking cover in Cortege High, but their makeshift shelter is little comfort with the dead outside getting violent. All it takes for a living person to come back as a monstrous version of their former selves is one bite, and Sloane isn’t convinced that wouldn’t just be for the best. But witnessing the apocalypse through the eyes of five friends who actually want to live to see another day might just change her mind.

This is a stellar novel that is ostensibly about the zombie apocalypse, yet manages to be so much more. Sloane is a complex and devastated character torn between wanting to live and die, and readers will be enthralled by her internal struggle. Although there are zombies in the book, it’s not at all gory, so it will appeal to readers with sensitive stomachs. 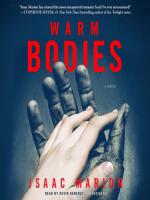 R is in the middle of a sort of identity crisis. He is a zombie, and like other zombies he occasionally eats people, has no identity, no memories, and no pulse. Yet, unlike other zombies, he’d much rather spend his time listening to Sinatra in the 747 he calls home, or collect souvenirs from the fallen city. When R meets Julie, he at first keeps her as his captive, but she soon turns into a reluctant guest, and in her R finds a blast of living color. Despite his zombie tendencies, he doesn’t want to eat Julie. Instead, he wants to protect her. In this wistful love story, R and Julie’s unusual bond changes everything.

This delightful book is rife with metaphor and begs the reader to ask the question, what makes us human after all? R questions everything he knows to be true as he falls in love, and is a sort of teen philosopher. The book is at times creepy and gross, yet also sad and sweet. It will appeal to horror fans who like their zombies with a healthy dose of heart. 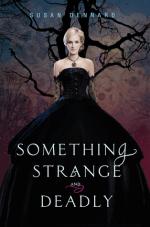 3. 'Something Strange and Deadly' by Susan Dennard

It is 1876 in Philadelphia, and the Dead are rising. Eleanor Fitt is stunned when a zombie delivers a letter indicating that whoever controls the Dead Army also has her brother held captive. Eleanor has problems of her own, as she barely avoids her mothers choice of husband for the lab of the Spirit Hunters, where she meets the handsome and maddeningly stubborn Daniel. Eleanor joins them, despite the fact that her involvement with Daniel and the Spirit Hunters will threaten her reputation and the lives of everyone in the city.

In this fast-paced romp through an intriguing steampunk Philadelphia, readers are rewarded with a strong female lead and incredible, vivid world building. Dennard has taken the traditional zombie novel and spun it in an entirely new way with this exciting look at the undead. It is an intriguing, exciting adventure. 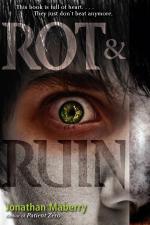 Benny Imura lives in zombie-infested, post-apocalyptic America where every teenager must find a job upon their fifteenth birthday. Benny is on the cusp of that birthday, and if he doesn’t decide soon, he will get his rations cut in half. But Benny doesn’t want to take the job set forth for him, becoming an apprentice zombie hunter with his dreadfully boring older brother Tom. When Benny exhausts all other options, he takes the apprentice position, expecting a tedious job whacking zombies for cash. But Tom surprises him, and instead Benny finds a vocation that will teach him exactly what it means to be human.

This book is a study in deft character development and tackles some pretty heavy themes for a zombie novel. Readers will fall in love with Benny and will enjoy following along on his grand adventures. The story itself is highly emotional, and while it is at times gory, it is also so very heartfelt. 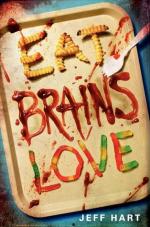 Jake Stephens had always considered himself a kind of low-key, average guy. Guys like Jake would never catch the attention of a psychic teenage government agent like Cass, or God-forbid, catch the eye of an insanely popular girl like Amanda Blake. But all it takes is one unusual lunch for Jake’s whole life to change. At the very moment that Jake and Amada lock eyes across the cafeteria, they turn into zombies and devour half their senior class. With Cass sent on a top-secret mission to hunt down Jake and Amada, and the two lovebirds struggling with the existential guilt of eating their classmates, the three set off on an epic journey that forces them to question what it really means to be alive.

This book absolutely nails a dry, witty young adult voice and takes readers on an epic journey of self-discovery. It is at times outright bloody, and others laugh-out-loud funny, with a quirky cast of characters. It is a highly original look at zombies that will captivate readers. 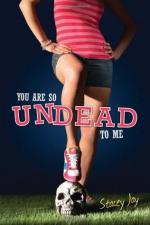 Fifteen-year-old Megan Berry just wants to be normal and go to homecoming. But Megan is a Zombie Settler by birth, meaning she plays part-time shrink to the dead, who have more issues than you might think, and it’s mighty difficult to date when you’re constantly being interrupted by a bunch of angsty Undead. When someone in Megan’s school begins using black magic to turn average Undead into flesh-eating Zombies, Megan is in for more than she bargained for. All of a sudden it looks like homecoming will be a lot bloodier than anticipated. Now Megan must stop the Zombie apocalypse, and save homecoming in the process.

This book gives a face and emotions to zombies in a clever, unusual take on the undead. The novel is lighthearted and funny without taking away from the natural pacing of action and suspense. It is full of clever twists that will keep readers guessing right up until the end. This is the perfect book for readers who want to dip a toe in the waters of zombie novels without all of the blood and gore. 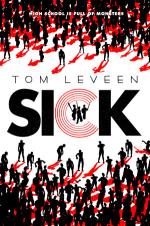 When a deadly virus breaks out, it is inevitable that only the misfits and the troublemakers will have a chance at survival. Because after all, Brian and his friends just aren’t part of the cool crowd. When the virus turns Brian’s teachers and classmates into bloodthirsty attackers, the school goes on lockdown, but Brian and his best friend Chad are safely tucked away in the theater department. The only problem is that they are far away from Brian’s sister Kenzie and his ex-girlfriend Laura. With the help of some theater kids that Brian had never given the time of day to before, Brian and Chad set out to find the girls and bring them to safety. Along the way they test everything they thought they knew about themselves and their classmates.

This book puts the horror back into the zombie novel and will keep readers on the edge of their seats. It is full of intense action punctuated by some beautiful and poignant moments of friendship and family. The action scenes are bloody and intense, and the characters are well developed and real. Readers won’t be able to put this unique zombie novel down.

Whether you like your zombies bloodthirsty and full of horror, or prefer a more lighthearted look at the undead, there’s a book for you on this list. Each one is a unique and clever spin on a familiar trope sure to get you in the Halloween spirit. What are your favorite zombie novels in young adult literature?