The True Story Behind 'The Revenant' 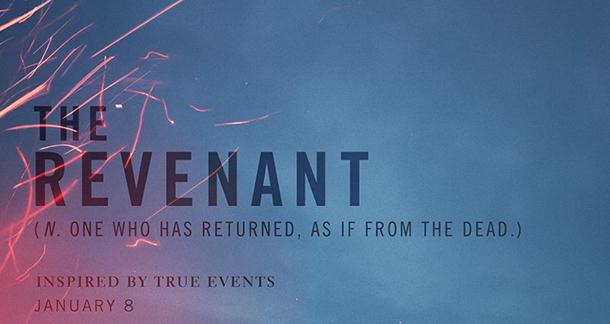 noun
a person who has returned, especially supposedly from the dead.

The Alejandro G. Iñárritu helmed The Revenant comes out on limited release on December 25th and everywhere else on January 8th. If you somehow haven’t caught wind of the hype surrounding the movie you can go check out the amazing trailer right now.

The plot is as follows: 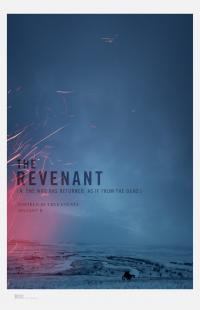 In an 1823 expedition of the uncharted American wilderness, explorer and fur trapper Hugh Glass (Leonardo DiCaprio) is mauled by a bear and left for dead by members of his hunting team. The film follows Glass' navigation of a vicious winter to seek vengeance on those who left him to die and murdered his young Native-American son.

The promotional materials feature the often dubious claim ''Inspired by True Events.'' Well, at least in this case, there's something to that.

Hugh Glass was an American frontiersman and fur trapper of Irish descent. He was an explorer of the Upper Missouri River in present-day Montana, North Dakota, South Dakota and the Platte River area of Nebraska. He did in fact get mauled by a bear, survive and track down the men that left him for dead.

I won't bore you by pointing out the differences between the real life Hugh Glass and the movie version; as you can imagine, there's a lot of embellishment for the sake of thematic consistency and drama. Besides, the ''real life'' Hugh Glass was himself a folk hero in the early 1900s, with the line between history and fiction often blurry, as was common at the time.

In 1822, General William Henry Ashley was planning an expedition up the Missouri river. An ad was placed in the Missouri Gazette. Glass responded and joined 99 men on this expedition, later to be dubbed "Ashley's Hundred." Many of those men went on to become famous as mountain men themselves, including James Beckwourth, Thomas Fitzpatrick, David Jackson, John Fitzgerald, William Sublette, Jim Bridger, and Jedediah Smith.

They set off in spring of that year. On May of the next year, they were attacked by Arikara warriors, losing 15 men. Glass was wounded. From that point on, the expedition traveled cautiously overland, fearing another attack.

Glass was scouting ahead when he encountered a female grizzly with her two cubs. Fiercely protective of their young, a grizzly that feels threatened will sometimes attack. Glass shot his one shot rifle, hitting the bear in the chest. Unfazed, it ran him down and started mauling him. Glass tried to fend her off with his knife, but it was only after his companions reached him that the bear was killed, taking multiple shots to do so.

The bear had ripped open Glass's face down to the bone, broken his leg and caused grave wounds on his leg, arms and torso. He was barely alive.

Back from the Dead

When Glass didn't die that night, or the days after that, Henry-Ashley decided they had to move on, still worried about an Indian attack. He offered two months’ pay to whoever agreed to stay with him until he died. Two men stepped forward: John Fitzgerald and Jim Bridger, 23 and 19 years old respectively. The rest of the expedition moved on, while the two men dug a grave for Glass.

But Glass wouldn't die. The two men, feeling that there was no point in sticking it out with Glass and possibly getting left behind or killed by Indians, decided to leave him to die alone. They took his rifle, knife and other survival equipment and left him in a shallow grave. When they caught up with the expedition, they told them that Glass was dead.

Some time later, Glass regained consciousness. He crawled to a nearby spring, fed on some berries and began the long trip to Fort Kiowa, downriver. This part of the story is often the most heavily embellished. After all, only Glass was witness to any of it. He set his own leg, used maggots to clean his festering wounds and wrapped himself in a buffalo hide to keep warm. There are stories of him finding a recently sated rattlesnake, which he killed by smashing it with a rock and then ate. That he managed to chase off two wolves feasting on the carcass of a buffalo and fed on it for days, until it was rancid, before moving on. He fed on whatever he could find, like berries and roots, since he had nothing to hunt with.

Having gained some strength, he made a raft and sailed down the river, reaching Fort Kiowa after six or seven weeks. 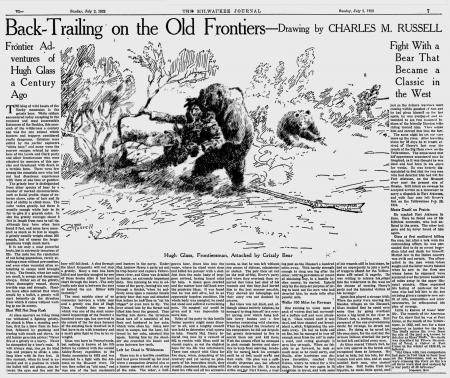 Glass was informed that the Ashley-Henry party was wintering in Fort Henry. He set off for the fort in mid-December and reached it on New Year's Eve. Like something out of a pulp novel, he arrived in the middle of a howling snowstorm, banging on the doors of the fort. The New Year's celebrations were halted as Glass inquired about Fitzgerald and Bridger.

Only Bridger was present, as Fitzgerland had earlier left the company to join the army as a scout. Unlike what we're probably going to see in the movie, Glass forgave Bridger, taking into consideration his youth and the fact that it was Fitzgerald who convinced him to leave Glass behind. Because Fitzgerald was now a federal employee, he was virtually untouchable by Glass, so he let it go.

It's a bit anticlimactic, but real life isn't always as dramatic as fiction. It also throws a wrench in the narrative of The Revenant, where pretty much the only thing keeping Glass alive is his thirst for revenge, but hey, that would make for a pretty boring story.

In the end, the real life Hugh Glass became a living legend and continued his life as a fur trapper for another decade, before being killed by the Arikara along with two other trappers.

Looking for more? Check out the novel on which the movie was based, along with Lord Grizzly, for a retelling of the story.

Joshua Chaplinsky from New York is reading a lot more during the quarantine December 20, 2015 - 11:20am

Really enjoyed reviewing the book last year and can't wait to see how it translates to film. Thanks for the extra backstory.

I just saw the trailer on Sunday Night Football. This reminds me so much of Robert Redford's  1972 film "Jeremiah Johnson" that I can't wait to see it! This takes place right where I grew up and it looks fantastic!