The Top 10 LitReactor Columns of All Time 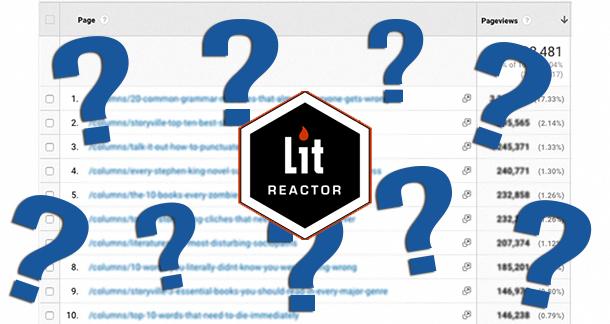 On October 1st, 2011, LitReactor was pushed wet and screaming into this world. Like many new parents, Dennis Widmyer and Kirk Clawes had high hopes for their bundle of Internet joy. They didn't know what the future held, exactly, just that they wanted the site to grow into something special. A community where writers could connect, learn, and flourish.

On this, LitReactor's sixth year anniversary, we are proud to say we are still here—making new friends, arguing the minutiae of the written word, and paying writers to write.

That's write—er, right. A large part of our success is owed to our magazine page, which features daily articles on everything from grammar nuts and bolts to the publishing industry at large. And yes, we even write the odd (Thomas?) column about Stephen King.

Which is why we have gathered here today to honor our writers and their accomplishments. So without further ado I present to you, the top ten most popular LitReactor columns... EVER!

[The word EVER echoes into eternity] 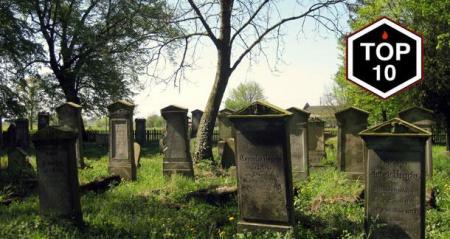 10) Top 10 Words That Need To Die, Immediately by Rob Hart

In February of 2012, Rob Hart brought us this list of his ten most hated words. Cheeky portmanteaus and corner-cutting internet slang that he wanted to DIE. As far as I can tell, most of these are still alive and kicking (sorry, Rob). Not only that, since it's been five years, I feel like there are a whole new slew of words that Rob could add to this list. He is quite the curmudgeon, after all. Can anyone say sequel?

A bold statement on the part of Richard Thomas. One that launched a thousand No [insert title here]? comments.

Obviously a column like this is one hundred percent subjective, but Richard gets a lot right IMHO. From no-brainers by Toni Morrison, Cormac McCarthy, and Stephen King to more personal choices like All the Beautiful Sinners by Stephen Graham Jones, this list is chock full of must-reads. Glad to see one of my personal favorites, Dune, make it in the Science Fiction category.

Our resident grammar guru, Taylor Houston, hit us with this humdinger just as LitReactor was turning one. A compilation of tricky homonyms and dastardly similar terms that trip up even the most careful of writers. Hell, even our public officials, those bastions of intellect and grace, get these wrong sometimes. A handy list for proofreaders, and a sobering reminder that words and their meanings change over time whether we like it or not. Literally. 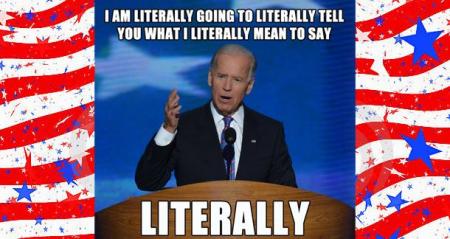 Why are we doomed to love characters who can't/won't love us back? You should ask the commenters on this column, the ones who took umbrage when their fav socios didn't make the list. There was also some debate as to whether these characters were sociopaths or psychopaths, which would have made good fodder for our previous entry by Taylor. I'm no fancy head shrinker, but I DO know how to use Google, and apparently a psychopath is also considered a sociopath, but a sociopath isn't necessarily a psychopath. So there you have it.

This 2013 column marks Rob's second appearance on this list, a distinction shared by only three other LR writers. After advocating the brutal murder of silly words, Mr. Hart set his sights on cliches. Is there anything the man doesn't hate? Obviously he doesn't hate taking the Content Train to the Traffic Bank (although he probably hates mixed metaphors). Dreams, countdown clocks, noble savages—this column utilizes them all, so you don't have to.

Our second second appearance comes hot on the heels of our first. Do you consider yourself a fan of zombie novels? (Novels about zombies, not novels written by zombies, because—who wouldn't read a novel written by a zombie?) Well then Kimberly Turner has ten must-read books for you. What's that? You've already read them all? Well then Kimberly has ten additional recommendations you might like. The zombie novel isn't dead, folks, as the popularity of this column can attest. 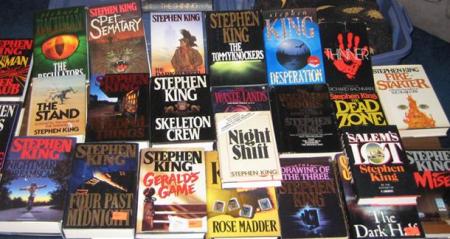 Sadly, the show was cancelled before young Max's dream became a reality. The original column was so popular it went on to spawn two sequel columns by Max and several copycat columns by me, none of which did nearly as well. Now that Twitter has doubled their character limit, maybe a revision is in order? Nah, probably not.

3) Talk It Out: How To Punctuate Dialogue In Your Prose by Taylor Houston

Houston, we have a problem. Seems a lot of writers are unsure about how to punctuate their dialogue.

Taylor joins the two-peat club with this handy guide on all things quotation marks. I would never have guessed this column would go on to be as popular as it has been, let alone become our third most popular column of all time. What makes the feat even more impressive is the fact that this is the only column in the top ten that isn't a listicle. It goes to show—grammar is important, and it's never a bad idea to brush up on the basics.

Richard doubles down on his previous bold statement with an even bolder statement. And it looks like it paid off, because this 2012 column quickly shot to number two on LitReactor's all-timer list. How can you quantify the ten best short stories EVER?!?! You can't. But that doesn't stop Richard. He quantifies like nobody's business, and makes a good case for his choices in the process. You might recognize a couple of these, like "Where Are You Going, Where Have You Been" by Joyce Carol Oates, and "Harrison Bergeron" by Kurt Vonnegut, but I guarantee you'll find plenty of surprises here, too. 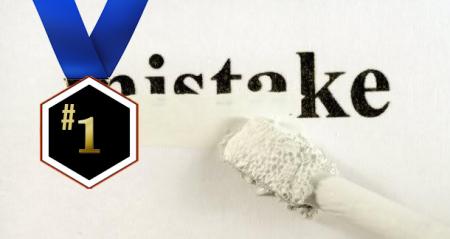 Here it is, folks. The number one most popular LitReactor column of ALL TIME. And I don't necessarily mean the good kind of popular.

Published on January 31st, 2012, Jon Gingerich's column on common grammar gaffs inspired equal parts accolade and rage, racking up hundreds of comments and millions of hits in the process. MILLIONS.

That's right, this column was so popular, it outperformed its closest competitor by millions of hits. Jon literally got death threats over this column. Over GRAMMAR. That's fucking crazy. You guys are savages.

Enjoy your crown, Jon, you earned it.

Well, there you have it folks. A nice trip down memory lane. And if you think by collecting our ten most trafficked columns I'm attempting to create a super-column to exponentially outperform the sum of its parts, thereby making a run at the number one spot...

Here's to another six years of quality columns. Thank you all for reading and supporting LitReactor.

10 More Words You Literally Didn't Know You Were Getting Wrong

Happy birthday LitReactor! I can't believe it's been six years. 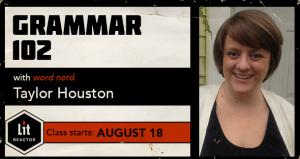