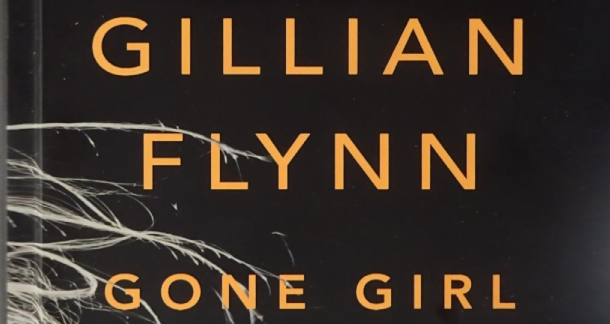 It’s been ten years since Gone Girl by Gillian Flynn took the world by storm. By skillfully subverting genre tropes and brazenly embracing, not just unlikeable characters, but creating one of the most diabolical villains in Amy Dunne, Flynn mastered a formula that skyrocketed the book to success. She was able to take familiar expectations and twist them in unexpected ways. And the result was addictive.

Over the last decade, “the next Gone Girl” has become a popular marketing tagline. And while not every book hits that very high mark, the ones that do are spectacular. Whether it’s for weaving an unputdownable plot, creating a compelling cast of unlikeable characters, or shocking us with plot twists and perspective shifts, these seven books took the thriller genre to captivating new heights. 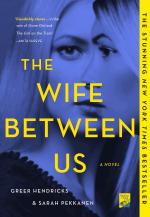 "The Wife Between Us" by Greer Hendricks and Sarah Pekkanen

The Sit Up and Gasp Plot Twist

Very few books are known for making readers collectively sit up and gasp with a shocking twist. In fact, that’s part of what made Gone Girl so spectacular. Flynn made us so unsure about Nick that when we get that smash cut to Amy’s perspective, it’s a moment that sticks.

Hendricks and Pekkanen take this device and brilliantly flip it around. They tell us we’re going to make assumptions, and that our assumptions are going to be wrong. And yet, the way they lull us into submission, not once, but twice is nothing but breathtaking in execution. Amy and Nick were masters of manipulation, but often it isn’t someone else lying to us. It’s that we lie to ourselves.

Get The Wife Between Us at Bookshop or Amazon 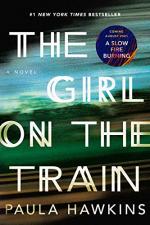 "The Girl on the Train" by Paula Hawkins

The Dark Psychology of Domesticity

This book has probably been comped to Gone Girl more than any other book in the last decade. And while sometimes the hype train can go a bit overboard, in this case, it’s completely on track. There are a lot of reasons these books are such a good match, but it’s the way Flynn and Hawkins bring us close into the domestic world of the characters and then shine the light on the secrets toxic marriages can often hide.

We spend a lot of time with Nick and Amy, reliving the dark, twisted intimacy of their marriage and where it went so wrong. With Rachel, her marriage is over, and her focus is on the home of a perfect couple the train passes twice a day. Their life is her dream until reality threatens to destroy even that. Nick and Rachel aren’t perfect, but their inability to see the true nature of the people they love, is definitely their fatal flaw.

Get The Girl on the Train at Bookshop or Amazon 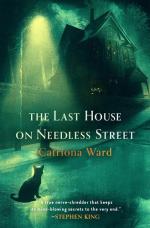 "The Last House on Needless Street" by Catriona Ward

The Mind-Bending Interiority of the Unreliable Narrator

An unreliable narrator is possibly one of the hardest narrative tricks to pull off. The reader has to believe the true nature of the character while also doubting everything they say and do. Flynn does this remarkably well with both Nick and Amy, drawing us into their world and then contradicting that world at carefully controlled moments. They lie to everyone, including themselves, and it makes their narrative journey increasingly untrustworthy.

Catriona Ward takes the opposite approach in her narrative storytelling. She weaves a cast of characters that you instinctively feel you know and understand. You know who the villain is. You know what’s happening. But the line between truth and lies is often a matter of perspective. The Last House on Needless Street is a mind-bending shift in expectations, forcing the reader to reevaluate everything they read once the truth is exposed.

Get The Last House on Needless Street at Bookshop or Amazon 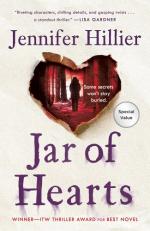 "Jar of Hearts" by Jennifer Hillier

A Cast of Unlikeable Characters

Amy is arguably the more terrible person in the relationship. She’s manipulative. Cold. Brutal and uncompromising. But Nick isn’t exactly husband-of-the-year. He’s also deeply flawed. Does he deserve what Amy does? Maybe. Maybe not. But it’s hard to not feel like they kind of deserve each other in the end. And yet, despite not knowing who to root for, we end up glued to the pages, compelled to know what happens next.

Jar of Hearts takes that same propulsive narrative force and ratchets it up. The story centers around three best friends. In high school, one was murdered, one went to prison, and one has been searching for the truth ever since. It’s hard to argue that someone in love with a serial killer doesn’t deserve prison. And yet somehow, despite their flaws, we’re drawn into this dark and twisted story about love, obsession, and secrets, and how far someone might go to protect all of them.

Get Jar of Hearts at Bookshop or Amazon 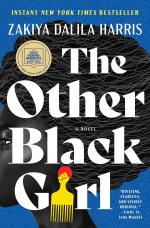 "The Other Black Girl" by Zakiya Dalila Harris

The social commentary in Gone Girl manages to be subtle while screaming from the page. There’s the gorgeous McMansion the characters live in surrounded by foreclosed properties. Their unemployment at social media shuttered print magazines. Amy’s view of gender roles and sexist attitudes. Their attitudes and decisions are woven into the various ways they feel cheated and manipulated by society.

As the only Black employee at Wagner Books, Nella is elated when Hazel starts working in the cubicle next to her. But publishing is a cutthroat business. Literally. Harris deftly highlights how racism seeps into corporate structure and the damage it causes. But add in the gaslighting, the persistence of microaggressions, blatant threats, and the real-time unraveling of how capitalism strips your identity, and you can’t stop turning the pages in this horrifying but thrilling narrative.

Get The Other Black Girl at Bookshop or Amazon 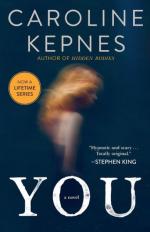 "You" by Carolyn Kepnes

There are few villains that simply send chills down your spine as you read. Amy Dunne is one. Joe Goldberg is another. It isn’t that they’re cold or calculated, though they are both. It’s more that they have a reasonable logic that we can understand. Amy’s “cool girl” speech is something all women have felt at least once in their lives. And Joe’s scathing view of how self-indulgent, toxic, and selfish the wealthy can be is often more truthful than vitriolic.

The fact that we can relate to both Amy and Joe on some level is what makes them terrifying. Sure, we wouldn’t fake our own deaths and set up our husband up to take the fall. Or kidnap people and keep them in a sound-proof box in the basement until they learn their manners. But we get why they did it—and secretly—might not be all that appalled by their choices either.

Get You at Bookshop or Amazon 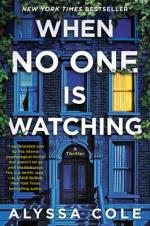 "When No One Is Watching" by Alyssa Cole

The word unputdownable may have been part of the English language since 1947, but Gone Girl was definitely one of the books to bring it back into everyday use. From the very first moment, the reader is hooked. And every twist of the police investigation, every lie Nick is caught in, every journal entry Amy leaves behind, it all intensifies the tension until we almost explode with the need to know what happens next.

Alyssa Cole creates that same quiet tension in When No One Is Watching. When Sydney Green begins creating walking tours of her beloved Brooklyn neighborhood as a way to combat gentrification, she notices something disturbing is going on. And no one believes her. We watched Nick go through something similar proclaiming his innocence. It’s that desperate helplessness that Cole taps into, propelling us to the edge of conspiracy and wrapping us in a blanket of paranoia, pushing us through every page until we reach the explosive end.

Get When No One is Watching at Bookshop or Amazon

What do you think? Do any of these books live up to the hype?

Gone Girl by Gillian Flynn was one of my favorite writings, and after that I have read the book "When No One Is Watching" by Alyssa Cole, and it was the perfect example of gentrification (you can read more about this term at https://writingbros.com/essay-examples/gentrification/ resource where students can access samples). Now, I would like to proceed with "You" by Carolyn Kepnes and I think I will work on the project on these books because they made our decade more interesting.