The Story Behind Kafka's Insect Infestation 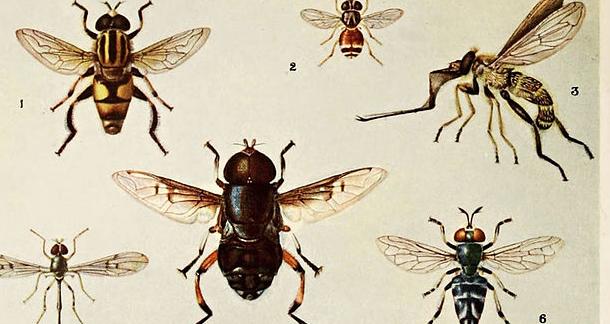 The premise of Kafka's The Metamorphosis is well known. After waking one morning from uneasy dreams, traveling salesman Gregor Samsa found himself transformed in his bed into a gigantic insect.

And that's the image that most readers associate with The Metamorphosis, in addition to what is depicted on the covers of various editions of the work—a big bug. Kafka wrote The Metamorphosis over a period of just three weeks in 1912 and called it his “bug piece” while reading it aloud to friends. What Gregor really is, however, a “Ungeziefer,” has no direct, literal translation. Without a few key descriptive words, the reader would have no idea what Gregor actually transformed into.

What Gregor really is, however, a “Ungeziefer,” has no direct, literal translation.

Kafka was in fact very careful to avoid specificity on that point. He insisted that an insect not be depicted on the cover of the book and translations over the years have been fairly inconsistent in how they present Kafka's tragicomic protagonist. As a result, there are many versions of Kafka's “insect.” Gregor is also defined as a monstrous vermin, cockroach, and a bedbug.

It has been argued that the reason for this is that Kafka didn't want to have a clear and easily accessible visual image of the transformation. Part of the horror the story inspires is derived from the manner in which it unfolds, after all, with the reader discovering what has happened to Gregor along with the protagonist himself. A form of outer shell and waving feeble legs are first seen through their owner's eyes upon casting off a blanket. The concept of such a radical, unexpected and repulsive change is utterly terrifying.

In the New Yorker, translator Susan Bernofsky wrote that even the work's title isn't exempt from translation:

Unlike the English “metamorphosis,” the German word Verwandlung does not suggest a natural change of state associated with the animal kingdom such as the change from caterpillar to butterfly. Instead it is a word from fairy tales used to describe the transformation, say, of a girl’s seven brothers into swans.

Appropriate to its contents, the meaning of Gregor's metamorphosis is shifty and blurred. No matter how many legs you have, however, October is an excellent time to scuttle off with one (or more) copies of The Metamorphosis.