The State of the Great American Novel 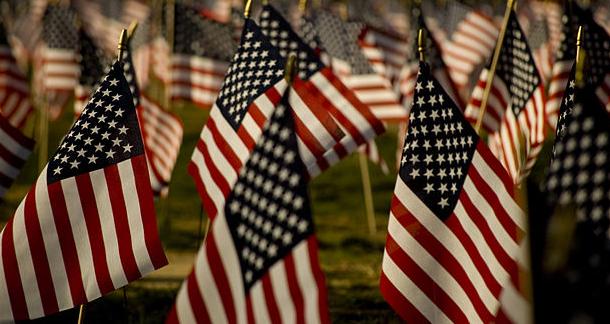 The concept of a unifying “Great American Novel” (GAN) dates back to an essay published by essayist John William De Forest in The Nation in 1868. Essentially, De Forest wanted exactly what the title says— an original novel that encompassed the heart of the American experience.

Despite the skeptical response of critics (the term “American” being in itself rather ambiguous. Is Canada involved? Mexico?), the idea of a single novel that perfectly captures the American consciousness has remained quite persistent across the decades.

Wild author Cheryl Strayed had some choice thoughts on the idea of the GAN in a 2015 Bookends column in the New York Times:

The idea that only one person can produce a novel that speaks truth about the disparate American whole is pure hogwash.

A few novels that have been proffered up over time as potential GANs include Beloved, Infinite Jest, The Grapes of Wrath, and The Catcher In The Rye. Jonathan Franzen's Freedom was the most recent title to be elevated to GAN status.

But how can anyone make a statement about what constitutes such a work without a better understanding of what Americans are actually reading and why? By the sheer number of sales, Daniel Silva might make a better candidate than Franzen.

So, how does the United States stack up against the rest of the world in literary terms? Do Americans read more or less? What mediums do we prefer, how much do we publish, and how does the quality compare to what other countries are producing?

If the GAN is about what E.M. Forster called “the buzz of implication,” i.e. the way we as a society live in a specific moment, it looks like the written word has connected well with the current young adult experience. Perhaps rather than looking for the “great” or monumental work to fit the bill, readers looking for the next GAN should check the YA section.

Also, maybe something about barbecue.

What do you think? Is the GAN a myth? What would you nominate as the next GAN? Let us know in the comments!

I don't think the GAN is a myth. I think there are novels in the past that managed to embody a "feeling" many Americans felt. I think mostly they are primarily books on disillusionment, but that's my take.

As for who is doing it right now? I couldn't begin to answer that. I don't generally read contemporary work.

Moment of realizing one's subjective opinion is one of many, connected with other people despite difference, you name it. The utopian version pontificating that change is possible, and dystopian version of New Mainstream being changing our current world is impossible. Then you get into the whole individual utopia thing.

It came from Slipstream, but it's more about making life very slipstream.