The Resurrection of Sylvia Plath's "Ariel" 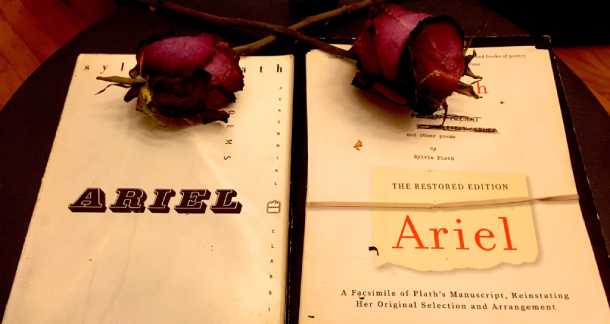 Ariel is a notorious poetry collection that is often interpreted as one long suicide note, a sort of burn book of all those in Sylvia Plath’s life who did not know how to love her and did her wrong. As a confessional poet, her burns go inward as well as outward. She takes painstaking inventory of her own shortcomings, inviting the reader into her dissociative mind, her dark obsessive thoughts, her nightmares, her petty jealousies, her endless yearnings for a deeper kind of experience. Swinging from wanting to die to wanting to live with greater and greater intensity.

We all know how she did it. We know she gassed herself in her British flat in the dead of winter in 1963. She had bought the flat because W.B. Yeats, one of her literary heroes, had once lived there. After Ted Hughes left her for another woman, Plath moved into this apartment with their two young children. At the time of her death, Frieda was four, and Nicholas was only a year old.

She woke up early to write before her children awakened, juggling motherhood and a blossoming career, juggling heartbreak and depression during the most brutal winter London had seen in a long time. The pipes froze. The children got the flu. It was a nightmare. But she kept on, white knuckling it. Surviving for them, surviving for her poetry.

When she died, Ted Hughes had a lot on his hands. Their children, his grief, his new girlfriend, Assia Wevill, who proved to be mentally troubled as well. He also had her final poetry collection to edit and get out to the world. A collection featuring poems that alluded to him in a less than positive light. The most famous poem of her career, ‘Daddy’, outright demonizes him as “the vampire who said he was you/And drank my blood for a year, / Seven years, if you want to know.” Ouch!

This poem is an unabashed Oedipal exploration of her conflicting feelings towards her father, who died when she was only a child. No blame is spared, but by the end the reader knows who is the victor of this narrative. It is also interesting to note that the original intended title of the collection was actually Daddy, and other poems.

There’s a stake in your fat black heart

And the villagers never liked you.

They are dancing and stamping on you.

They always knew it was you.

Daddy, daddy, you bastard, I’m through.

In the historical sense, Plath was very much a woman of her time. She wanted to have it all. She wanted a happy, fairy tale marriage. She wanted babies. She wanted a writing career. Her self-image swung between grandiosity, mining her personal traumas for epic level Greek tragedy drama, and seeing herself as a freak, a broken emotionally barren woman that nobody could ever love. So basically, a typical poet. 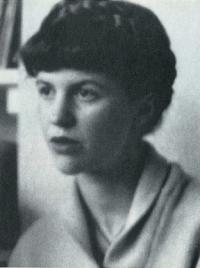 Ariel, as edited by Ted Hughes, begins with ‘Morning Song’ and ends with ‘Edge’ and then ‘Words’, creating a narrative of a woman in love with life and her children who spirals into darkness and eventually the decision to end her life. Ariel as suicide note was a comfortable angle to take, absolving his own involvement in her death, making it look like she wanted to die all along, glossing over how she was fighting tooth and nail to stay alive despite her crippling depression, anxiety, and whatever else she had that could not be diagnosed at the time.

Plath, being dead, could not tell her own story. Even though we read the words she wrote, the order they are presented in gives the full narrative arc. When people find out how Ted left her in the lurch, he is easy to pin down as the “black man who bit my pretty red heart in two”, along with her father. As her father was dead and Ted was the man in her life, it’s a damning accusation of emotional betrayal and deception.

It was not until Ted himself was dead that their only surviving child, Frieda (their son Nicholas, who was a baby at the time of his mother’s death, killed himself as well) decided to publish The Restored Ariel, in 2004, with all the poems her father had omitted, such as ‘The Rabbit Catcher’ and ‘The Jailor’, in the order that Plath had originally intended.

‘The Rabbit Catcher’ which is the third poem, concludes with a description of a stifling relationship.

And we, too, had a relationship—

Tight wires between us,

Pegs too deep to uproot, and a mind like a ring

Sliding shut on some quick thing,

The constriction is killing me also.

‘The Jailor’ is a dark vision of a rape and kidnap victim, describing her captor, noting his sadism, how he draws his power from her victimhood, opening with “My night sweats grease his breakfast plate.” Continuing with, “I have been drugged and raped.”  Lines like “I am myself. That is not enough.” particularly sting.  The harm of his lies is brought up again and again, “And he with this subversion / Hurts me, he / With his armory of fakery”. She describes dying at his hands, “I die with variety— / Hung, starved, burned, hooked.” She concludes, bitterly:

What would the dark

Do without fevers to eat?

What would the light

Do without eyes to knife, what would he

The final line echoing the dark nursery rhyme rhythms of ‘Daddy’, which opens with a starter’s pistol— “You do not do, you do not do / Any more, black shoe,” and ends with the bang to end all bangs, “Daddy, daddy, you bastard, I’m through.” Thus closing the chapter of victimhood at the hands of the men she thought loved her, and in a larger sense, of the toxic patriarchy that has betrayed her. 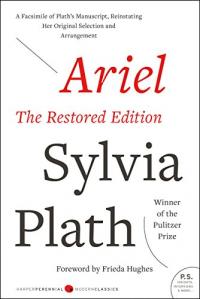 What struck me especially was how differently these two collections end. Ariel ends with ‘Edge’ and ‘Words’, two poems that chronicle the end of a long and exhausting journey, a resignation, a throwing in of the hat, an admission that words no longer did what she needed them to do for her. They could no longer bring her back to life because she could no longer bring them to life. Two poems that were not included in the original arrangement, due to the fact that they were indeed her final poems penned.

In fact, the final poem written that is actually included in the original envisioned collection was ‘Death & Co.”, which Plath wrote in November, four months before her death, contradicting the common assumption that she was waiting until her collection was complete to kill herself, when in fact she had already finished the collection and was already working on the next one.

The Restored Ariel concludes with four bee poems, which one after the other, read like one epic bee saga of death and rebirth, beginning with ‘The Bee Meeting’, followed by ‘The Arrival of the Bee Box’, ‘Stings’, and concluding with ‘Wintering', in which Plath declares “Winter is for women”. The poem ends with the lines “What will they taste of, the Christmas roses? / The bees are flying. They taste the spring.”

In ‘Stings’ the narrator proclaims:

It is almost over.

I am in control.

It will work without thinking,

Once again, the imagery of spring, of productivity, of creative industry. Honeymaking can be seen here as a metaphor for the alchemical art making process itself, taking dark emotions and creating beautifully arranged words that can bring pleasure to the reader. These bee poems describe a burial and a rebirth of something transcending the self.

The Restored Ariel is not a poetry collection about wanting to die. It is about wanting to live despite wanting to die. It is this dynamic tension that gives Plath’s body of work a sense of neverending mystery, as her fans delve into all her writings, including her personal correspondences and diary entries, in search of the definitive truth. Her death remains unsolved despite the fact we all know how she died. There is always another account, another angle, another revelation that adds a piece to the puzzle of her life and her art, creating an image of a woman who was unimaginably resilient, astoundingly determined, and hellbent on making her mark upon the world.

Despite it all, she did indeed succeed, because here we are, reading her words over and over again, puzzling over their meaning, her monsters taking on new life through the lenses of our own subconscious. As new readers continue to discover the joy of reading Plath, she will forever live. She was the OG queen bee. Never forget it.