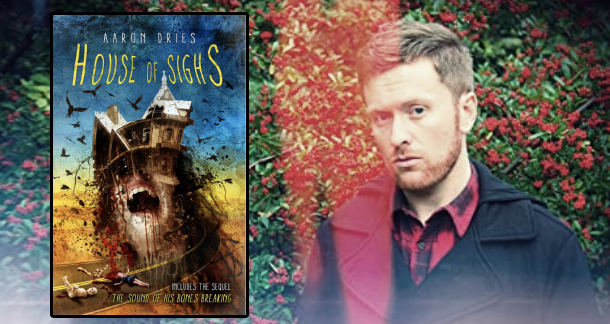 Aaron Dries is a talented artist and writer. He is also one of the most affable people you could ever meet in horror, the writing industry, or the world. On two trips to the States from his home in Australia, I got the opportunity to meet him and hang out at various conventions.

It was after these visits that I started checking out his work. I picked up one of his books at random and was stunned. I read another and then another. He has an amazing voice and displays a depth of emotion in his characters that is hard to find anywhere else. And none of this takes away from the driving action. There are scenes where he goes stark with an economy of words. He uses this balance to good effect.

Aaron Dries is a storyteller other authors would benefit from reading, while pure readers and fans are guaranteed a striking experience that will immerse them in the dangerous worlds he creates.

As happens in horror publishing more often than we'd like, publishers go under and ties are broken, so some of Aaron's books might be hard to track down. As of the time of this writing, all the books I’m going to discuss have an edition available for purchase.

House of Sighs was the first Dries book I picked up. It was the cover that decided it for me, I think. Still, the book turned out to be nothing like what I expected.

Sighs features a cast of characters who become entwined with one another after encountering an unhinged bus driver. They could have easily fallen into stereotypes based on their defining characteristics, but with very subtle touches, Dries manages to make each one unique, as they barrel through the terror towards a foreboding destination that may turn out to be worse than Hell itself.

This is high terror and bold storytelling. The emotional toll paid by the characters is shared by the reader. I was floored after reading what he had done here. It was a wild introduction to this author to say the least.

Get House of Sighs at Bookshop or Amazon 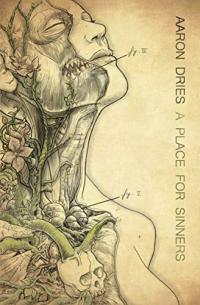 "A Place for Sinners"

A Place for Sinners was the next book I read by Aaron, shortly after finishing Sighs. It was very different from that highspeed thriller, but still spectacular. The themes touched on through the characters' journeys are handled with expert finesse. And there is bloodshed.

The horror in a Dries story is a force that arrives without apology, goes right to work, and is very good at its job. Every troubling moment is made more impactful by the way Dries paints emotion. The characters, their history, their motivations, their needs, and their eventual suffering hit harder because we as readers are splashed in all the colors of emotion Aaron uses to bond us to them.

To this day, I can’t decide which of these first two quite different stories I like more. Both of them gutted me.

Get A Place for Sinners at Bookshop or Amazon

"And the Night Growled Back"

Well, obviously I had to keep reading. Yet again, Dries offered me something new. And the Night Growled Back demonstrates his expertise with horror, narrative, character work, and emersion. While my sense of well-being and the lives of the characters were in certain danger, I knew I was in safe hands as a reader. An Aaron Dries story always delivers.

This one kept me guessing and surprised me with each turn. More than once I thought I had settled in for one type of story only to discover we were twisting in yet another wonderful direction.

You’ll recognize certain tropes and familiar themes in the horror of these books, but you’ll not have seen what Dries can do with them. That idea very much applies to the next work as well.

Get And the Night Growled Back at Amazon 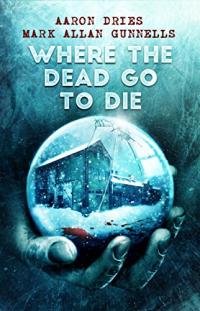 "Where the Dead Go to Die"

The story has grounding, the same raw emotion you come to expect from Dries’ work, and a meaningful exploration of political and social issues that has deeper meaning in our current era than it did the day it was published. Brilliant work.

Get Where the Dead Go to Die at Bookshop or Amazon

I have The Fallen Boys cued up in my Kindle right now. I’m confident I’m going to love this book. Even as Dries rips my heart out again and makes me wildly uneasy at various points in the story, he will not fail to captivate me.

Authors with this level of skill in their storytelling should be experienced by more readers. If you’re seeking horror or thrillers with the power to sweep you away, any of these books will handle the job nicely.