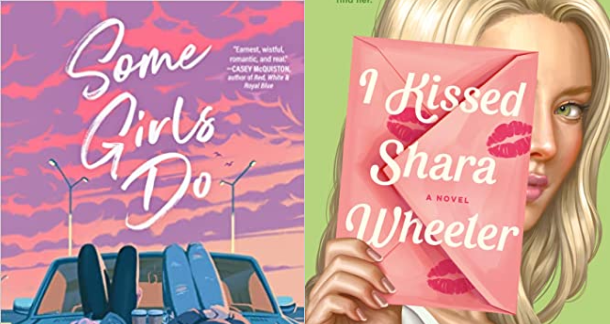 It took me a long time to come out, even to myself. After growing up extremely evangelical and in an incredible heteronormative culture, it took ages to realize that maybe I wasn’t straight, actually; I was just socialized that way. Along the way, queer stories brought me light, love, and comfort. It wasn’t until much later that I started to realize these stories comforted me because I saw myself in them. And since coming out, to myself and to the world (Twitter), I’ve continued to find joy and comfort in these stories.

I watched Schitt’s Creek before I’d even really accepted my own bisexuality and was just flirting with, “women are really pretty, okay?” If you don’t know Schitt’s Creek, first, let this be your encouragement to go watch it. That show is utterly brilliant and like curling up with your favorite blanket next to a crackling fire with a warm mug of your hot beverage of choice.

I didn’t even realize why I was afraid of that, or how much I needed the refreshment of just seeing queer joy with no fear, because at the time I didn’t own that label, but y’all. It was everything I needed. 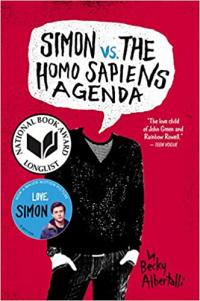 A little later, once I’d already figured out I was bi, but it was a secret from much of my life, I belatedly watched Love, Simon — the movie adaptation of Becky Albertalli’s groundbreaking and brilliant Simon Vs The Homo Sapiens Agenda, which I read when I was so deeply closeted I didn’t even know there was a door in front of me.

There’s one scene in particular, which movie-watchers will recognize — it involves the words “you can breathe now, Simon” — that absolutely broke me and left me sobbing in bed. It was beautiful, it was comforting, it was everything it needed to be. Everything I needed to see and hear. It gave me strength and made me think that maybe, just maybe, I could do this thing (life).

I think this next pick is going to be controversial, because frankly the movie itself isn’t that great and there are issues with it, but Happiest Season was arguably the first sapphic romance I ever watched, and for that reason it holds a special place in my heart. It did not comfort me the way Schitt’s Creek did — in fact, it stressed me the eff out most of the time — but seeing two women love each other on screen? That did wonders for me.

And this wouldn’t be a LitReactor article by Karis Rogerson if I didn’t throw out at least one young adult novel; this January, I read Jennifer Dugan’s 2021 book, Some Girls Do, and I just felt this combination of being at home and being seen completely. This book hit so many beats for me: the bisexual girl who isn’t out and is scared of how it’s going to go; the fight against religious institutions and their homophobia; even the running aspect, because though I haven’t run since high school, it was a big part of my life until graduation.

Another sapphic YA that came out recently was Casey McQuiston’s I Kissed Shara Wheeler, which is thorny and messy and gorgeous and angry and brilliant beyond belief, and which made me understand myself and my relationship to religion so much better.

If the above didn't give you any indication, I’ve got a craving for sapphic stories, so if you have any recommendations that will make me feel like the stories I’ve mentioned above did, I’m all ears.

In general, though, I find myself craving queer stories more and more since coming out; I crave the jolt of recognition I get when I see myself in a story; I crave seeing my struggles replicated, and more than anything I crave queer joy.

Get Some Girls Do at Bookshop or Amazon

Get I Kissed Shara Wheeler at Bookshop or Amazon