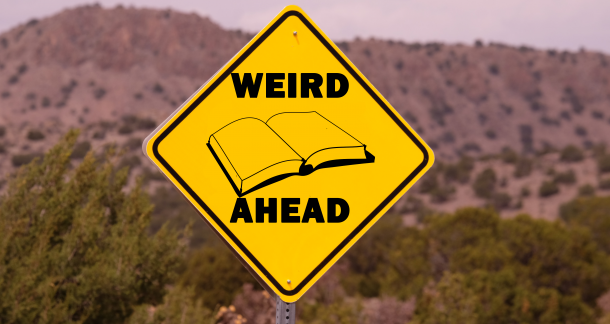 I’m not the king of obscure books or anything. But I like to dabble. You’ve got 728 pages of skateboard “journalism” from the 90’s? I’m in. Books with words in the title that book banners would prefer didn’t exist INSIDE the books, let alone in a raised font on the cover? I’m your man.

But it's not all skater parties from the 90's and "Fuck" titles. Loving obscure books comes with its downsides, too.

You aren’t going to find people in real life who enjoy The George Miles Cycle. And even if you do find those people, how do you know? How do you bring it up? Hey, just casual conversation, now that we’ve tackled personal finance: What do you think about the juxtaposition of realistic violence and graphic sex in novels, sometimes to the point that there’s no discernible difference between slicing someone open and making love?

Pro: When You DO Find Your People, It’s Awesome

Enjoying obscure books and finding your people, it’s like enjoying Dark Star and finding someone who put “Benson Arizona” on their Halloween playlist.

Yeah, A LOT of people like Star Wars, and you can talk Star Wars with just about anyone. But finding a Dark Star person makes for an instant connection. It doesn’t happen every day. It’s special.

Con: It Gets Pricey

You’re not gonna find most of the stuff you read on the library bookshelf. Or at your local-ish bookstore. This earns you some street cred, and unfortunately, street cred is not accepted currency at Amazon.

You’re gonna have to buy a lot, and the used market is tough, probably because a lot of this stuff had a short print run, and those who buy it don’t part with it too often. Most of us need to frequently consult our copies of Empire Beneath the Ice, which tells what “really” happened at the end of WWII, including the Nazi UFOs and super bases in the Arctic. You can't just read it once and part with it. 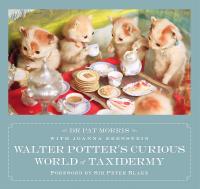 Pro: Your Bookshelf Is Interesting

Most home libraries, cue Shania, don’t impress me much. I don’t judge the person based on the books they have, but let's be real, most bookshelves are a snooze.

But when I see an oversized biography of Curly from The Three Stooges next to a book of taxidermied and posed animals in human scenarios... good chance I’m pulling something off the shelf.

Con: Your Bookshelf Is Interesting In The Wrong Way

I wouldn’t say my relatives are conservative, but they’re more conservative than The Baby-Jesus Butt-Plug or The Faggiest Vampire sitting on the coffee table. It’s not the most welcoming thing to have that kind of shit out when relatives come over, so there’s a little patrolling that has to be done.

I know some of you are saying, “My house, my rules,” or whatever, and that’s cool, you do you.

I’m not ashamed of who I am... okay, I’m not ashamed about everything about who I am, including my reading habits. But I also consider myself a polite host.

I'm not going to force my love of obscure books on the unwilling.

Pro: You Rarely Get Caught Up In Book Arguments

Book people love to argue about some bullshit. But here’s how it goes when you don’t read normal shit anyway:

Argument: The canon is way too white and male.
Me: Also very few descriptions of cybernetic vaginas.

Argument: The new, popular book is problematic in the following ways.
Me: Um, totally. I haven’t gotten around to that one yet, but have you read the new Swartzwelder? Do you think it was disrespectful to Titanic casulties to show the captain ramming the boat into all kinds of stuff on a dare?

Argument: Genre is so beneath literary fiction it’s not even funny.
Me: On that note, where does a book that consists entirely of some dude’s weird YouTube DM inbox go? 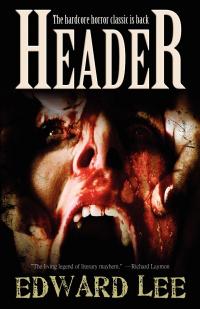 It takes a lot to get a movie on the screen. It has to go through a lot of people, raise a significant amount of money. Books are a little like that, but weird indie shit isn’t. Just some fool and a dream.

Start traveling the weird book circles online and you’ll find out there’s a reason this stuff exists. Goodreads, YouTube, wherever, you’ll find people who have fun with the same shit.

Yes, some of these circles are filled with jerkoffs who are trying to out-weird each other, the obscure books version of the English students who are asking if you've read X, Y, and Z so they can tell you that THEY have read X, Y, and Z. But overall, you'll find some good people.

It's a little hard to put yourself on a pedestal for reading trashy cyberpunk about a rogue doctor.

Get Closer by Dennis Cooper at Bookshop or Amazon

Get Header by Edward Lee at Bookshop or Amazon

A Taxonomy of the Strangest and Most Unexpected Goodreads Groups