The Problems of the Disassembled Narrative 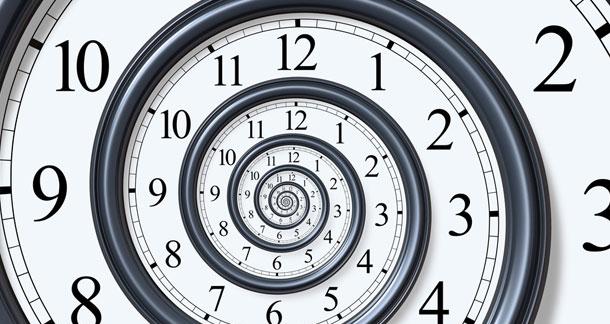 It’s trendy nowadays for writers to create stories with non-linear narratives. While the experiment can produce some interesting results, I’m going to champion an unpopular position and say that most of the time it’s a terrible idea.

Don’t get me wrong: some of the best novels in history have showcased non-linear narratives. Certainly, disassembling chronology can have its advantages. For one, it can do a lot for theme: disjointed narratives have the habit of feeling like our memories, which has a nice allure to it. It's my opinion that for some of these more successful experiments in literature (Sound and the Fury, Pale Fire and Ulysses spring to mind) the trick works well precisely because they exploit proclivities in the human mind. Readers are intrigued when they’re presented with a reality that's completely unlike our own yet oddly tenable.

It can also make sense for works of fiction based on historic events. If the reader already knows what’s going to happen, it makes sense to put a spotlight on elements with which they may not be familiar. In other words, If the “why” or “when” has effectively replaced the “what” as your story’s major dramatic question, it’s a technique you might want to consider.

But I’ll be honest with you: almost all disassembled narratives produced by beginning writers are a mess. More often than not, the reason for this is because most writers who decide they want to chronologically disassemble their narratives do so for the novelty of the experiment or because they want to draw attention to a particular scene, not because it would legitimately aid the work. Call me a hopeless realist. It’s my opinion that most of the time, displacing events from their natural sequence will doom your work from the first page, primarily because you must now rely on a patchwork of flashbacks and piecemeal narratives to make the nonsense of it all make sense. This wearying process adds too many unnecessary elements, slows tension, kills plot flow and ultimately alienates readers.

Of course, pooh-poohing this practice is complicated by the fact that some of the most talked about literary works to come out in the past decade (A Visit From the Goon Squad, Everything is Illuminated and House of Leaves, to name a few) utilize non-linear narrative structures. We’re a culture that saw Tarantino practically change the film industry. Any criticism I have of these narrative forms will be invariably accompanied by the image of some avuncular Wilford Brimley trope wagging a dog-eared rulebook of yore. I’m not. I’m simply saying it takes a hell of a lot of wherewithal not only to tell a compelling story, but to tell a compelling story after you’ve deliberately removed the wheels of causation under it.

This brings me to my first point. If there’s one big reason linear narratives offer a default advantage over the non-linear, it’s this: we live in chronological order. History happens in chronological order. Stories delivered with a structure that mirrors this order have the advantage of sharing an ontological model with everything that happened before it. Then there’s the fact that linear narratives elicit a natural capacity to build suspense and surprise. A life-long familiarity with the relationships of cause and effect have given us a compulsory desire to know “what happens next.” These are very, very strong drives. Stories are attempts to connect and compel with fellow minds; they shouldn’t be approached as mental gymnastics routines. You shouldn’t throw away an opportunity to connect on such a primal level unless you have a very good reason. Like I said, if the major dramatic question of your story is “why” something happened instead of “what,” a non-linear approach might be worthwhile. But the human mind is going to be far more receptive to absorb and be compelled by an unfolding of events if the suspense and literary puzzle-solving involved leads us to discover its final manifestations, which hopefully clues us in on some greater mystery in the human experience.

Then there’s the utter messiness of it. Look, you don’t have to manipulate time to build suspense. And littering the story with literary herrings to manipulate reader judgment is a trick as old as the story itself. You don’t have to tell a story backwards to do it. The fact is, just because your narrative can be chronologically disassembled, that doesn’t necessarily mean it should. For one, if you’re going to disassemble an A to B chronology, you’ve now put upon yourself the added task of solving a new problem: how to get from Z to A. It’s going to take a lot of additional transitional devices just to make the new order make sense; the already taxing chore of getting from the beginning to the middle to the end is now complicated by the prospect of doing the added arithmetic to go backwards. Too many jumps forward or backward in time will naturally diminish a reader’s involvement. You can be sure that all the backtracking needed to make a non-linear story logically sound could divest our collective interest in where the story is going. Of course, taking apart a narrative sequence isn’t going to fix anything if your story already has problems. If you don’t know where your story’s going, the last thing you’ll want to do is cut it up. Disassembling a narrative that isn’t already working is like trying to fix a marriage by having affairs.

The final problem with disassembled narratives is that they usually rely on flashbacks to ferret out the scenes that occurred before the medias res action of the narrative began. I’m going to be as blunt as I can about this — and no doubt, it’s going to give you further carte blanche to label me as fiction writing’s resident fuddy-duddy — but here it is: writers should avoid flashbacks whenever possible. This isn’t to say there’s something intrinsically wrong with flashbacks; it’s just that they have to be justified. Here’s why: Stories should always try to maintain their capacity to surprise; it’s always best to make things look like they could go “either way” as often as you can. But this isn’t possible when you’re flashing back: if we know your character is well enough to tell the tale of his/her past, if we know we’re traveling back simply to see them before the actual action begins, the stakes aren’t going to be nearly as high as a situation where we don’t know what’s going to happen to our character thereafter. As such, flashbacks deal in lower stakes, and they should be used primarily for exposition. We should spend as little time as possible in the past and focus on the narrative present, where the action is.

The point here is that keeping a wary eye on disassembled narratives isn’t so much an effort to make your story clearer as it is to make sure your story remains exciting. You can have a story that’s well written, but sleep inducing on the boring meter. In fact, that’s the problem with 90% of the work coming out of MFA programs today: writers have convinced themselves that by applying some novelty of form they can somehow inject excitement into their work, when in fact they’re obfuscating their narrative, which only further alienates the reader. If your story’s strongpoint is the novelty of its disassembled sequences, this should be a red flag that something in the plot isn’t working, and no amount of narrative jumbling is going to fix it. If your plot isn’t dramatic enough to maintain tension on its own, chances are you’re moving in the wrong direction.

Jon, I think it's awesome that you and I have written on this topic from opposite view points. I don't think this is the first article, either, in which I contradicted your advice or vice versa. I like that. It shows how many different ideas there are out there about crafting fiction. Sometimes I think writing programs all tend to homogenize the craft & how one ought to approach writing fiction (or poetry or nonfiction). It's great to showcase a little variety of opinions.

I enjoy nonlinear narrative, but only when it is done really, really well & for a clear and defined purpose. Haphazard plot flopping is very distracting when you have to do extra work to connect the pieces yourself.

If your plot isn’t dramatic enough to maintain tension on its own, chances are you’re moving in the wrong direction.

Tension isn't necessarily created by the events themselves.  (EDIT - like you said about the "why")  There can be tension in new a perspective, caused by the realization that we don't know what we thought we knew about what has been already displayed in the story.  Tension can arise by way of ideas, thoughts, emotions, stuff other than "OMG is he gonna make it out before the building explodes?" / "OMG are they gonna get married or not?"

Even so, I agree that most stories are probably best told in a linear fashion.

Absolutely agree with you about this device being an abused novelty. New writers see a masterfully executed chopped up narrative and think "That was awesome! I want to do that!" This can really apply to any creative trends and tricks. I've been guilty of this many times, forgetting that what made the work interesting was the story, not just the tricks used to tell it.