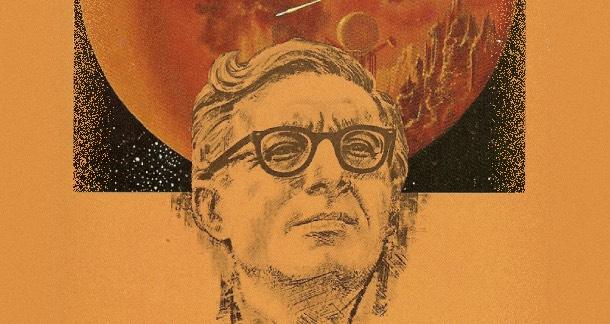 Ray. Fucking. Bradbury. (Am I allowed to drop the F bomb here? I think so.)

It’s his 99th birthday. Well, if a dead man can have a birthday, that is. Regardless, I’m sitting here awestruck by the power he has held over me and other writers—still holds, even postmortem.

Most people know him for his timeless novel, Fahrenheit 451. But his most infamous work is The Martian Chronicles. This volume of short stories details many different sides of space-travel centered around the red planet.

It was those shorter works that inspired me to appreciate sci-fi. Most of the fiction I write is speculative and drifts through the short range. I love aliens, ghosts, and monstrosities. When I first approached the publishing world I struggled to find my fit. The full-length novels I loved had nothing to do with my writing style.

My writing Yoda (way cooler title than “mentor”), Mark Pearson, straight up told me to stop counting words. “Let the story decide how long it wants to be.” My work had very little in common with this British New York Times Bestseller’s crime thrillers, but his advice helped immensely.

I’m sitting here awestruck by the power he has held over me and other writers—still holds, even postmortem.

I realized my stories said a lot very quickly, but the pressure to “write a book” had been holding me back. Once I let that go, everything came together.

There is something about an author who can take a fully developed concept and mold it into an entire story in just a few pages. Writers often look at the art of short storytelling as an exercise. Short stories take a lot of crap in the publishing world. They are easy to try; difficult to pull off with success.

Authors have to be a big name in order to be taken seriously when writing shorts (or get into an anthology with big names). It takes a lot of grit to stick with it even though crafting a fully developed plot, world, and cast of characters in limited space is often more challenging.

Ray Bradbury did it with style. He didn’t just write; he was a literary master. One I could never wish to earn a place beside.

Looking up to him is intimidating and comforting all at once. My favorite of his works is a lesser known short story in his 2002 collection, One More for the Road. There are no aliens in this piece. No ghosts or futuristic societies. This small work just includes a Jewish couple who argues all the time, and the person who records one of their conversations. I won’t spoil the ending but that recording comes in handy later.

It’s a simple tale. It’s not preachy or full of vinegar. There’s an old-school charm that drifts off of the page and gifts the reader with classic insight.

That’s what short stories do.

The Irish Times recently published a piece titled, “Short-story writers are infinitely more creative than novelists.” I never thought to compare the two. To me the art forms are very different and I have tackled both like a wild woman fighting a rabid bear for honey. I’m often more likely to get my head clawed off than find the sweet spot, but at least I’m never bored.

Unfortunately the novelists I know and converse with online took offense at the article and had a field-day tearing it apart, mocking it with cynicism. Maybe I defended it because it panders to my own narcissism. Maybe I liked to hear someone praise short stories for once instead of looking down on them as if they are projects for babies. What I really thought, the first thing that came to mind when I encountered the headline was, Neil Gaiman, Ray Bradbury, and Stephen King all mastered short stories.

I sat back in my chair and gaped at the colorful toys littering my desk. Glancing up I breathed deep and studied the pictures I plastered on the wall behind my computer. I left my sense of “self” behind and marveled at the greats I loved.

All of them, every single one wrote short stories.

The universe suddenly made sense. Instead of feeling like a floundering fool, I was gifted a short reprieve. It all came back to, Ray.

The writer who transformed my silly storytelling nature into a dedicated─if not serious─writer.

His stories continue to inspire. His words still matter. I’m convinced they will long after me and mine are gone and that makes me happy for the readers to be.

The world is more full thanks to his work.

If I want to get my kids into his work, what would you suggest, Illustrated Man? 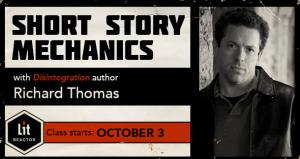