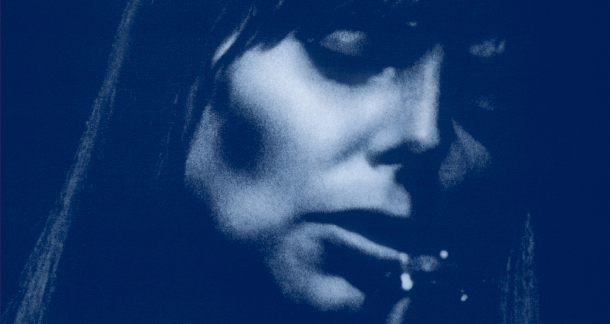 I first became aware of Joni Mitchell’s Blue when Rolling Stone printed their instantly outmoded "Top 100 Albums of the Last 20 Years" in 1987. That her masterpiece was ranked at 46, I’d later learn, was one of the many problems with the male-dominated list, but I’m grateful they at least printed the final verse to “The Last Time I Saw Richard.”

Those lines hit me like a Joe Frazier right. This was dynamic poetry and I wanted to know more, hear more. Pre-internet, instant gratification was a rare commodity. I waited until pay day and then headed to Tape World where I purchased a cassette of Blue. Luckily, my car stereo had a tape player, so I could listen to my new purchase on the ride home.

I had only known Mitchell from radio-friendly tunes like "Big Yellow Taxi" and covers of her songs, like "Both Sides Now," which Judy Collins made her own. Before Blue, I had appreciated Mitchell’s acoustic talents, though the high notes she went after alienated me, and I never made it past that to get to what has always mattered most to me: the lyrics. But the Blue album was different—I almost didn’t even hear the music. It became secondary to the onslaught of emotion, making her lyrics jump out. I imagined her as a spoken-word poet, center stage, divulging the secrets of her soul for the world to feast on.

That authenticity pervades throughout her precise, no-words-wasted verses, and those words dissect the complicated nature of relationships from the inside out. Though her own relationships obviously had the added touch of celebrity—“My Old Man” is about Graham Nash and “A Case of You” is rumored to concern Leonard Cohen—anyone who has suffered Cupid’s dark side will easily identify. Mitchell later said of Blue in an interview: “I felt like a cellophane wrapper on a pack of cigarettes. I felt like I had absolutely no secrets from the world, and I couldn’t pretend in my life to be strong. Or to be happy.” Her romantic entanglement with Nash ended in a chasm of lament, and in straightforward, heart-wrenching language she reflects on their split in “River,” arguably the centerpiece of the album. She sings:

For the longest time, I thought this particular verse had been about Mitchell giving up her daughter for adoption after reading about that part of her life. It was only more recently that I learned “River” is actually about her “baby” Nash. Today, because of the lyrics referencing Yule time tidings, it has become a popular Christmas song. It just goes to show how the words chosen can have a universal theme, and yet mean different things to many people, all depending on their perspective.

Though much has been made of Bob Dylan’s impact on Joni Mitchell, let’s set that record straight. Sure, the Minnesota troubadour was an early influence with flashes of visceral brilliance. But really, it wasn’t until three years after Blue came out that Dylan released Blood on the Tracks, which was the first time one of his albums hit the same level of raw and bared songwriting on every single track, something Mitchell had been doing all along. To my mind, we need to look elsewhere to find Mitchell’s match, and the nearest I come up with is poetry icon Sylvia Plath. “I desire the things which will destroy me in the end,” Plath had infamously acknowledged, and with lines such as this, she and other confessional poets of the Blue era (John Berryman, Anne Sexton) have that kind of blown out psyche that give Mitchell’s work a run for its money. While their journeys sadly yielded to the relentless pressures from within, thankfully, Mitchell found a road back from her “turbulent indigo” landscape. If you check out her Twitter feed, you’ll find it filled with supportive words from creative friends and joyous photos of fellow musicians of all ages who’ve made a pilgrimage of sorts to her home in Fort Macleod, Alberta, Canada.

It’s hard to believe fifty years have passed since Blue was released and thirty-four years since I bought that cassette. I stream the music now and my tween daughter sings along to “River.’

Time may not always be kind, but in this case, it is. From Charles Mingus and Prince to Brandi Carlile, Harry Styles and Lana Del Rey, many have praised Mitchell’s talents and accomplishments in the arts. Coming full circle, the latest Rolling Stone "500 Best Albums of all Time" places her masterpiece at #3, behind only The Beach Boys Pet Sounds and What’s Going On by Marvin Gaye. That’s heady and well-deserved company, indeed.

Get Blue at Amazon