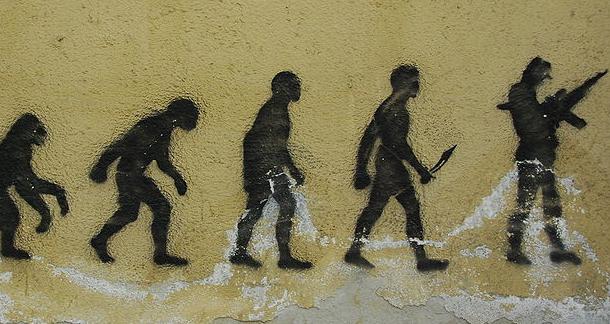 “The pen is mightier than the sword.” It’s an adage that just about everyone has heard at some point in their lives. The saying, in its most modern incarnation, originated in England with the 1839 play, Richelieu by Edward Bulwer-Lytton. But, like war itself, the proverb has circulated the globe since ancient times. Greek poet Euripides was known to have coined a similar variation, and Hamlet's Rosencrantz noted that, "...many wearing rapiers are afraid of goosequills."

Perhaps the most interesting deviation of this tried and tired saying— at least, for the purposes of this article— came from scholar Robert Burton, who asserted that, "the pen is worse than the sword." Certainly, it was more difficult to devise a list of books that promote peace (especially prior to the twentieth century) than it was to brainstorm titles that had a hand in instigating conflict. Writing can be a surprisingly violent occupation.

The impact of literature on civilization is not always obvious, especially as history is in the process of unfolding. Therefore, the following books (some fiction, some non) are not, of course, physical instruments of war, but tomes which had a palpable impact on current events during the time in which they were written.

NOTE: The omission of religious texts was purposeful. I felt that to include them would have made the article more about religion's role in conflict, a topic that can (and has) filled volumes and is better suited for another time and place. 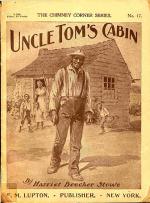 This is only one of many titles that heightened the tensions between North and South when it was first published in 1852. In fact, it wouldn’t be difficult to create an entire list of titles specific to the beginnings of the American Civil War. Twelve Years a Slave, The Narrative of the Life of Frederick Douglass, the writings of William Lloyd Garrison; each chipped at the already fragile relations between the agrarian South and more industrial North. Contemporary criticism of Uncle Tom's Cabin was widely mixed, even amongst abolitionists. What's indisputable, however, is that the book made a significant impact. According to PBS, an Alabama bookseller was run out of town for merely selling a copy of Uncle Tom's Cabin, and Stowe herself received responses in the form of threatening letters and the dismembered ear of a slave. According to some sources, President Lincoln even once called the author, "the little lady who started this great war." 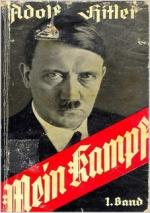 Hitler's autobiography, My Struggle, is an unfortunate given for this list. Written while the Nazi leader was in prison during the twenties, its popularity brought him enough royalties to afford a Mercedes before he was even released from jail. Subsequent editions were printed in numerous languages, and newly wedded German couples were even offered free copies of a "wedding edition." Surprisingly, the book was not only criticized for its racist components, but Denis Mack Smith's biography on Mussolini claims the Italian fascist also found it to be too boring to read. Despite its offensiveness, it's impossible to deny Mein Kampf's place in the history of World War II. 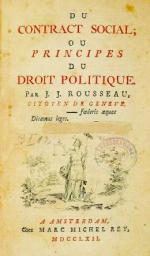 'The Social Contract' by Jean-Jacques Rousseau

Maximilien de Robespierre, the man responsible for most of the beheadings following the French Revolution, was so moved by The Social Contract, he was said to have visited Rousseau's tombstone to weep bitterly over his idol's demise. Rousseau's theories of social justice not only guided rebellions in France, but rippled across the Western world, influencing core governmental documents of the young United States. The Social Contract remains a valid critique on the purpose of government over two centuries after its initial publication. 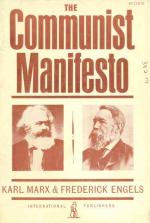 'The Communist Manifesto' by Karl Marx and Friedrich Engels

Widely recognized as one of the most influential political documents ever written, The Communist Manifesto has inspired dozens of revolutions across the globe from Russia, to China, to much of Europe and Latin America. Like the doctrines of Rousseau (or possibly even more so), Marx and Engel's theories on society and economy have remained highly relevant and controversial into the 21st century. 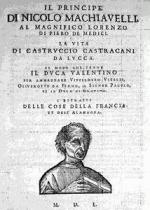 'The Prince' by Niccolo Machiavelli

Is there another document in the history of world literature as bloodstained as Niccolo Machiavelli's The Prince? Political leaders who drew influence from the book include Henry VIII, Charles I of Spain, Thomas Jefferson, and Napoleon, to name a few. American gangsters named the book "The Mafia Bible" and Albert DeMeo used Machiavelli's advice as a "blueprint for the Italian underworld." Machiavelli's treatise on ruling espouses the use of violent or wicked means if necessary, calling politics a game of survival of the fittest. 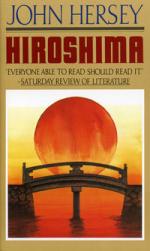 The New York Times called Hersey's Hiroshima a book that "stirs the conscience of humanity." One Goodread's reviewer summarizes the emotions felt while reading the book quite succinctly, stating that it will humble, scar, anger, and terrify you. It's a perfect description of the array of emotions this narrow volume solicits. Hiroshima was published shortly after the dropping of the atomic bombs on Japan, and first appeared in The New Yorker. Its unflinching portrayal of the events following the bombings has long remained a vital part of the conversation on nuclear warfare. 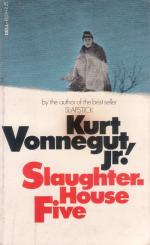 Billy Pilgrim might be any solider, buffeted through war and time. Although Vonnegut's novel of children's crusades and space travel was not published until after the war it concerns was already over, it has since affected mainstream perception of other modern conflicts, such as in Vietnam and even Iraq and Afghanistan. Controversy surrounding the title (largely Vonnegut's use of "vulgarities") continues into the present, cementing its place on many banned books lists. Prepare for a strange experience, sometimes solemn, sometimes bizarrely comic. Vonnegut uses Slaughterhouse Five as an opportunity to look at humanity from an alien's perspective, and what the reader sees is far from flattering. 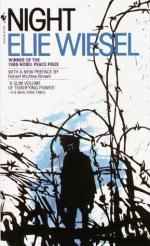 Elie Wiesel's Night is a life-changing book, and a difficult one to sum up in a short paragraph. Honestly, if you haven't read it, you should. No, it's not a feel-good kind of read, but Wiesel's experiences in the Jewish concentration camps of World War II are a testament to the importance of the written word. It's one of the few books I can think of that, within the space of approximately one hundred pages, has the capacity to make a reader feel so much. 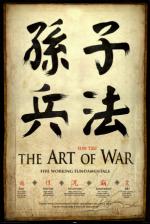 'The Art of War' by Sun Tzu

This title may seem like an odd choice to include in a list of books that promote peace, but much of Sun Tzu's advice revolves around the avoidance of war, not the embracing of it. A quote that is reiterated in several forms throughout the books is, "The greatest victory is that which requires no battle." The ancient text points out the cost of a prolonged war on any country, however prosperous. Even today, The Art of War is required reading for U.S. military officers. 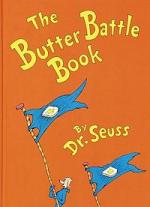 Okay, so it hasn't exactly stopped invading forces in their tracks, but this Dr. Seuss title deserves credit as one of the ballsiest kids books ever to be written. It's probably also the only children's book that addresses the topic of war this frankly. Published during the Cold War, the plot concerns two fictional races (the Yooks and the Zooks) and an escalating arms race over whether bread should be eaten butter-side up or down. Sound like something a war might start over? Yes, I think so too.

Great article. As a student of History, and an avid reader, many of these have left an indelible mark on my psyche. I do have a question for the author. Leah, can you please elaborate on what you mean when you say that, 'history is in the process of unfolding?'

Hi ZepNess, glad you enjoyed the article. When I said that history is in the process of unfolding, I meant that as a collective, we don't always realize something is historic until it's a hundred years (or more) in the past. While that's definitely not always the case, for many books, it takes the test of time for them to become generally accepted as influential, or classic.

Agreed: Good list. I would, however, suggest you possibly review your knowledge of homonyms. This is to be viewed as constructive criticism, not as insult.

Specifically concerning your description for Slaughterhouse Five: "...it has since effected mainstream perception..."

(Maybe a typo; or possibly overlooked during revision?)

Thanks for pointing it out WordSm1th, I'm not insulted. Typos happen, and when they do, I like to be aware of them. Good catch!

Dwayne from Cincinnati, Ohio (suburbs) is reading books that rotate to often to keep this updated November 10, 2013 - 6:18am

Utah if I had a dollar for every typo of mine you've pointed out, I'd have 20 or 30 bucks. Easy. Although you never created a profile to do it.

Moderator
Utah from Fort Worth, TX is reading Lonesome Dove by Larry McMurtry November 12, 2013 - 6:21am

Dwayne from Cincinnati, Ohio (suburbs) is reading books that rotate to often to keep this updated November 12, 2013 - 8:42am

Well no.  And really stop hitting on me.  Even if I was attracted to men, you're married.  I think.  go post here how your forum post didn't get you laid.

Also, how is Dallas/Fort Worth to live in?