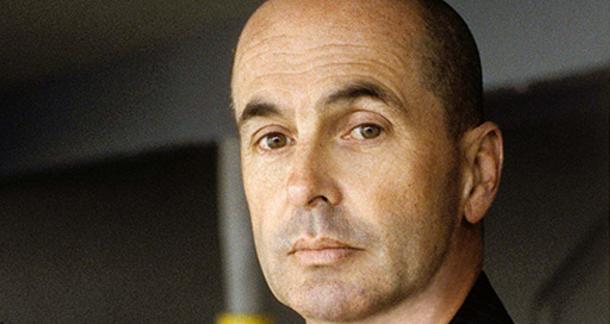 When you think crime fiction and California, the first city to jump to mind is Los Angeles. L.A. is a staple: Chandler, McDonald, Wambaugh, Connelly, Ellroy, and Parker are among just a few to base their greatest creations out of the City Of Angels. And who can really blame them? Los Angeles is grit and grime. L.A. is glitz and sleaze; it’s the best (or worst, depending on your point of view) example of American excess blended with its rabid poverty. More or less, it’s the ideal city to place a crime story.

Taking a look at Winslow’s life, you have to think the guy was predestined to become a crime novelist.

But what about the rest of California? Drive south down the coast, and suddenly the greasy brown haze of Los Angeles gives way to pristine coastlines, comfortable suburbs, and multi-million dollar homes nestled away in deep canyons. It’s all very beautiful, and to be blunt, kind of boring. It’s not exactly the kind of territory that would make a great setting for a crime novel. Or so you would think. Because when you drive south, you’re heading in the direction of one the single most corrupt and bone chilling countries in the world: Mexico.

The reach of the Mexican drug cartels is broad and frightening, especially so close to the border. The comfortable suburbs may contain drop houses where millions of dollars in meth or coke wait to be picked up by dead-eyed drug dealers. Those multi-million dollar homes may belong to Mexican Cartel lieutenants who come north to escape the constant danger and bloodshed of their home turf. Those picturesque canyons and coastlines may hide labs, grow houses, and hundreds of bodies that will never be found. This pristine air-conditioned nightmare is the playground for one of America’s best (If not the best, but that’s the kind of thing that’ll have to be settled between Winslow and James Ellroy in a knife fight) crime novelists, Don Winslow.

The Americans take a product that literally grows on trees and turn it into a valuable commodity. Without them, cocaine and marijuana would be like oranges, and instead of making billions smuggling it, I’d be making pennies doing stoop labor in some California field, picking it.

Taking a look at Winslow’s life, you have to think the guy was predestined to become a crime novelist. Winslow was born in New York City on Halloween in 1953. His mother was a librarian and his father a non-commissioned officer in the Navy. In the 70s, Winslow became a private investigator in NYC and abroad. After obtaining his master’s degree in Military History, Winslow started bouncing around the world and working for a friend’s safari service and led tours in Africa and China.

In 1991 he published his first novel, A Cool Breeze On The Underground. (This would be the first book of five in his Neal Carey series. By the way, Neal Carey is very much a thinly veiled fictional version of Winslow) The Carey novels had a humorous bent to them—think a slightly harder edged Carl Hiaasen—and A Cool Breeze On The Underground was nominated for an Edgar Award. Winslow moved to California with his young family and continued working as a private investigator until he published The Death and Life of Bobby Z, which allowed him to become a full-time novelist. The Death and Life of Bobby Z also had its fair share of humor, but it was definitely much darker than the Carey series and would introduce elements and themes that would preoccupy Winslow’s output for the next 15 years: Drugs and the absurdity of the United States “war” on them.

So let’s get down to the nitty gritty, shall we?

'The Power Of The Dog'

Well, that’s probably the best way to sum up The Power Of The Dog; the only differences are the law enforcement element is just as ruthless and corrupt as the forces they’re waging war against, and there’s none of the romanticized bullshit most readers typically associate with organized crime. There is no honor, there is no nobility, there’s only money and power.

The Power Of The Dog is the fictionalized history of America’s long, pointless war on drugs against Mexico, and it is Epic with a capital E. It is a gritty, unblinking portrait of one family’s rise to power and one DEA agent’s obsession with bringing them down. It easily one of the best crime novels written in the 20th century and is in my top 3 favorite novels of all time. Oh, and it contains easily one of the of the most vicious and cold hearted death scenes ever written. How vicious, you ask? Our normally steel jawed book reviews editor, Cath Murphy, read the scene and then had to put the book down and never returned to it. Yeah, it’s hardcore. By the way, you can also pick up the sequel to The Power Of The Dog, The Cartel, next week.

This is chapter 1 of Winslow’s most recognized and celebrated novel, Savages, and those two incendiary words set the tone for the entire novel. Savages is the story of Ben, Chon, and their shared girlfriend/muse, O. All of them are spoiled—except for Chon, who’s just a flat out bad ass— rich kids who operate a “boutique” pot operation. What makes it boutique is that they keep it high and tight and only sell to a select clientele. Ben and Chon make a load of cash selling dope, but the Baja Cartel is making heavy inroads into the U.S. and they are taking over operations all over California. When Ben and Chon say no to the cartel, they end up kidnapping O to make the two friends work for them. But all this does is piss Ben and Chon off and they start chipping away at the cartel. Needless to say, this doesn’t work out well for either party.

Savages is one of the most brilliantly conceived thrillers of the last twenty years. The novel’s clipped, ultra fast paced language perfectly captures the new dialect of a generation weaned on the Internet and text messaging. The stylized prose is vastly innovative for an American novelist, bringing to it a staccato rhythm. So if you’re looking for something not quite as heavy as The Power Of The Dog, Savages is a good starting point. (The prequel to Savages, The Kings Of Cool, is also an incredibly fun read.)

Winslow has played around with the P.I. novel for most of his career, starting with the Neal Carey series, then continuing with the excellent standalone California Fire and Life, featuring arson investigator, Jack Wade. But in my opinion, Winslow’s strongest P.I. was retired cop and lifelong beach bum, Boone Daniels. Daniels is the lead in The Dawn Patrol, a harrowing and often very funny ride, which is a nice break from the far heavier fare Winslow has been writing.

But just because The Dawn Patrol has a few funny lines doesn’t mean it doesn’t contain its fair share of heaviness. Daniels is weighed down by his previous life as a San Diego police officer, and he’s particularly haunted by a cold case of the abduction of a young girl named Rain. Dawn Patrol is intense and cinematic, and an excellent introduction to Winslow’s work. Once you finish it, you will want to track down the second Boone Daniels novel, The Gentleman’s Hour. I often hope that Winslow someday returns to writing about Daniels, but I’m not holding my breath, so I'll just have to be happy with the two books featuring the surfer detective.

'The Death And Life Of Bobby Z'

I had to flip a coin between Bobby Z and Winslow’s excellent L.A. Times Book Prize nominated thriller, The Winter Of Frankie Machine. But in the end, I felt I had to include the novel which in my opinion sparked Winslow’s current creative bent. The Life and Death Of Bobby Z is the story of Tim Kearny. Kearny’s a born loser who’s just gotten busted for killing a Hell’s Angel. It’s his third offense, so in California that means he’s going away for life. But considering the Angel’s heavy presence in the California penal system, he might as well be sentenced to death. The one advantage Kearny has is his near identical resemblance to the legendary drug dealer, Bobby Z, whose recently passed into the great beyond. So Kearny cuts a deal with the DEA to become Bobby Z so they can exchange him for a DEA agent who has been captured by Bobby Z’s most ruthless rival.

Essentially he’s exchanged one death sentence for another, but at least with assuming the life of Bobby Z, he can live his final days in the lap of luxury instead of a prison cell. The Death and Life Of Bobby Z is hellishly funny and vibes like an Elmore Leonard novel, but with a much higher body count. It’s a quick, brutal, and most of all, fun read despite all the blood shed. And I consider it to be absolutely essential in understanding the Winslow canon.

Have you read any of Winslow's work? Planning on picking anything up? Let us know in the comments.

Sweet effort, dude.  You nailed it.

Great list. I can't wait for The Cartel. And for all the WInslow I've read, I still haven't gotten to Bobby Z. Probably need to fix that.

Very nice job. I love Winslow's work and your assessment of The Power of the Dog is dead-on--one of my favorite books of all time.  I can hardly wait for the sequel.

Savages is the only one I've read, but that alone made me a Winslow fan. I need to break down and grab these others.