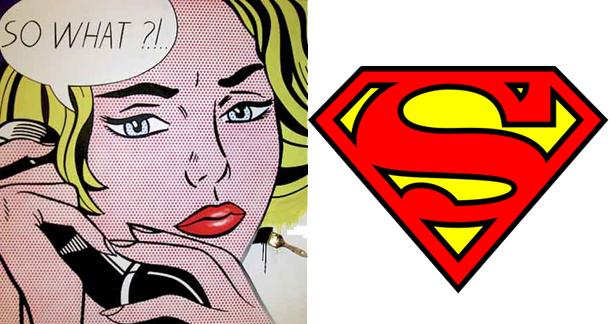 It’s happened to all of us at one time or another, and far too often for some. Maybe I’m just getting old and cranky, but it seems to be occurring with alarming frequency as of late. You know that sinking feeling that sets in after you’ve read a significant portion of a story and come to the sudden realization that not only do you no longer care what happens, but maybe you never did. How could this happen? This is one of your favorite authors, it’s in a genre you love, the prose is delightful—there is every reason you should love this book and you began with every intention of doing just that, but despite your best efforts it simply isn’t happening, and the more you read the more certain you become it never will. That’s because the story has failed to answer or at least address the most important question a piece of writing will be asked, what an old mentor of mine used to call “the only question that matters.”

There it is. Write it on a post-it, have Siri take a memo, or tattoo it on the back of your hand. Ponder it endlessly, with every word you write. Stop and ask your stories this question, and demand an answer. Because your readers are doing it already, whether they know it or not, and if they don’t get a satisfactory response, they won’t be your readers for long.

Give the audience a reason to keep reading, or they might just stop.

I was first confronted with this harsh truth in my first college workshop. I had written an extensive requiem for youthful indiscretion, full of poetically embellished scenes of sex, drugs and parties, all rendered in needless verbal flourish. With a healthy amount of shame I admit that I was pretty proud of that little story—I was certain it was the best thing I’d ever written and I couldn’t wait to see the class overcome with awe at my literary excellence. Imagine how disheartening it was to discover that all my classmates had turned in similarly verbose screeds about the excesses of their youth, and none of them merited more than our professor’s disdain. A few geographical details aside, our stories were completely interchangeable, boiling down to simple formula of “We got fucked up, then we did something stupid. It was awesome.” While that might make a great story to tell over a round of beers, it’s not something people want to commit time and effort to reading. Other than the kid from Idaho who wrote about losing his hand in a wheat thresher, none of us had provided a single reason to care about our thinly-veiled autobiographical protagonists and what befell them. The fancified transgressive fiction we thought was so compelling and raw was actually just another tedious read for our classmates. Unfortunately this affliction is not limited to freshman fiction workshops. Answering this question is not as simple as whodunit—there are plenty of novels out there with meticulous plots that are ultimately forgettable. Style is also no substitute—China Mieville continues to win acclaim for novels full of indecipherable gibberish. So what will make your reader care about your story?

Ultimately, it is your characters that have to answer the most important question for you. They are the ambassadors of your story, and if your reader cannot connect with at least one of them on some level it’s going to be difficult to convince that reader to keep reading. We only care about what happens next because we want to see it impact the characters that intrigue us. It doesn’t matter if the entire universe is going to war if it’s not going to affect anyone we’re invested in.

It doesn’t matter if the entire universe is going to war if it’s not going to affect anyone we’re invested in.

Superman is a great example of a beloved character that has struggled with the question of “So what?” for decades. He is the most powerful being on Earth, impervious to harm, and unwavering in his moral conviction. While it was a novel idea in the 50s, it soon became problematic, narratively. People loved Superman, but it was getting harder to get excited about stories where nothing was ever at stake. Nothing could threaten the protagonist or even his loved ones. He was so powerful that crime became obsolete, because let’s face it, you’d have to be a special kind of stupid to think about knocking over a liquor store in Superman’s town. That’s how we got a series of ridiculous scenarios where the Last Son of Krypton does things like rescue kittens, juggle typewriters while standing on his head, and try to smoke sixty cigars at once, sometimes to win a bet, or just because he was almost as bored as his readers.

The writers solved the problem by raising the stakes, pitting him against villains like General Zod and Darkseid, an interstellar despot and an evil god, but even this was a temporary solution. Because as the hero continued to defeat them time and again their menace was no longer sufficient to sustain a story. That’s when Superman underwent death and resurrection in a desperate attempt to regain his relevance (though not the most desperate), which ironically made him less relatable. They kept throwing him against bigger and more powerful enemies, and sometimes his hope would waver, but he was always surrounded by supportive friends and family that would remind him what he was fighting for and help him find the strength to finally punch the bad guy hard enough. Superman remained as impervious as ever. Audiences found it difficult to relate to a character who can’t be hurt either physically or mentally, and whose biggest problem is his nagging guilt over not being able to save everyone all the time.

DC’s New 52 has done the unthinkable and made Superman interesting again, by making him more vulnerable. This new Superman is more of a loner, and definitely feels that difference. He likes humanity, but he’s not sure he’s really one of them. He’s still a hero, but he does it because he thinks he should, not because he really wants to. For the first time, Superman’s story doesn’t feel like a foregone conclusion. Without his loving wife and parents to keep him tethered to humanity, what kind of person might he become?

In the end, it doesn’t matter if you wrote an inspirational story about a blind man with no arms who becomes a concert pianist, or maybe a dark urban fantasy about repentant vampire hookers who shelter orphans. No matter how fascinating you believe your subject to be, the only thing your audience really wants to know is “So what?” Why is your story worth their time? Why should they care? Of course the answer will be different things to different people, and some might not like your answer, but those who disagree with you are still more likely to keep reading than those left waiting in prosaic silence. How many of us have finished a book we loathed out of pure spite, simply to hate it all the more articulately? How many of us have continued to read an ongoing series that continues to spiral into a narrative nowhere simply because we loved the characters? It’s not really important what the answer is, so long as we get one. Give the audience a reason to keep reading, or they might just stop.

How to Assemble an Ensemble: Team-Building for Writers

Devon Robbins from Utah is reading The Least Of My Scars by Stephen Graham Jones February 26, 2013 - 7:59pm

This is one of the simplest and most helpful pieces I've come across on here.

It's the same question asked--and answered--by this blog post. Well done and thanks.