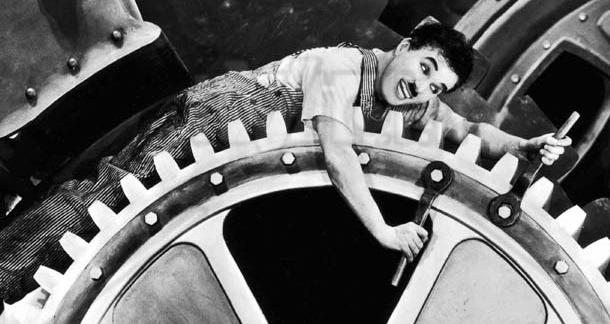 At a bookstore event several years ago, I briefly met Norton Juster, author of The Phantom Tollbooth. He read some of his work aloud, then took questions from the audience. When asked how he made time to write the book, he replied that he didn't. The entire thing, he told us, had been part of an elaborate attempt to procrastinate on completing work assigned to him by his day job. Ever since hearing that, I've had a soft spot for procrastination. Even while stalling on one task, the human mind is still capable of performing another, even if it's not what was originally intended.

Procrastination doesn’t have to be a complete waste of time. Instead, it can be only sort of a waste of time. From creating an address book of potential new outlets to restocking on coffee and planning a calendar of literary events, it helps to keep a task list of secondary chores handy for when writer’s block inevitably hits. Side note: I am procrastinating as I write this by watching Bernie Sanders eat soul food on Comedy Central. It's not helpful or relevant in any way, but it is making me hungry.

1. Before anything else, try taking a walk or a nap.

Sometimes your brain just needs to go through a mandatory defrag, and defeating writer's block is that simple (this is not often the case, but it's worth a shot). Carry a notebook and pen in case genius strikes.

2. Make a file of potential outlets and how much they pay.

Of course, there are several publishing marketplace guidebooks that come out annually, but many of those are expensive, come with lots of information you're unlikely to care about, and leave out the vast majority of online outlets. If I see a blog or website I'm interested in, I bookmark their page or follow them on Twitter. When the brain juices refuse to flow, I take some time to go through my bookmarks and make notes on submission policies.

Even while stalling on one task, the human mind is still capable of performing another, even if it's not what was originally intended.

Writing exercises, that is. This borders on being too productive for the purpose of this article, but you can make your characters more ridiculous than they usually are, if you need further convincing. When do you get a chance to take your favorite villain out to the mall? You never do, so take the opportunity now.

4. People watch like you don't care how creepy they'll think you are.

Go to a place where you know you're likely to encounter interesting humans, then commence taking field notes. Maybe you'll learn a few things about their species.

5. Solicit advice from other writers.

If you can't write, you can at least read about writing. Scan through your favorite author's tumblr or reddit Q&A, if possible. If your favorite author died a century ago, look into whether they left any advice behind in the form of letters or articles.

Sometimes a change of space is all it takes to unstick your mind. If you're like me, you'll also create a Pinterest board of office ideas that amounts to absolutely nothing in real life.

7. Attend a networking event, even if the word 'networking' makes you want to dig a ditch and bury your head in it like an ostrich.

I've been readily assured that it's good for you. The Freelancers Union Spark events or a casual writer's lunch such as the series Grub Street hosts might be a good place to start.

8. Reread your favorite books with a more critical eye.

Dissect their plots and characters. Something obviously caught and held your attention. What about the writing is so compelling, and is there a way to replicate it?

Sometimes watching a Netflix documentary can count as research. Take notes if you want to prove it to your roommate/spouse/self.

Take a workshop or class in a subject you've never tried before or could use some help with. Learn something that doesn't even connect to writing directly, like how to program that portfolio website you keep saying you're going to build. Check out Codecademy or audit a MOOC. You never know; it might help one day in an unexpected way.

Opportunities for contests, grants, fellowships, internships, and writer's retreats slip by a bit too easily if you don't keep on top of them. One might begin to think you actually dislike filling out applications.

Put together a beverage service of coffee or alcohol or whatever else you like to have by your side while you're in the trenches. There might not be a lot of action right now, but you'll be ready for when there is.

Do you have any favorite procrastination tactics or methods for battling writer's block? Let us know in the comments!

Focus on other creative aspects that you later plan to include in your writing. Like illustration, that will be an asset later if you want to illustrate books.

edsikov from New York by way of Natrona Hts PA is reading absolutely nothing September 30, 2015 - 10:28am

Yeah! This is a great column! Nice work!