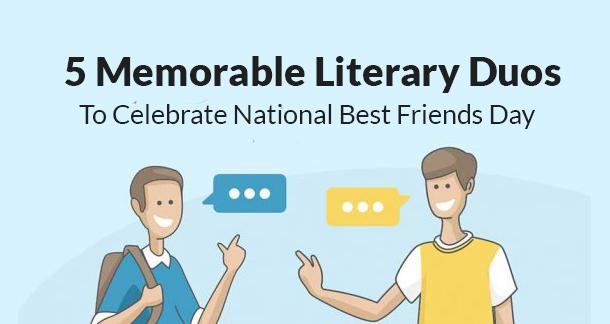 Pride and Prejudice fans have always swooned over Mr. Darcy’s courtship of Elizabeth Bennet. But there are plenty of Austen readers whose favorite relationship in the book was a little less prideful and prejudiced: the unbreakable bond between Lizzy and her sister Jane.

Jane Bennet isn’t just Elizabeth’s level-headed older sibling — she’s her best friend. And a bond like theirs is worth celebrating, as much as the classic romances that sweep you off your feet.

Looking for some other literary double-acts to inspire you this National Best Friends Day? Here are five of my favorites. From Neapolitan girls in the post-war era to Hobbit adventurers in the Ent-ruled woods, these dynamic duos are sure to have you missing your own partner in crime. 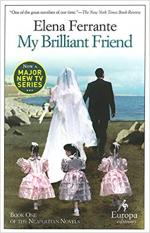 1) Elena and Lila (The Neapolitan Novels)

Eight years and an HBO series after its publication, Elena Ferrante’s hit novels still offer the definitive word on female friendship. No wonder followers of quasi-disgraced influencer Caroline Calloway like to invoke it to describe her fraught relationship with ex-bestie Natalie Beach.

Of course, the friendship at the center of My Brilliant Friend and its sequels flourished in circumstances vastly different from the plush, picturesque backdrops seen on Calloway’s Instagram feed. Elena Greco and Raffaella “Lila” Cerullo grow up together in the 1950s, in an impoverished Neapolitan neighborhood ruled by organized crime. Education seems to be their only way out. But while well-mannered Elena does well in school, she feels like a “pale shadow” beside spitfire Lila, a true prodigy.

As Ferrante follows these finely drawn characters from girlhood to old age, she depicts a friendship at once volatile and transformative, marked by competitiveness and resentment as well as love.

Buy My Brilliant Friend at Bookshop or Amazon 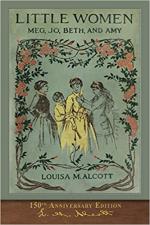 Little Women is many things: one of the greatest children’s books ever, the basis for two Oscar-nominated movies, and the battleground for one of literature’s earliest ship wars. But this fandom conflict was nothing like Team Edward versus Team Jacob: it was Team Author versus Team Reader.

Alcott’s 19th-century fans desperately wanted to see bookish tomboy Jo March end up in the arms of Theodore “Laurie” Lawrence, the charming neighbor boy who joins in her imaginative games and admires her sharp mind. But Alcott famously declared, “I won’t marry Jo to Laurie to please anyone.” And so, one failed marriage proposal later, the puckish pair decided they were better off as friends.

If you’re still a diehard Jo/Laurie shipper 150 years later, I get you. But there’s no denying that their effervescent friendship is what makes them so irresistible together in the first place. 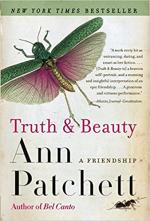 This literary duo is a little bit different. Jo and Laurie might have been iconic characters, but Ann Patchett and Lucy Grealy were a real-life literary pair: two writers who worked side by side at their craft until tragedy cut their friendship short. Patchett, a decorated novelist, published her eleventh book last year — seventeen years after Grealy’s death.

A gifted poet and memoirist, Grealy is best known for her searing Autobiography of a Face, which recounts the aftermath of her childhood battle with Ewing’s sarcoma. This rare and aggressive form of cancer, which ravaged her jaw, led to highly visible facial difference — and a lifetime of painful reconstructive surgeries. Patchett, who met her at the storied Iowa Writers’ Workshop, recounts their turbulent, passionate friendship in her own memoir, Truth and Beauty.

Patchett’s narration doesn’t shy away from either Grealy’s incandescent brilliance, or the complicated feelings it evoked. Nor does it flatten out the shock of her death, a grief without closure. As this truthful, beautiful memoir makes clear, friendship isn’t just about the good times.

Buy Truth and Beauty at Bookshop or Amazon 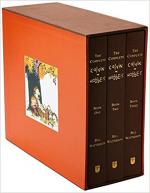 This playful pair needs no introduction. Since their debut strip came out in 1985, the rambunctious six-year-old and his (comparatively) cool-headed tiger pal have been delighting comics fans with their antics, from their confounding games of Calvinball to the activities of their two-member G.R.O.S.S. club (short for Get Rid of Slimy GirlS).

When Calvin and Hobbes are together — which is pretty much, well, all the time — they don’t seem to need anyone else. Ultimately, that’s the idea put forth by the comics that brought them to such enduring life: a true friendship is like a world unto itself.

Whatever grown-up Calvin is doing today, we know that Hobbes is right there beside him, ready to surprise him with a pounce. After all, you can take the tiger out of the jungle, but you can’t take the jungle out of the tiger.

Buy The Complete Calvin and Hobbes at Bookshop or Amazon 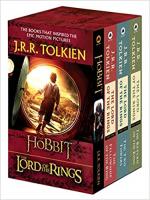 5) Merry and Pippin (The Lord of the Rings)

Frodo and Sam, Legolas and Gimli — the Lord of the Rings books are full of memorable duos. But for National Best Friends Day, I want to spotlight a pair who began their adventure as friends, only to grow even closer on their path to heroism.

Frodo and Sam, after all, are a master and servant who become equals under the shared burden of the Ring. Meanwhile Legolas and Gimli are ancestral enemies who learn to see each other as trusted comrades-in-arms. Meriadoc Brandybuck and Peregrin Took, on the other hand, have always been friends, inseparable during their idyllic boyhood in the Shire.

When they join the Fellowship of the Ring, however, the two mischievous hobbit youths learn to do the hard work of heroism: they survive an abduction, march with the Ents, and offer their swords to the forces preparing to face the Dark Lord. Imagine getting to do all that with your childhood friend!

Buy The Lord of the Rings at Bookshop or Amazon

Which of these literary duos makes you think of your best friend?