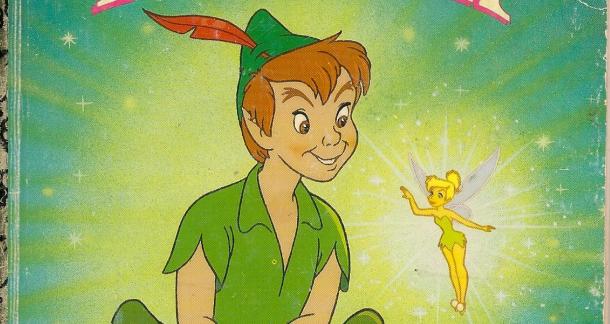 J.M. Barrie was a literary genius. His Peter Pan is the single-most romantic adventure tale for children ever created, and he's inspired countless adaptations through the years since the book's 1911 publication. What little girl, who's found reason to be pissed off at her parents, doesn't want to be swept away in dramatic style by a mysterious boy who can fly? And what little boy doesn't want to stay a little boy forever?

Gah! I know I surely wanted both!

Mr. Barrie's tale of Peter, Wendy, Michael, John, Tinkerbell, Captain Hook, and the wonderfully goofy Lost Boys has captured the collective imaginations of generations, past and present, and the film incarnations of Peter and his crew are wildly diverse, with sequels and prequels and re-imaginings of the original crowing Pan.

In celebration of the (widely-panned) new release Pan, out last Friday in Theaters everywhere, we're taking a look at the many version of Peter Pan, and why I love (or despise) them. 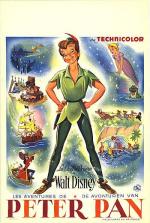 If we're going to set a standard for "good" Peter Pan films, we'll have to use the original Disney animated Peter Pan (1953). While it wasn't the first animated version, it was one of the early Disney flicks that set the era's gold animation standard. To call it anything less than good would be a disrespect to Walt Disney and his entire legacy.

The 1953 Pan is pretty standard-issue. Peter wears tights, Wendy a flowing nightgown, and the Lost Boys are a happy, motley crew. Captain Hook is endearingly bad, and Smee has that goofy, gravely, Disney voice.

This version of Pan introduced the world to a Tinkerbell who was more than just a ball of light. This Tinkerbell had curves, a ponytail, cute little pom-poms on her shoes, and an attitude the size of Mount Everest. This iteration of Tinkerbell went on to make millions of dollars for Disney in fairy merchandise and spinoff cartoons, so I think it's fair to say: the 1953 movie defined an entire product line.

That said, it's definitely dated. The songs are cheesy, the dialog is corny, and the voices...oh, the voice of Wendy alone is enough to drive an ice pick through your brain.

Thus, it is good. Not great. Not terrible. Just good. 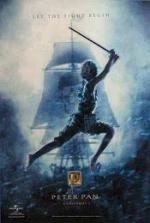 In 2003, director P.J. Hogan (My Best Friend's Wedding is his most notable work) brought the aptly named Peter Pan back to the big screen with his live-action movie adaptation. Staying true to the original story and casting a handful of unknowns who immersed themselves in their characters, and bagging the cheesy song and dance routine, Hogan's Peter Pan was aesthetically lovely, full of magic and wonder, and was otherwise unremarkable in any way.

This particular Peter Pan was played by a normal young boy for whom young girls could swoon. Wendy, too, played by an actress you've never heard of named Rachel Hurd-Wood, was quite lovely. I enjoyed this movie, the one time I watched it...and then I never needed to watch it again. 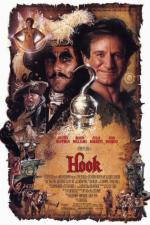 The year was 1991. 12-year-old Leah (shut up) went to the movies with her mom and saw, for the first time, a movie called Hook.

She then saved her pennies, bought the video tape (again, shut up), and watched it so many times that, years later when she watched it with her own daughter, she could still recite almost every line.

Okay. Enough of the talking-about-myself-in-the-third-person. Hook was and remains one of my all-time favorite movies (SHUT UP!!) because it's just! So! Joyful! And fun! I mean, come ON! Robin Williams as a grown up Peter Pan who's forgotten he's Peter Pan? Dustin Hoffman as a snarling, balding Hook? And Julia Roberts as a sassy Tinkerbell with a cute pixie cut? All set in a Neverland so bright and colorful and full of magic it's overwhelming to watch? Plus the biggest and best pretend-food-fight in cinematic history?

Hook is pure joy. I loved it then. I love it now. I just watched it last weekend with my daughter, and she's already asking to watch it again.

Oh. And this is random, but did you know the Goop-tastic (eye roll) Gwyneth Paltrow makes a cameo in Hook? Yep, she plays young Wendy, and as much as it pains me to admit it: she's every bit as fresh faced and beautiful as you can possibly imagine. 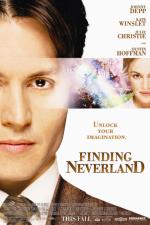 I hated 2004's biopic about J.M. Barrie. Finding Neverland makes me feel grim. Starring Johnny Depp (my all-time-favorite-actor) and Kate Winslet ("Paint me like one of your French girls, Jack...") and focused on the events in Barrie's life that inspired him to write Peter Pan, it's super-depressing. I mean, it's just the same old tale: man meets widow, widow has cute kids and a dog, widow gets sick, widow dies. Ugh! What the hell? Can't a girl get a happy ending sometime?

While I loved the idea of the movie, and while I really loved the costumes, the fact that I spent the second half of the movie crying was enough to chase me away forever. It's like that damn Big Fish. Saw it once, got depressed, never had to see it again. 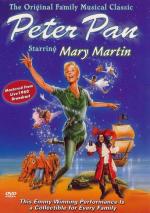 Okay, you guys. Here's where I upset all the theatre-goers out there.

I hate the stage play version of Peter Pan.

There. I said it. Whew, I had to get that off my chest. I'll be honest, I didn't even know I was so emphatic about it until I wrote it! But here's the deal: while the stage version (and the movie/TV recordings thereof) has some catchy, kitschy tunes (songs I can sing from memory despite my best efforts to forget them), and while I know it was impressive the first time any Peter flew out over the audience, for me, Mary Martin and Allison Williams are awful, and having them play the boy I loved as a child is just...deflating.

Also awful are the recent Disney incarnations of Peter Pan in such shows as Jake and the Neverland Pirates and all the special episodes associated with that silly series. As a mom, I've always liked smart shows for my child (her current obsession with Johnny Test and Pokemon notwithstanding), and the version of Neverland and Peter Pan found in Jake is just boring and awful. I was so thrilled the day my child discovered Netflix and stopped watching Disney Junior. 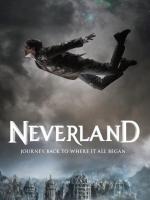 Through the years, there have been many, many more versions of Peter Pan found in theaters and on television. There was even a SyFy mini-series called Neverland back in 2011, and a 1924 silent version.

Which brings us to... 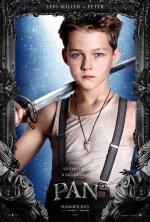 So how was Pan, right? Don't you want to hear about this new, random prequel to the Peter Pan saga?

In Pan, we see a version of Peter before he becomes leader of the Lost Boys. In World War II era London, Peter is an orphan, living in a home for boys. Never mind that in all the other versions of Peter Pan, he gets lost from a much different era London (think late 19th or early 20th century) - this is a new story, and it can create its own mythology.

Critics have widely called this movie a flop, and maybe it's true, but the movie has its merits. Like the Neverland in Hook, this one is lovely and magical and fun. The fairies are back to being little balls of light, which is a nice nod to J.M. Barrie, and the colors and imagery are gorgeous. Peter, too, is young and sweet and clever - exactly the romantic hero every little girl could want. And Tiger Lily's wardrobe...well, suffice to say, I'm about to finally learn how to cosplay.

It's an origin story, plain and simple, and a semi-decent one at that. My daughter and I walked out of the theater smiling, but Peter Pan purists can and do have much cause for complaint. Which is fine. People like to have things to complain about.

But not me. I like to look on the bright side (exception: Mary Martin/Allison Williams). And truly: to live will be an awfully great adventure.

Still going through the original volume. I think this is another case where the movie treatment doesn't really do justice to the book.

Like Poppins in some ways, it's actually darker in some ... downright odd ways. It kind of seems like with these books society didn't start becoming less formal till the beatnik era (the precursor of punk.) A good example is more depiction of the parents, with all the adult cynicism that comes from being ... well adult. That makes it a little jarring.

Yet it also gives it charm, because within itself it doesn't try to be something it isn't, like so many retellings of the same thing by 'modern updating' it. Like I don't think a cyberpunk version would do justice to the source material, as awesome as that would look. (Think if Pan were retold by the Matrix people.)

Then again, my bias is that I've been iffy about Pan movies anyway.

Erp derp, that became more of a review than I intended.