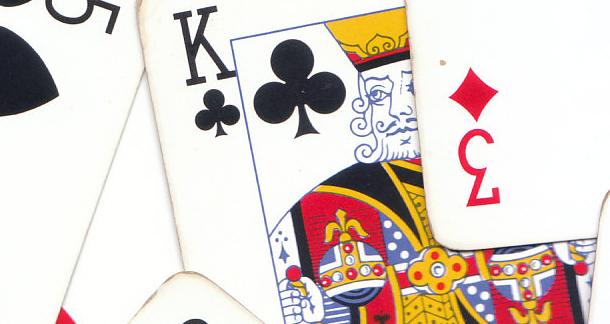 Everyone has heard the old adage, “power corrupts and absolute power corrupts absolutely.” Is it even possible for a monarch to be a hero, given the lack of equality in their status versus the rest of the world’s? Some of literature’s most famous villains of the ruling class didn’t bother to find out; or perhaps they were tormented by the blood shed in their attempts to grab the reins of power. Either way, there’s something compelling about a royal narrative, perhaps because there’s so much potential to change the world for good, although these books show that it doesn’t always go that way. 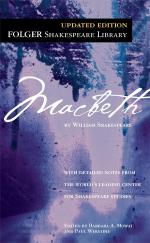 This is the obvious pick, so it can go first on the list to get it out of the way. Much of the Bard’s work is suitable for this topic, but to me, Macbeth is the archetypal tragic monarch; a man whose ambitions are his ultimate vice and cause of his downfall and loss of the crown he so coveted. The historical basis for Macbeth, Mac Bethad mac Findláich, killed the ruling king of Scotland in 1040 before going on to have a relatively stable reign of 14 years.

Get Macbeth at Bookshop or Amazon 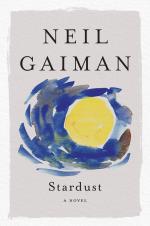 Some of the memorable characters from this novel are not historical figures, but they are definitely mercenary. The sons of the Lord of Stormhold are almost gleeful in their fratricide. Of course, plot events thwart their efforts to become the new ruler of Stormhold, but the constant murderous plotting borders on comical in this signature work by Gaiman.

Get Stardust at Bookshop or Amazon 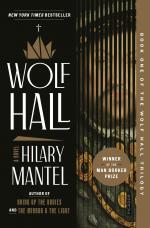 Wolf Hall is the first in a series of historical novels that follow the opportunistic Thomas Cromwell as he seeks to navigate Henry VIII’s tempestuous reign. Cromwell rockets to power while being forced to rely on a volatile monarch: one day Henry is tender, the next, murderous.

Get Wolf Hall at Bookshop or Amazon‎ 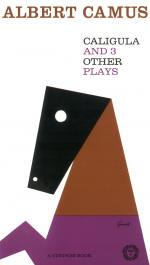 4. "Caligula and Three Other Plays" by Albert Camus, Translated by Stuart Gilbert and Justin O’Brien

Caligula’s rule began as a rather temperate one, but the Roman emperor fell ill about seven months into his reign and his behavior became increasingly erratic. He was known to execute allies, enemies, and random passersby. Camus plays on this to explore themes of collective versus individual sanity. He wrote of Caligula, “One cannot destroy, without destroying oneself. This is why Caligula depopulates the world around him and, true to his logic, makes arrangements to arm those who will eventually kill him.”

Get Caligula... at Bookshop or Amazon ‎ 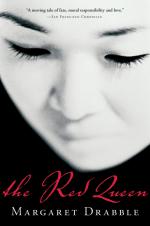 5. "The Red Queen" by Margaret Drabble

In this novel, Dr. Barbara Halliwell, on a grant at Oxford, receives an unexpected package that turns out to be a centuries-old memoir by Korean Crown Princess, Hyegyong, who recounts in extraordinary detail the ways of the Korean court and confesses the family dramas that left her childless and her husband dead. In real life, the Memoirs of Lady Hyegyong consist of four memoirs that were written within a ten-year period from 1795 to 1805, depicting Lady Hyegyong's life before and after being chosen to marry Crown Prince Sado. These texts include descriptions of Prince Sado's continued descent into violent madness until his execution by being locked in a rice chest for several days on the orders of his father, King Yeongjo.

Get The Red Queen at Amazon 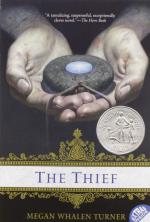 This fictional series for middle readers and young adults first debuted in the 1990s, and since then it has influenced myriad other writers and undoubtedly remains a favorite on many bookshelves. The first of the series is on this list because the pseudo Hellenistic world that the books inhabit is written like a large spider web of feuding monarchs, with Gen, the young, cocky thief of a protagonist, caught in the middle.

Get The Thief at Bookshop or Amazon 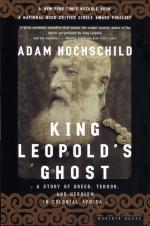 7. "King Leopold's Ghost: A Story of Greed, Terror, and Heroism in Colonial Africa" by Adam Hochschild

King Leopold’s Ghost takes the reader to Africa in the 1880s, when European powers were carving the region into pieces and King Leopold II of Belgium seized unexplored territory surrounding the Congo River and proceeded to decimate it. From Amazon: “King Leopold's Ghost is the haunting account of a megalomaniac of monstrous proportions, a man as cunning, charming, and cruel as any of the great Shakespearean villains. It is also the deeply moving portrait of those who fought Leopold: a brave handful of missionaries, travelers, and young idealists who went to Africa for work or adventure and unexpectedly found themselves witnesses to a holocaust.”

Get King Leopold's Ghost at Bookshop or Amazon 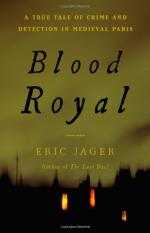 8. "Blood Royal: A True Tale of Crime and Detection in Medieval Paris" by Eric Jager

This medieval murder mystery begins in 1407, when Louis of Orleans is killed by a band of masked men. The crime stunned and paralyzed France since Louis had often ruled in place of his brother King Charles, who had gone mad. “As panic seized Paris, an investigation began. In charge was the Provost of Paris, Guillaume de Tignonville, the city's chief law enforcement officer — and one of history's first detectives. As de Tignonville began to investigate, he realized that his hunt for the truth was much more dangerous than he ever could have imagined.” King Charles VI was known to attack his own allies, forget his identity, and suffer from glass delusion.

Get Blood Royal at Bookshop or Amazon 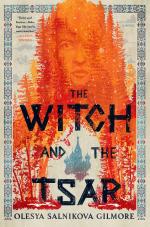 9. "The Witch and the Tsar" by Olesya Salnikova Gilmore

A recently released fictional tale of half-goddess Baba Yaga witnessing a sixteenth century Russia on the brink of chaos. Tsar Ivan—soon to become Ivan the Terrible—grows more volatile and tyrannical by the day, and Yaga believes the tsaritsa is being poisoned by an unknown enemy. But what Yaga cannot know is that Ivan is being manipulated by powers far older and more fearsome than anyone can imagine.

Get The Witch and the Tsar at Bookshop or Amazon 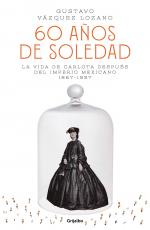 As far as I can tell, this biography is only in Spanish, but it’s the first to focus on the six decades that Carlota of Saxe-Coburg-Gotha survived after the fall of the Second Mexican Empire. France tried to establish a monarchy in Mexico during the 19th century, a venture that did not go well for Carolta, who with her husband Maximilian, were installed by Napoleon III as Emperor and Empress of Mexico. Maximilian was eventually executed by firing squad, and Carolta slipped into isolation for the remainder of her life, never fully recovering her mental health after returning to Europe.

Get 60 Anos de Soledad at Amazon

Is there a title you think should be on this list? Let us know in the comments.