The Machine With a Soul: Typewriters In the Past, Present, and Future 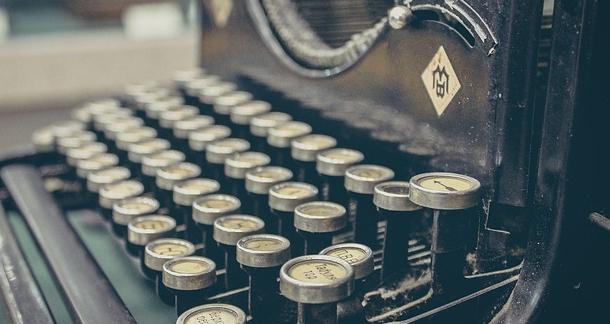 “There was a young man who came into the shop,” one of the associates at an antique store in Gloucester recalls. Afternoon light from across the harbor falls on rows of tweed coats, polished wing tip shoes, and an Underwood or two. In the best possible way, it looks like where Daniel Radcliffe found his clothes for Kill Your Darlings. “He was just out of the Coast Guard, and he was a little...lost. He only knew he wanted to do something that involved writing.”

“And so,” continues another co-worker, “we looked around for a week and found him a typewriter. Mint condition, not a scratch on it. We gave it to him as a gift.” Here, both men break out into bemused smiles. “In return, he used it to type us a beautiful love letter.” 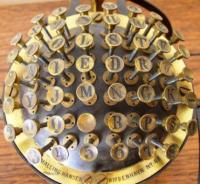 A Labor of Love

A typewriter is a machine, just like a computer. It is composed of a keyboard, a ribbon, and a platen (that tubular piece for absorbing impact of the keys). For many writers in particular, however, there’s something sacred about the typewriter. Devoid of apps, social media, and email, they allow the author some breathing space. Or perhaps our fondness stems from that quintessential black-and-white image in the collective cultural imagination: a man with his typewriter, clacking away in a lonely hotel room, bottle of cognac at his side.

It’s a romantic image, and one that’s proven rather difficult to shake in the twenty-first century, especially when so many famous authors genuinely loved their typewriters. Isaac Asimov rocked a pink Selectric, L. Frank B took readers to Oz with a Smith Premier, and Philip K. Dick owned a Hermes Rocket. Gwen Dew nicknamed her Hermes Baby “Tappy,” and Ian Fleming’s Royal Portable was gold-plated.

There is no single inventor of the typewriter. According to a 2007 article by the New Yorker, the typewriter may actually have been “invented” as many as 52 times. The first commercially sold typewriter was called the Hansen Writing Ball, which was— as the name implies— round. The keys, which had no lower case setting, were placed on pistons that imprinted ink onto paper. Friedrich Nietzsche owned a writing ball, but grew impatient with it when he couldn’t figure out how to change the ribbon. He wrote of the machine on the machine:

THE WRITING BALL IS A THING LIKE ME:
MADE OF IRON YET EASILY TWISTED ON JOURNEYS.
PATIENCE AND TACT ARE REQUIRED IN ABUNDANCE
AS WELL AS FINE FINGERS TO USE US.

One of the very earliest typing machines, however, originated as part of a love story. In their formative years, most of these inventions were designed to assist the visually impaired. After falling in love with the blind Countess Carolina Fantoni da Fivizzano, Italian inventor Pellegrino Turri created a machine to help her write, or so the story goes. The machine itself has been lost, but a few notes written by the Countess do survive. Carey Wallace’s novel, The Blind Contessa’s New Machine, is based on their romance.

But typewriters are more than a relic of the past; they don’t merely keep writers from tempting distractions, they also offer a level of privacy, as the Russian government knows. Other creative types have seized upon typewriters as a visual method of expression as well. Performance artist Katherine Ferrier, for instance, uses hers to write spontaneous poetry at gatherings and events. This fellow makes beautiful birds out of spare parts. Staples still sells ribbons, Walmart carries the beast itself, and the “typosphere” has surfaced online as a community of typewriter devotees who sometimes blog through the old-fashioned click-clack of celluloid keys. Are people going to start flushing their MacBooks down the toilet and run out to replace them with a Smith Corona? Probably not, but typewriters have stuck around longer than anyone expected, and they don't appear to be in a hurry to disappear now.

5 Benefits of Using a Typewriter on Your First Draft

No erasing, set the timer, hit go. I miss the days with no backspace, instead piles of paper tossed into my face.