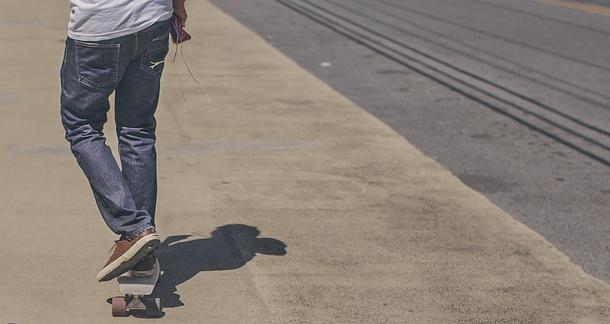 A friend of mine who recently finished six years of military service used to read on the bus between training exercises. It seems like a pretty innocuous thing to do. The ride from one base to another was four hours long, so he brought a book to entertain himself. At least, that was his original intent when he started out as a 19-year-old private. He quickly found that his peers viewed reading as a strictly feminine activity, and a laughable one at that. Tired of the constant harassment that it provoked, he eventually stopped bringing books on the bus.

This incident, although anecdotal and somewhat extreme, is not inconsistent with other outside data on adolescent reading habits:

Based on the information at hand, it's difficult to pinpoint how much of this is the result of cultural norms, and how much might be chalked up to other unknown factors.

Boys reading and asking for more relatable protagonists does nothing to jeopardize the goals of feminism, and they shouldn't be discouraged from making those kinds of requests.

For instance, while some studies found that boys viewed reading as a gendered activity, others came to a totally different conclusion. In 2004, researchers Smith and Wilhelm tested the feminization theory in schools and found that male student’s disinterest in books derived from a lack of engagement with the material or difficulties with comprehension. In an earlier study, some admitted that they saw the books assigned in school as "inauthentic" and it was this that pushed them away from reading, not the perception of it as a "girly" activity. Students were presented with the fictional profile of an avid reader, whom Smith and Wilhelm purposefully characterized with “non-masculine traits.” Instead of criticizing his habits, students had an overwhelmingly positive reaction to the profile.

Some of the statistics listed in the bullets above ran in a 2011 New York Times article by Robert Lipsyte titled “Boys and Reading: Is There Any Hope?” Shortly after, Lipsyte was skewered by The Mary Sue for complaining about a lack of "positive role models for male literacy" when publishing has traditionally been dominated by men and most YA titles still contain male characters. I admit that some of what Lipsyte has to say comes off as heavy-handed, but we don't have to throw the baby out with the bath water. Even framed in an unflattering tone, Lipsyte isn't totally incorrect in asserting that many boys and young men feel disinclined to pick up a book in their free time. Boys reading and asking for more relatable protagonists does nothing to jeopardize the goals of feminism, and they shouldn't be discouraged from making those kinds of requests.

Over Christmas break, I took the opportunity to question several visiting male friends about their favorite books when we were in high school. The titles that came up were mostly science fiction ala Arthur C. Clarke and Isaac Asimov. But not a single designated "young adult" book garnered a mention. When prodded, several answered that as teenagers, they felt uncomfortable and even a little embarrassed in the young adult section. In 2014, New York Magazine profiled Aaron Bergh, author of the Real Men Love YA blog. On the blog, Bergh opens up about buying a YA book with a girl in a "flowing red dress" on the cover under the stares of everyone in the store. But Bergh adds:

I didn't give up. I bought more books and began reading daily...I read Divergent. I read Blood Red Road. I read Delirium...I loved them. I regretted being so late to the sorting.

What do you think? Have you ever been discouraged from picking up a book that seemed too feminine? Or does gender have nothing to do with reading habits?

It's true. I stopped reading in public because I just feel like a pussy. I don't know why? I just do. And I stopped wearing fedoras, too. Hahaha. Did you hear about the guy that— Tried to rob  a bank wearing a fedora. *Laughs*


However, I still read... it looks(?) better on an electrical device...

Community Manager
helpfulsnowman from Colorado is reading But What If We're Wrong? by Chuck Klosterman January 28, 2015 - 11:26am

I wasn't even aware that my female friends were reading and my male friends weren't. I just thought reading was...well, in school they assigned us classics. I thought, "This is what books are, I guess." And those books sucked. Not objectively. Not as an adult. But as a teenager, I had no tolerance or concern for Romeo and Juliet or for Jack Kerouac wandering around, and I definitely didn't want to spend more time analyzing Lord of the Flies than reading it.

Joshua Chaplinsky from New York is reading a lot more during the quarantine January 28, 2015 - 7:53pm

I always loved to read, so I never thought it was "for girls." And I can't remember ever being made fun of that way for reading.

Glad to hear it, Josh. Honestly, this topic probably would never have reached my radar if I hadn't heard similar stories from a number of people, and it surprised me a bit too.

I have noticed that my male students are less likely to read than female students, but I sort of force them to. We read everything in class and discuss it. I let them lead discussion and only interject if I need to re-direct them or they ask for my opinion.

Last year, I taught 15-17 year olds. I had 112 boys and only 16 girls in my classes because we are divided by programs. My designated programs were construction, auto, IT, and Electronics. It was a struggle to get the boys to buy into what I was teaching. I had the most success with Sherman Alexie's short stories, One Flew Over the Cuckoo's Nest, and The Great Gatsby. This year, my male students have really enjoyed Cat on a Hot Tin Roof and Anthem. The books they borrow from my classroom library are usually The Lord of the Rings, various Stephen King titles, and my dystopian YA (Hunger Games, Divergent, etc) and John Green books. I've had more students borrow books this year than last year, but it still isn't as many as I'd like to see reading in their free time.

Gerd Duerner from Germany is reading Rebecca of Sunnybrook Farm January 31, 2015 - 11:26am

Hmm, never got a negative reaction (that I know of) against me for reading. On the contrary. Not even through my short stint with the army, but then, being German I guess we do have different notions about "manliness".


And never heard of reading being a "feminin activity", although it's true, girls/women read more and seem more perceptive than most men.

Now, when it comes to male fictional characters being relatable, well, curiously the men in fiction I feel myself being able to relate to _are_ getting constantly criticised as being to "feminin". While on the other hand most male characters that get lauded as being realistic are, besides usually being obnoxious, often hardly relatable for me.
I guess as a reader I lead a completely different life to the average Joe. :D

something's missing here- boys are turning IN to girls these days. shouldn't they be reading more?