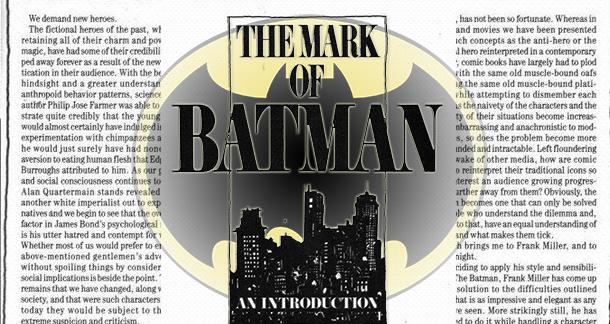 There was a time when comic book trade paperbacks we’re not that common. The Dark Knight Returns, for instance, and Watchmen were notable for being collected and released in book stores. That was in 1986, and in the years that followed it was so rare of an occurrence that a trade paperback release was treated as a special event. From Neil Gaiman’s The Sandman to Kevin Smith’s monumental run on Daredevil that put the character back on the map, trade paperbacks were treated with prestige. And a notable aspect of this prestige was attracting famous names to write forewords for the books, something that has fallen out of practice as trade paperbacks become more common.

In these early trades—before comic books had really picked up mainstream attention, especially in literary circles—oftentimes the comics professionals would speak for themselves. In 1986, for instance, Alan Moore was brought in to write the introduction to The Dark Knight Returns, the groundbreaking comic that was released in four issues just the year before. Titled “The Mark of Batman,” this piece is a work of art in and of itself. It breaks down how Miller, with TDKR, redefined the character who had been associated with Adam West (RIP) for two decades. It discusses the importance of myth and legend and how it permeates every page of the book.

But most importantly he discusses how “All of our best and oldest legends recognize that time passes and people grow old and die.” He brings up examples of Robin Hood, Norse legends and Davy Crockett, and he could’ve just as easily mentioned Sherlock Holmes and Conan the Barbarian. Moore explains:

With Dark Knight time has come to the Batman and the capstone that makes legends what they are has finally been fitted. In his engrossing story of a great man's final and greatest battle, Miller has managed to create something radiant which should hopefully illuminate things for the rest of the comic book field, casting a new light upon the problems which face all of us working within the industry and perhaps even guiding us towards some fresh solutions.

Of course Miller would go on to contradict this later with sequels, but in 1986 Moore understood that the best stories have endings.

Another one of those rare and notable trade paperback collections was of Chris Claremont and Frank Miller’s four-issue Wolverine series from 1982. It was first collected in 1987, and included an introduction from Claremont himself. Claremont, who had been writing The Uncanny X-Men for years at that point, explained his position on the character of Wolverine:

For the most part, you see, Wolvie had been portrayed as a terminal psychotic, akin to human nitroglycerin, ready to explode into a berserker fury without warning, as likely to attack his friends and teammates as his foes. The problem is, that doesn’t leave you – as a writer – many places to go.

This was a good way for him to explain to new and old readers alike from the start that this would be a very different approach to the character. 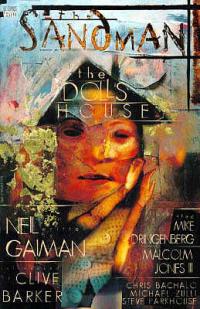 And then there’s Neil Gaiman’s The Sandman and the paradigm shift he presented. The up and coming British writer decided to revamp the Golden Age character, and launched the new title in 1989. Almost immediately it caught the public eye, but strangely enough the first story arc wasn’t collected initially. Preludes and Nocturnes, containing the first eight issues of the series when it was just a DC title, before Vertigo formed in 1993, was released in 1991 and had an introduction from science fiction writer Paul Wilson, known for his Adversary Cycle and Repairman Jack series. Before that, however, in 1990 the second story arc, The Doll’s House, was released with an introduction from Clive Barker.

Barker himself benefited from the praise of others providing a boost to his work. When his short story collection Books of Blood was published between 1984 and 1985, he became an overnight sensation in no small part to Stephen King hailing him as “the future of horror.” Ironically King would write the introduction to World’s End, the eighth volume of Sandman, collected in 1994. Barker and Gaiman were friends, so when he was asked to write the introduction to the book that would put Sandman on the map, he didn’t mince words:

For instance, Mr. Gaiman. In a relatively short time his imaginings have made him the crowd's darling, but his stories are perfectly cavalier in their re-ordering of realities. He doesn't tell straightforward, read-it-and-forget-it tales; he doesn't supply pat moral solutions. Instead he constructs stories like some demented cook might make a wedding cake, building layer upon layer, hiding all kinds of sweet and sour in the mix.

And Barker should have known, considering he delved into similar material with his Hellbound Heart novella, which became the movie Hellraiser, and works such as The Great and Secret Show. The Doll’s House, which had artwork and a tone much more along the lines of the rest of the series, and lacked any overt DC connections, was so successful it led to Preludes and Nocturnes being collected. The entire series not only continued in trade paperback until its end in 1996, but was collected in hardback starting in 1995 and has seen many, many new editions since then. 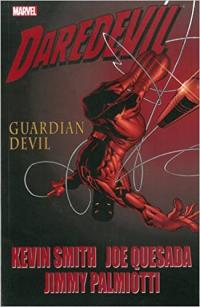 By the end of the decade things had changed quite a bit. The ‘90s saw a push for “graphic novels” over comic books, with emphasis on the kind of respectability that Sandman had captured. Garth Ennis’s Preacher attracted the likes of Penn Jillette. And by 2000 there was the culmination of everything that the comic book industry, especially the big two of Marvel and DC, had worked for in terms of legitimizing their images to the masses: Ben Affleck wrote the introduction for Kevin Smith’s “Guardian Devil” arc on Daredevil.

Now nabbing Smith for Daredevil was a boon in and of itself. He was fresh off his indie darlings Clerks, Chasing Amy and Dogma, was a self-professed geek, and was willing to take over a book that had been lagging in sales and critical acclaim since Frank Miller’s departure a decade before. And Affleck, friends with Smith after starring in a few of the writer/director’s movies, was at the top of his Hollywood game, having won an Oscar for Good Will Hunting’s screenplay, and continuing to ride high on a wave of Hollywood schlock such as Armageddon (bad good) and Forces of Nature (just bad).

Affleck has an intriguing approach to writing the introduction. He admits from the start that he’s a Daredevil fan, talking about the Frank Miller era and reading about Elektra’s death when he, Affleck, was 12-years old. So the Hollywood hunk admits to being a comic book reader, but then goes on to clarify how unique Daredevil was from other comics. “It was my own personal introduction into the world of personal ambiguity,” says the actor that would go on to play Daredevil (unsuccessfully) and Batman (successfully, with a few speedbumps), and then goes on to explain how Miller’s DD seemed to spring to life fully formed without actually being written, drawn or inked. This is taken a step further as he caveats at the end with the usual defense that’s essentially pleading for people to not think that comics are for kids:

Most unbelievers think of comic books as chiefly an exercise in adolescent fantasy — kid’s stuff, to put it bluntly — and that is a shame. After reading the following collected stories, I know that anyone (regular purveyor of the ‘graphic novel’ or greenhorn indie-movie fanatic lured in by the hopes of more Kevin Smith lesbian love triangulation) will find themselves hoping that we have not seen the last of Kevin’s involvement with Daredevil. Because that...would be a real shame.

But something changed at the dawn of the 20th century: comic books went mainstream. After Blade ushered in a new era of comic book movies in 1998, X-Men in 2000 and Spider-Man in 2002 proved they could be especially lucrative. The Dark Knight and Iron Man in 2008 launched the age of darkness (no parents) and shared universes. And within this era trade paperback collections were booming. Authors started “writing for the trade,” as it were, with Brian Michael Bendis being a notable example of “decompression.” His first story arc on Ultimate Spider-Man, the redefinition of the character that started in 2000 with a teenage version of the character, took the 22 pages of Spider-Man’s first appearance in Amazing Fantasy #15 and extended it into seven issues, released in trade as Power and Responsibility.

And for a while the attention grew. Mark Millar’s The Ultimates 2, which ran from 2004 to 2007, had an introduction from the English television and radio presenter, film critic and presenter Jonathan Ross. But with this glut of trade paperbacks and the ubiquity and expectation of everything getting collected and re-released, the occasion of writing introductions and forewords for comic books decreased. These days it’s mostly only common to see one in a hardcover collection emphasizing the aesthetic, coffee-table aspect, or in an anniversary edition such as comic writer Kieron Gillen’s introduction in the first volume of Image Comic’s reissuing of Chynna Clugston Flores’s Blue Monday.

Something isn’t valuable because it lasts forever. The fact that big-name personalities descended from the heavens to put their stamp of approval on lowly comic books is what made them special. It’s understandable that this has become less common, but it still feels like trade paperbacks have lost something. They’re just a little more factory produced and cookie cutter without the intimacy of a guiding hand to welcome you to a nice new story, or perhaps some new thoughts on an old tale. 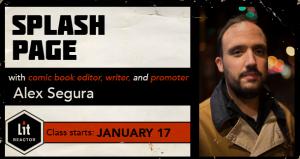