Recap: The Long & Winding Road is a multi-part essay about my endeavors to get an agent and publish my first novel. Part I discussed writing my first novel and seeking representation, Part II discussed "revision hell", Part III discussed talking to and landing an agent, and Part IV discussed editing with an agent.

After all that revise and wait, revise and wait, rinse and repeat, more than a year of it, in June of 2010 we were finally prepping my book The Girl Who Would Be King to go to publishers. Because we still had concerns about the violence and if it would feel “YA enough” we kept our initial sub list small, in that we were only submitting to six houses. But they were the six biggest houses around, so I found myself paralyzed in fear (and more than happy with a smaller sub list).

We spent a few weeks preparing the packages that would go out, which mostly means I waited as patiently as possible while my agent did all the hard work. In mid-July of 2010 we were officially out on submission and I settled in for what I expected to be the worst (and longest) wait of all.

Within two days we had a pass. I had thought I would be destroyed by the first pass we got, but instead I found it very easy to take. I suppose because I had known we were going to get some passes, it was inevitable and thus I was mentally prepared for it. And it had come very fast, which seemed superior to waiting a long time for bad news. My agent told me not to worry. And by the end of the following week we had serious interest from the house that, if I’m honest, was the one I had really wanted all along.

By the end of the following week we had serious interest from the house that, if I’m honest, was the one I had really wanted all along.

The praise was incredible. It was everything I’d dreamed of and hoped for. This sounded like it was going to be a buy…after all this hard work, a year of revision, and a good four years writing the book in the first place, it was all happening! My agent and I could not have been more pleased. My agent was able to let everyone else know that we had interest to speed them up, and we released to two more houses that we had been holding back on.  Things started happening fast.  We got another pass and it came with our first “too violent, not YA enough” comment.  This made me nervous, I suspect it made my agent nervous as well, but he maintained that as long as the first house remained interested we were fine.

We got another pass not long after and it came with interesting feedback. The editor we had sent to actually loved it, but she hadn’t been able to get support from others and knew she would lose the battle to fight for it. So she reluctantly passed. I kind of still adore her for her comments.

In the meantime, the editor from the interested house had passed it on to her boss, who had also loved it.  The next step was the editorial board. Everything was AMAZING.

While waiting for the editorial board to discuss my book we got another pass and another “too violent” comment. I was getting an ulcer. We now had three passes, two no response, and one taking it to their editorial board for review.  My agent said that the interest was strong and the editors we were dealing with had great track records, ideally we would have more interest, but all we needed was one and he felt it was a great fit if we could make it work. I agreed.

And then disaster.  The editorial board had rejected it.

The editors were still in love with it, they’d fought for it, but it had been considered too risky. The violence and the feeling that it wasn’t “YA enough” were the primary reasons given. It was devastating. I was conflicted not only because I didn’t at this point want to remove those “risky” things from the book, as I thought they distinguished it and made it powerful, but because this is what my agent had been warning me about all along.  The reason we had had so many passes, the reason he had been hesitant to go out on sub. It was disappointing to accept that he had been right all along, although I had never really doubted it, and instead just hoped that things would go our way anyway.

The larger problem was what to do now.

At this point, regardless of what these publishers thought, or whether my manuscript was saleable as it was, I didn’t really want to change the things I knew they wanted me to change.  I sensed that another revision was going to be very difficult. That I was going to struggle with a final revision in so many ways. Also, I was painfully tired of the book at this point. That didn’t mean I didn’t like it or think it was good, but the honeymoon was over – and had been for a loooong time.

We had three options:

1. We could sub wider to a larger variety of houses - none of them as big as the big six, but many of them interesting. My book was risky in a lot of ways and I'd come to think maybe a smaller house might be more willing to take on my “dangerous” book. This was an option my agent did not advise. His advice was, and had always been, that going with the “wrong publisher,” especially for your first novel, can be worse than not selling at all. That was hard advice to disagree with – especially since his instincts had just been proved exactly right.

2. We could go back into revisions, trying hard to "YA it up" and tone down the violence to something solidly "PG-13 rated," and try to resubmit the book to the house that had wanted it and to a few others that we knew liked it but were thrown by the violence.

3. We could trunk the book - if only temporarily- as it might sell easier as a second novel after I had a proven record and bigger audience. This would mean putting The Girl Who Would Be King aside and moving on to my next novel.

Because surely by now I HAD written another novel, right?  I mean...it had been 15 months since I'd secured my agent, I wasn't an idiot, right?

Thanks for posting these, Kelly. They are very informative.

Thanks! I'm glad someone is enjoying them! If I help one person than I can die happy (not really).  ;) 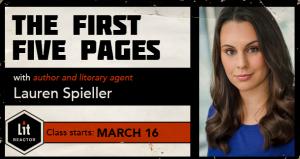