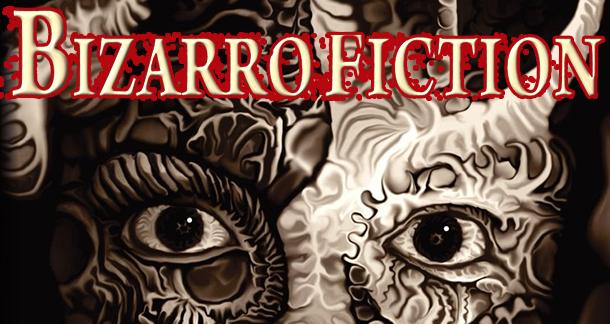 For some strange reason, there are more articles about the origins and definition of bizarro than about what this genre is doing now. While the history of the genre is great, and defining it is as entertaining as anything else when it comes to debating literary definitions, the fact that bizarro has grown exponentially in the last few years is what I think we should be focusing on. Once an almost underground movement, bizarro is now everywhere, and the authors currently working under its banner are among some of the best contemporary purveyors of fiction across all genres. This, then, is my love letter to bizarro, where I started my writing career and the place where my early hustle was forged. This is also an invitation to drop whatever formulaic mess you might be reading now and enter a world where rules don't apply and anything can, and does, happen. These are the reasons why you should be reading bizarro right now:

I read—and love—crime, horror, science fiction, poetry, and literary fiction. However, in my current to-read pile there is always a bizarro title because no other genre provides as much wild entertainment on per page. Early on, bizarro understood that providing books short enough to keep readers glued to the page was the way to go, and they've stuck to that formula ever since. Go spend $25 on whatever is currently sitting at the top of the NYT bestsellers list and then buy a recent bizarro release, which will probably set you back about a third of that. I guarantee you'll find the bizarro book beats the shit outta the Big Five hardcover in terms of entertainment value for your dollars. This doesn't mean that you shouldn't read the $25 book if you want, but that sleeping on bizarro is a big mistake that could cost you a lot of good reading times. 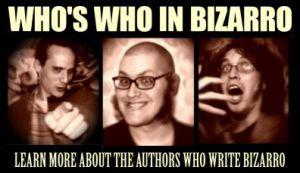 The best in the game

While new authors start working in bizarro every year, there are a few established names that should be enough to draw you in. Carlton Mellick III, for example, is not only the father of the genre but also one of the most imaginative, unique voices to ever work in fiction. However, while Mellick is practically the face of genre, there are other authors under the bizarro flag whose work is too diverse for other genres to accept. Jeremy Robert Johnson, Laura Lee Bahr, Cody Goodfellow, Stephen Graham Jones, Brian Evenson, Brian Allen Carr, and even Joe Lansdale are bizarro. In fact, I sat on a panel with Lansdale recently at ArmadilloCon in Austin, and he talked about bizarro being the genre that grabbed the weird western and looked for new directions in which to take it. At the end of the day, some of the best writers are writing bizarro, and you're missing out on some crazy good writing if you're not reading them. 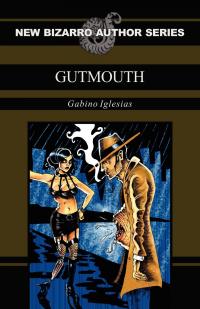 My first book was a novella titled Gutmouth, in which a man living in a post-apocalyptic city plagued by people suffering from horrible mutations loses the love of his life—a three-breasted, one-legged cyberprostitute—to the giant, sentient mouth in his gut. It was my celebration of noir, science fiction, and horror, and it was too strange to be picked up by anyone other than Eraserhead Press. In bizarro, there are no rules. If you can think it, it can go on the page, and no one will tell you it's out of place. Sure, the quality of the writing varies wildly, but asking around and reading reviews can help you stay away from the work of those writing weird stuff for the sake of being weird and those creating amazing, extreme narratives that redefine the rules. Some genres allow authors to stretch boundaries, but bizarro allows writers to take them all outside and chop their little heads off before making a delicious stew with their eyeballs. If you're looking for a revolution, come to bizarro.

Broken River Books. Lazy Fascist Press. Eraserhead Press. Deadite Press. CLASH Books. Perpetual Motion Machine Publishing. I could go and on, but the point is this: there are plenty of great presses putting out bizarro books. You no longer need to support shitty presses that publish unedited books with awful layouts. The aforementioned presses are all putting out quality work by some of the most exciting voices in contemporary fiction, and I assure you it won't end here. Take, for example, Brian Allen Carr. His latest novel, Sip, could have easily come from one of the presses above. Instead, it came from Soho Press, one of the top presses in the country. Jeremy Robert Johnson's Entropy in Bloom came out in hardcover from Night Shade Books. Oh, and if you think international superstar Jeff VanderMeer isn't bizarro, then you probably don't understand the true nature of flying bears. The point is that bizarro's growth isn't slowing down any time soon.

Bizarros work harder than anyone when it comes to plugging their stuff and offering readers a good time. Regular readings are boring; bizarro readings don't exist because bizarros perform in order to keep the crowd engaged. To keep it short, here's the deal: bizarro came from a DIY ethic and never lost it. The authors know that sitting back and waiting for the world to discover their work is a great way to not get read, so they do everything in their power to be visible, to draw attention to their work, and to be better at social media than everyone else. 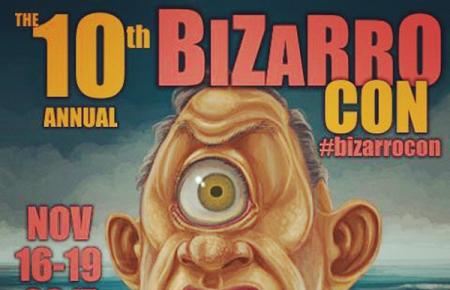 Every November, Bizarros get together for a weekend of literary madness, partying, performing, eating, drinking, and loving. It's the best convention I've been to and the only one I return to year after year. Trust me, you wanna go to it, and reading bizarro is a great way to ensure you know a lot of the writers who will be there. (Bizarrocon Website)

The funniest thing about getting seals of approval from some of the biggest names in fiction is that bizarro never asked for them. Still, they are appreciated. Go look at bizarro book blurbs and you'll find names like Brian Evenson, Stephen Graham Jones, and Chuck Palahniuk, who's sort of patron saint of the genre. Go to Bizarrocon and you'll spend time with folks like John Skipp and Brian Keene. Read your favorite site (ahem) and you'll see it populated by Bizarros. Those who know what's good have given their seal of approval to the genre, and more folks are joining every day. It's time you did, too.

Now tell me about your favorite bizarro book in the comments. That way, those ready to jump in have a starting point.

Austin James from Northern Utah is reading everything I can get my hands on September 18, 2017 - 8:51am

Motherfucking Sharks by Brian Allen Carr basically took my breath away. I'm currently reading Sip, which is just as good if not better.

I also recommend the Bizarro Starter Kits--all sorts of weird stories and deep emotions in these anthologies.

Don't forget to check out the Bizarro Central website as the main page is constantly updated with news about the genre, including upcoming book releases, etc.

SOLD! I need to get some Bizarro in my reading pile ASAP. An excellent and timely article, thanks.

Community Manager
helpfulsnowman from Colorado is reading But What If We're Wrong? by Chuck Klosterman September 18, 2017 - 11:18am

I started with Satan Burger. Or maybe Angeldust Apocalypse. Hard to remember which was first. I started reading them when I found the small press section at Powell's, and in the middle of getting an English degree needed to read something with some entertainment value. Bizarro has never let me down on that front.

A recent favorite of mine was Hammer Wives. The title story is a sort of takeoff on the Winchester Mystery House, and it's entertaining as all hell.