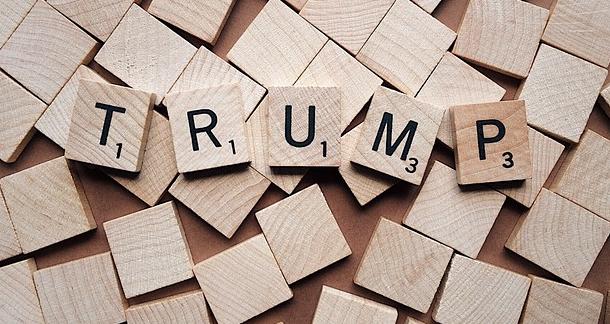 This is the first Independence Day under a new presidential administration. With everything that’s happened since last November, it’s unlikely to be one the world will easily forget. For many of us in the United States, there's sure to be a surreal tinge to the patriotic festivities this year.

Shortly after Donald Trump was elected, musician Amanda Palmer observed that the new president's proposed policies (the border wall, travel ban, etc.) might be the catalyst for a cultural revolution, a chance to “make punk rock great again.” Now, far past the 100-day benchmark, how has the political climate made an impact on the tastes of contemporary readers?

Sometimes all you can do is laugh. Satire has been one of the most talked about genres of writing since the election. It transcends media platforms, working its way into memoirs, television and podcasts. Al Franken, Giant of the Senate, couldn’t have hit shelves at a better time, especially given his affiliation with Saturday Night Live. But satire in the age of Trump still requires some serious contemplation. "It's hard to treat someone who is naturally hyperbolic in a hyperbolic way," Mike McAvoy, CEO of The Onion recently stated at a media festival. That difficulty didn't stop Booker Prize–winning author and essayist Howard Jacobson from calling the president a "carrot-face without feelings” in his satire, Pussy.

I'll never forget the day Trump was elected. From the moment they opened, I worked the polls as a local beat reporter. Here in Massachusetts, what I saw was pretty placid. On the surface, voters were more worried about issues surrounding charter schools and the legalization of recreational marijuana than the presidential race. Even at a local paper, the words “echo chamber” were thrown around quite a bit the next morning, when the nationwide hangover was at its peak and news agencies were kicking themselves for not predicting the outcome sooner. Despite consistent criticism from Trump, however, the election resulted in a surge of new subscribers.

The Handmaid’s Tale was penned by Margaret Atwood over two decades ago. There can be no doubt, however, that it stands out as a novel that has gripped the collective conscious of today's America and shaken it. As senators debated over the deeply contested healthcare bill in June, a procession of Planned Parenthood volunteers showed up to protest in the stark red and white garb of the show. Other classic dystopian works have seen heightened sales as well, such as Sinclair Lewis' 1935 novel, It Can't Happen Here and George Orwell's 1984.

An interest in World War II, possibly related to perceived parallels. Erik Larson's 2011 book In the Garden of Beasts, which catalogs the rise of Nazi Germany from the perspective of an outsider, has been a popular selection for book clubs and reading lists. This trend is more of a subtle undercurrent I've noticed, and I think it may relate to readers identifying with the feeling of global tension that came as a precursor to the war. There have been quite a few fictional works about this era to hit shelves this year as well. Recent release Killers of the Flower Moon, a history of the FBI's origins, is another highly topical read, given the role of the FBI in current events.

There's bound to be some thoughts on this topic, so share them in the comments below. Please don't be horrible to each other.