The Life Cycle of Books 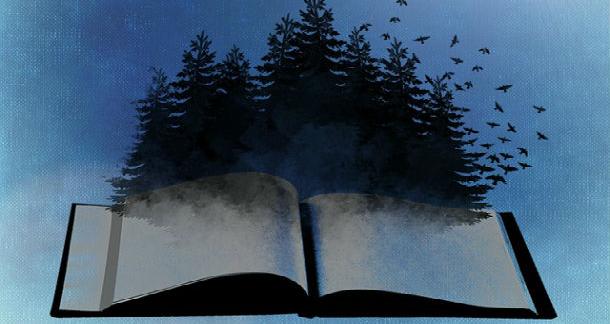 Books are born and die all the time. I'm not speaking of the cycle of creation that all writers know so well: the loop of ideas, draft, submissions, and eventual publication. I mean the physical lifespan of binding and pages. In celebration of Earth Day, I take a quick look at how much waste our beloved books create, and what happens when they are eventually left to rot in a garbage heap.

One takeaway is that while traditional paper books create waste in their construction and destruction, eBooks may not be ideal green alternatives. A number of sources have investigated the carbon footprint of eReaders, but the data changes with each model, so it can be difficult to keep up. In general, the owner of such a device has to read a fair number of books on it in order to negate the waste produced by manufacturing. Depending on the model, it can take upwards of 20 titles to balance the carbon footprint of an eReader.

A 2002 article in the Guardian muses:

Books, their information consumed, pass to charity shops, jumble sales, or through the hands of literate dustmen, to the lowest rung of dealer; and from there, they start an irregular climb, increasing in order, negative entropy, and incidentally price, until they reach...the ultimate specialist in cheese or chess, concrete or campanology.

Most books are created with the intention that they should last a very long time, and that chain of "charity shops and jumble sales" can prolong the life of a volume for centuries, but others are less fortunate. No book lover enjoys or even likes to admit to throwing books away, but most of us have done it. If the floor is covered in books, there comes a point when you at least need a trail out of the room, after all. Even donating used books to a charity doesn't ensure that they won't eventually end up in a landfill. According to book recycling company, Discover Books, two billion pounds of books become waste every year.

Sometimes a book has to die; its time has come to bend to entropy and take its place in the natural order of things. But there are ways to give a book a “good death.” It's difficult to recycle books because of the glue used in their binding, but there are ways around that and many communities have specific drop-off spots for reading material. Textbook Recycle, for instance, saves thousands of pounds of books from landfills every year. You could also get creative with that box of mouldy-smelling novels you bought at a garage sale and build a (possibly flammable) chandelier or donate them to one of these organizations.