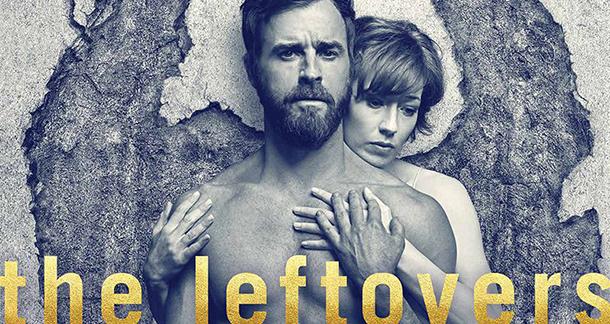 I won't mince words here—The Leftovers is the best show on television, and I'm sad that it's suddenly departing from our lives when the series wraps up this month.

Before we pour one out, let's look back at the pilot from a craft perspective, and examine the techniques that contributed to the show's brilliance from the very start.

First, a story. I watched the premiere back in 2014. While many viewers were hooked, I found the whole thing bleak and depressing (I was not alone). Life's too short to have TV make you feel that way.

Friends of mine implored me to keep going with the show for years. Once I saw it was wrapping up after a quick and nifty three seasons, I decided to dive back into the show and see what the buzz was about.

The bleakness, depression, depravity, and vagueness in the pilot is absolutely critical to the show. In fact, I feel like it's the backbone of the show and all of its conflicts.

After viewing the pilot for a third time, after being totally caught up with the entire series run, I have a new appreciation for it. The same way quality literature reveals more of itself as you read it again and again, The Leftovers offers additional depth and new perspectives upon multiple viewings.

I like to think of The Leftovers as one of the most "literary" shows on television. Since Tom Perotta (one of the show's creators) is a novelist, it's not surprising. (He wrote the book of the same name that the show is based on.)

With that in mind, here are some craft flourishes that contribute to the brilliance of The Leftovers that were evident in the pilot, and carried throughout the series run.

START IN THE MIDDLE

The Leftovers is the ultimate exercise in in media res. This storytelling rule demands that you begin a story "in the middle" of the action to hook the viewer and create an immersive experience. The titular moment in The Leftovers is the "Sudden Departure," when two percent of the world's population spontaneously and inexplicably vanishes.

While the teaser gives us a glimpse of this event in progress, the real story begins just as the third anniversary of this departure is about to be celebrated in the fictional, down-home town of Mapleton, New York.

One question to consider is, why do the showrunners put us into the story at this particular juncture? Because this isn't the story about "what happened," where a lesser show might fall into the trap of trying to be expository. Instead, showrunners Damon Lindelof and Tom Perotta are more interested in what happens next, and how the world is fundamentally changed by the mysterious event.

A question is posed in dialogue: "How should we feel?" That's the horror of losing someone to a mysterious disappearance. Are they alive, or dead? Did they deserve it, or did we?

The pilot hints at how the world has changed. The queasy feeling of bleakness and depression I felt on my original viewing was by design. Dogs get shot. Noses are broken. "Spin the Bottle" isn't enough of a thrill in this new world, as teens burn and choke each other on a whim. Cultists silently stalk the citizens of Mapleton, smoking incessantly, hellbent on making sure no one can forget or heal from the events of the sudden departure. Religions and scientists scramble for answers.

The anniversary represents a critical mass, a moment of inevitable confrontation significant to the main characters, making it a fitting point in time to start the story. 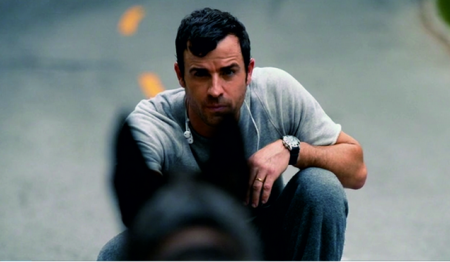 The world has turned hopeless and primal. We're shown this world with challenging symbolism—a pack of dogs roams Mapleton, and a mysterious man hunts them at all hours of the day. Our protagonist, Kevin Garvey, Chief of Police, witnesses a dog get shot, and if you've heard me talk about a "save the cat" moment, Kevin's sympathy for the dead dog and his rage at its death is a "save the dog" moment that gets us on his side. "What a good dude," we think.

He tries to do his job. He cooks for his daughter. He calls his son over and over again. He doesn't understand how humanity has changed.

Later, we learn that the dogs are orphaned, their owners victims of the sudden departure. As a result, they run in a vicious pack. "They're not our dogs anymore," the mystery man says.

Another symbol is the deer that Kevin encounters. Later, it rips apart his kitchen after invading his house. In the final scene, symbols collide as the pack of dogs catch and eat the deer.

When the final frame of the pilot is the heroic and good-natured Kevin drawing his gun to shoot the dogs, we truly realize that this new world will leave no prisoners, that we are all in danger of losing to our most primal selves, and these are definitely not our dogs anymore.

Many story threads begin in the pilot episode. Kevin Garvey tries to maintain a normal family and a normal outlook in a significantly changed world. His daughter's dour demeanor leads her into a dangerous spiral. Kevin's son, Tom, works for Holy Wayne, who can allegedly cleanse pain with a single, mystical hug. Laurie Garvey is a new member of the Guilty Remnant, a cult that has popped up in the wake of the departure. Meg is engaged but is being stalked by the GR. The anniversary celebration is being planned, and it's all but certain the Guilty Remnant will poke at the grief of the attendees, causing violence.

How do you pack all of this into an hour while still servicing the tricky but important development of all these characters?

Some people describe the difference between commercial and literary fiction as this—commercial fiction tells you what's going on, while all of the depth and resonance in literary fiction occurs between the lines. The word restraint comes to mind.

The scenes in the pilot are restrained and short; we get into them as late as possible and exit them as early as possible. What's the best way to take advantage of that small window of screen time?

The Leftovers uses dialogue-free scenes, many of them overlaid with music, to give us an immense amount of information and emotion with incredible economy and precision.

Take, for example, the family picture in the Garvey household. In two very short scenes, Kevin and Jill interact with the same picture.

Kevin, after a tough day, walks up the stairs. He glances at the picture, then smashes it with his elbow. As we see the spiderwebbed glass, a careful viewer can see that he's laser-targeted Laurie, who is now in the Guilty Remnant. He literally breaks his family, lashes out at his wife, and takes another step towards succumbing to this new world with this move, all within a few seconds.

Later, Jill finds the same picture. She takes it down and looks at it longingly, and now we clearly see just how the breaking of the glass centers on Laurie's face. Jill starts picking away the glass to get a better look at her mother. She does so lovingly, and it's acted with a longing that makes it crystal clear that Jill misses and empathizes with her mother.

This same character development could be done with an angry dialogue exchange between Kevin and Jill, or their sounding board characters such as friends or coworkers. Instead, it's done physically, with no dialogue, in just a few seconds.

Another quick example: Jill likes a boy at school, and the depraved "Spin the Bottle" game demands that her friend has sex with him. She walks by the open door and sees them in the throes of passion. They don't care that the door is open, and Jill doesn't seem the least bit affected, another short scene that speaks volumes to the post-departure world and Jill's state of mind. 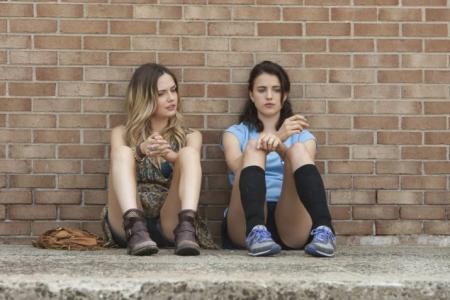 MUSIC IS WORTH A THOUSAND WORDS

Max Richter's brilliant score builds in musical cues that carry over the entire series, and they often underline montage scenes where we get glimpses of characters at the perfect time to relay a ton of information in a short amount of time. The first of those montages in the series includes the breathtaking final frame, when Kevin fires on the dogs, as well as Tom screaming underwater, and Jill picking the glass from the picture.

In addition to the score, popular music is put to use throughout the entire series. At least a half-dozen songs are used in the pilot. Every moment is calibrated and controlled, from Patsy Cline in the background of the bar to Deadmau5 thundering through the party.

Even something as innocuous as the credits are used artistically as the series progresses. The pilot, and season one in its entirety, use a moody and visually disturbing credit sequence, while seasons two and three feature an even more visually provocative credit sequence. In later seasons, songs rotate depending on the mood required for that specific episode, leading up to perhaps the most incredible use of the Perfect Strangers theme music in entertainment history.

This is less of a breakdown and more of a gushing, a love letter to a show that was excellent from the start.

As I write this, there are only two more episodes to go. I don't know what's going to happen; I don't know what it all means. I still don't fully understand the Guilty Remnant or the main characters, or why the symbols are so powerful, but I could write whole essays about them and still not be sure I figured them out.

The show is a curveball thrown by hall of fame pitchers in perfect command of their stuff. Mimic all you can—be precise and economic in your scenes, use silence, use symbols, start your story at a critical juncture and ask questions instead of answering them—but realize that just because you learn to throw a curveball doesn't make you a major leaguer.

The Leftovers is handcrafted by big league creative forces at the peak of their game, and while the pilot isn't even close to one of its finest episodes, it's still as fucking fantastic as Kevin Garvey's meatloaf recipe.

Dino Parenti from Los Angeles is reading Everything He Gets His Hands On June 3, 2017 - 8:56am

Totally agree. The whole Christianity-and-lions thing in the orgy-ferry episode drips with symbolism, irony, and emotion.