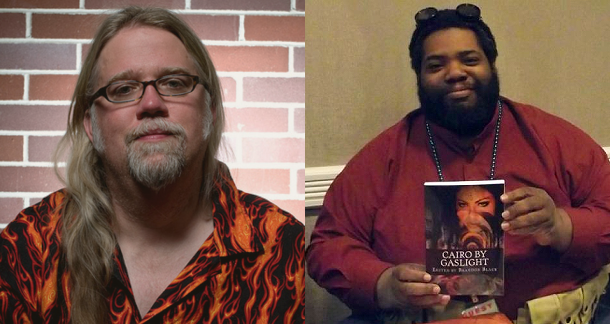 I miss Jay Lake and Brandon Black. I knew Lake solely through his writing as a reader and fan. Brandon Black, the pen name for James Louis Butler III, I knew as a peer and friend. I never had the pleasure of meeting either of them in person.

Jay Lake: Speaker for the Dead

Jay Lake was known for his science fiction and fantasy writing. He dabbled in many genres, which was part of what made his work unique, I think. I knew him primarily as a steampunk author, and still thought of him that way even as I read most of what he put out in other genres and subgenres.

Being a fan of niche subgenres, you have to be industrious to find what you’re looking for. No disrespect to steampunk, but it wasn’t exactly falling off the shelves of bookstores in the quantities I was seeking. I dug around and found copies of steampunk tales and steampunk megapacks. There was a span of a few years where Jay Lake short stories seemed to be everywhere. He was in all these books I found. There were gems in each anthology and magazine, and Lake’s stories were always some of the best. It was enough so that I started seeking out his work specifically. 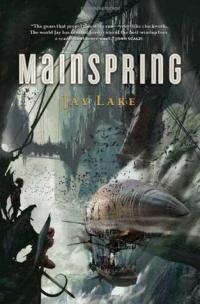 He wrote articles on steampunk that I seemed to run across everywhere too. I remember one in Writer’s Digest, I think it was. He proposed that steampunk was a skin you put over the top of the story, so you had to build the bones and body of the story out of everything else you could find in whatever genres you could. His stories stood out because he built stories from so many unusual pieces.

The Clockwork Earth series and the first book in that series, Mainspring, are great examples of how he made stories his own. He created a fantastic science fiction world to support his steampunk story. It was alien and familiar in equal measures. He redefined steampunk on his own terms the moment pen touched paper.

The Green series by Lake reimagined fantasy adventure into something I have still not seen duplicated.

His short stories still show his greatest range. Any collection by him is good, but you can’t go wrong with Last Plane to Heaven. You get some of his best stuff in that short story collection.

Jay Lake was one of the first authors I followed when I joined Twitter a decade or so ago. It was from that platform and his blog that I watched him fight his long battles with cancer. He blogged about dying from cancer often in very stark terms. Still, with all he described, there was almost a poetic quality to the blunt discussion. That type of feel often comes when some written piece is painfully true.

He died. I remember him writing that he didn’t want to be the cancer guy. He didn’t want that experience to overshadow his work. He also said he felt like he had become the speaker for the dead. People reached out to him to talk about loved ones they had lost or how they were dying, too.

What he shared about dying was powerful and is part of his legacy in my mind. I don’t remember him as the cancer guy or for the awards he did or didn’t win though. I remember him for what he did with the skin of steampunk and wish I could have gotten more.

Get Mainspring at Bookshop or Amazon

Brandon Black is far less well known than Jay Lake. He was far less prolific than Lake or many other authors I could name.

He was part of a robust steampunk scene among indie writers in New Orleans. He did work with the libraries in New Orleans. He took part in public outreach programs with the city. In addition to loving steampunk and fostering it wherever he could, he loved tabletop gaming and strategy games of all different types. He was an uncompromising and unflinching fan and it showed in everything he did. 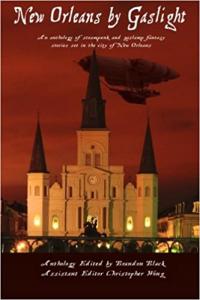 In addition to writing, he took on the task of creating steampunk anthologies centered around alternate histories of particular locations. New Orleans by Gaslight was his first. Cairo by Gaslight was next. Paris by Gaslight was in the works, but he died before that could happen. I had stories in the two anthologies he put out and submitted a story for the third. He put these books together not just to share his own steampunk stories, but because he wanted to read what everyone else submitted.

As an author of color, he encouraged his fellow steampunk authors to embrace diversity and underrepresented persons in our work. As an anthologist, he wanted those representations to be true, well-researched, imaginative, meaningful, and non-exploitive. He made me a better writer.

I had a good year professionally in 2019. I made plans to attend KillerCon in Austin, Texas, and my family planned several days in New Orleans on the way home. I contacted James and let him know I’d be there that summer and we should meet up. He thought that would be great.

That August, after the convention, we arrived in the city. A lot was going on. I sent him a message and said we could connect one day. If he was busy, I understood. I would feel remiss if I didn’t mention I was here, I said. I didn’t hear anything. We finished our vacation and headed home.

I’m embarrassed to say how long it was, but sometime later, I checked in with him on Facebook because I hadn’t heard from him in a while. He had died in July of 2019, the month before I arrived. I was messaging a spirit in a city full of them.

It took a long time to process that my friend had been gone for a while. He wasn’t just dead. He had been snatched out of time because I had missed his passing. Recently, I wrote a short story live on Twitch in his honor called “Avalon by Gaslight.” I know no other way to honor him, but to keep writing.

Get New Orleans by Gaslight at Bookshop or Amazon

What We Leave Behind

Neither author is as widely known as they should be. Their talent is appreciated, but not enough. Jay Lake is remembered and discussed on a semi-regular basis. The name Brandon Black does not have a large catalog of work behind it. Not enough to create any sort of legacy. I included him in an article about Jay Lake because they appealed to me for the same reasons. Their love of steampunk lifted me up. They both made the world better for what they created, and that is the sort of optimistic imagination, in the face of the harsh realities of the world, that steampunk really embodies.

I miss them both. I remember them both as I revisit my favorite stories and worlds in my mind and memory. My heart aches as my mind keeps revisiting them in the places where spirits occupy the corners waiting for our wandering thoughts to find them again. They left impressions on me, others, and the world that are worthy of remembering. I’m glad I lived in a time when I was able to overlap my life with theirs for as long as possible. Life is better because of that.