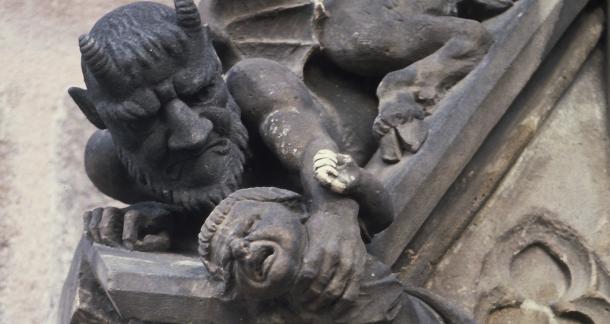 If you don't have anything nice to say, don't say anything at all.

Isn't it convenient that the stupidest quote ever also provides its own defense against critique?

But more to the point, I'll respond to this quote. Why say something mean? Because it's fun to say mean things sometimes.

There's a bit of a backlash against the negative book review at the moment, and I'd like to make a case for why it's good, clean fun to get dirty in your reviews.

You Have My Permission

Buzzfeed made some news a while back for banning negative book reviews from its site. They just weren't going to waste the time bashing on bad books.

The literary world went nuts, defending the practice of writing bad reviews, talking about the necessity of honesty.

Forget that. The debate on whether or not bad reviews are necessary isn't what we're talking about today. Because since when is necessity our guiding principle for everything? Did Voltron NEED to be a giant robot comprised of several smaller robots? No, he didn't, and he was probably a lot harder to build that way, but they did it because it was awesome. Did all four Ninja Turtles NEED to have different weapons? Couldn't they all just use swords? Of course they could have. Nunchucks are never a necessity, but they're always awesome (most quotable thing I've ever said). 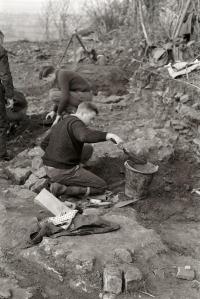 But The Author Worked So Hard!

This is the silliest argument against an honest negative review. We never defend other things with the "They worked so hard!" argument. Donald Trump is the ultimate target right now, and I'd say, day-to-day, he's working pretty hard. Okay, he's not busting concrete, but he's busting his ass. He's working a lot harder than I am, I'll say that for sure.

The point being, nobody defends a politician by citing how much effort he's putting into something awful. Nobody hangs a picture in an art museum based mostly on how long it took to make. Do we keep going to the same mechanic who sucks at fixing cars but tries really hard? Hell no.

I know the author worked hard. But you work hard too. Your time means something, and you're allowed to have an opinion on how you spent that time.

A negative review is a way of taking some of that time back.

Let me give you two scenarios.

When you go home today, your partner or roommate or whoever is going to tell you about her day. And you have a choice.

She could tell you about her day, which was fine. Good, pretty much. No real complaints.

Or, she could tell you about a frustrating, horrendous day. She didn't get hit by a car or something like that. Nobody escaped from a cryoprison and killed all her coworkers. There were just some minor annoyances that stacked up, and the person waiting to tell you about them needs to get them off her chest in a way that starts with the phrase, "You ain't gonna believe this shit."

Now, the question: Which of these days are you more excited to hear about?

Face it, we love that shit. It's conflict. We love conflict. Because when there's conflict, there's something to talk about. Only crazy uncles tell dumb stories that go nowhere and have no conflict.

When you review books, don't be a crazy, boring uncle. Be you. When you write negative reviews, you give people the conflict they want.

If you have trouble writing book reviews, try reviewing a bad book. I bet you'll have a lot more to say.

I've reviewed 540 books on Goodreads. Know which reviews are the most popular? The negative ones. I hated A Tree Grows in Brooklyn, and apparently a lot of other people felt the same way I did, that the tree grows way too slowly and with too much detail. I hated The Scarlet Letter, and boy am I in good company there. I slapped a none-star rating on Merchant of Venice, and that one...okay, that was met with mixed reactions. Probably because I started with the line, "Gorehounds rejoice! This is the one for you." I've learned that Shakespeare fans are not, generally, gorehounds.

You know which reviews aren't popular? My gushing reviews. I can talk about Chuck Klosterman and Patrick DeWitt until I'm blue in the face and chest and all over my body, and meh, nobody really cares all that much.

Part of the joy of writing a review is that someone will actually read what you write. You can say almost the same thing at the same volume and with the same fervor, but if it's positive, nobody is going to care.

Look, it's like hearing your neighbors through the wall. I could listen to my neighbors verbally spar all day, but if I was listening to them say how much they love and cherish each other? I'm calling the cops. That's a disturbance, and I don't have to tolerate that. Some of us are trying to be lonely and morose over here. 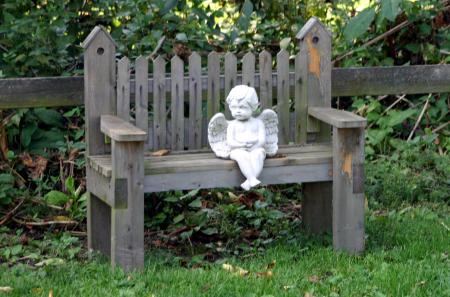 The World Is Too Polite

Ever walk into someone and it's totally your fault and the OTHER PERSON apologizes?

Ever sit at work with an email open all day because you're trying to phrase everything just right so nobody has their feelings hurt?

Damn, it's okay to be a little mean once in a while. Stop torturing yourself with niceness. Unshackle yourself from the rock of kindness. Let yourself be mean. Let the hate flow through you. Give yourself to the dark side. Other Star Wars quotes.

If none of this sounds familiar to you, then I guess you're just naturally a very nice person, and I look forward to your comment below where you apologize to me for being too nice to understand my anger.

It's a lot easier to talk smack than it is to compliment. Look at late night comedy. How often do late night hosts talk about how great something is? Ever? Well, Fallon does, and that's what we like least about him, yes?

If you have trouble writing book reviews, try reviewing a bad book. I bet you'll have a lot more to say.

You Don't Have To Read The Whole Book

Negative reviews are a great way to put a book to bed when it's not going well. Put it down, rate it, review it, give it the business, and walk away from the aftermath like a dude in an action movie who just blew up a huge warehouse and doesn't even care enough to look back at the carnage.

If there's one thing I learned from Ghostbusters, it's that ghosts can and will provide oral sex to living humans.

But if there are TWO things I learned from Ghostbusters, the second, less gross lesson is that you can take a serious thing, like death, and make it pretty fun.

Go off topic, tell a good story, and make it silly. It's okay to have fun while you're saying something negative.

1. Don't attack or threaten the author personally. Don't say you want to throw the author down a well. That's no fun. Okay, it's kind of fun to think of how you would trick someone into actually going anywhere near a well in 2016, but keep it to yourself.

2. Have fun with it. Instead of being an unassailable snob, be a fun person. It goes down smoother.

3. Don't try to defend your cruelty as highbrow criticism or doing a favor to the world of readers by steering them away from bad books. Own what you write.

4. Don't punch down. When a tween with cancer releases a chapter book about dragons who take people to heaven, leave the kid alone, eh?

5. Be honest about how you felt, and tell us about those feelings instead of the plot. This one is good for relationships too. Sexy relationships.

6. It's pretty much open season on long-dead people. This one is NOT good for relationships.

7. Don't get all pissed off when someone goes negative on a book you love. Sometimes fans are worse than the authors themselves. Don't be that person.

8. Don't pick up a book to hate-read it. It's not worth your time. Trust me on this one. As someone who has made this mistake in a big way, trust me.

9. Don't engage with people who comment negatively on your review. Also not worth it.

10. Remember, there will be comeuppance. Someday you'll write a thing, and someone will dislike it.

You lost me with not have to read the whole book. I could understand 70% read, but this one shiznit on booklikes only read 30%.

Excuse me while I disregard her views on the book and buy it anyway.

Thats assuming reviews are about the book abd not the author. There is no telling how many times the joke goodreads attacks the author by stating what they think the author believes and not well ... what they actually believe which is irrelevant to the book.

Case in point, one reviewer recently had to doll out cash in a defanation lawsuit because of a review.

This is also why I never ask for reviews on Amazon. Abd why places like Wattpad are a waste of time for non big name authors.